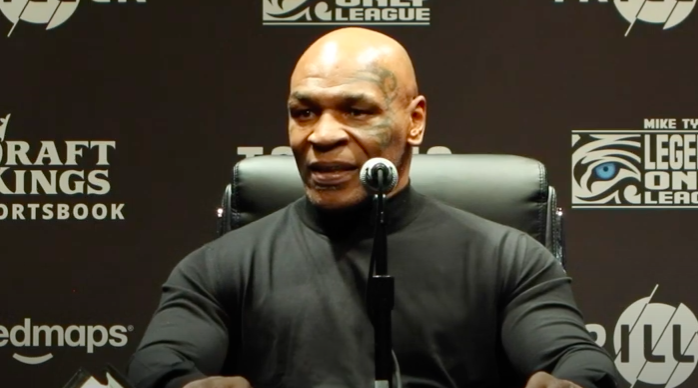 His wife tells him he’s got a mid-life crisis going, but nah, that’s not it, says Mike Tyson.

During a post-fight press conference/philosophy seminar, the 54 year old Hall of Fame boxer, an hour after fighting fellow legend Roy Jones for 8 two minute rounds, blew some minds with his deep-thought takes on what makes him tick.

“What’s that thing again, when you’re an old guy when you drive a lil young guys’ sports car, my wife always says I’m that way,” he asked.

OK, so was he feeling fear coming into this? “Just getting my ass kicked,” said the man who didn’t have an easy time handling being dubbed the Baddest Man on the Planet at age 20, but at the time seemed to be confident in having a stout suit of psychic armor.

And is he hurting now? “My nose hurts right now, yes,” he acknowledged. “I’m very happy I did this. I will do it again,” he said. 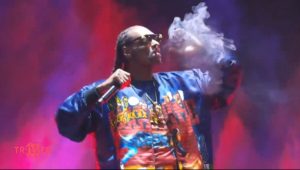 Tyson, who was guaranteed to make $10 million or more, said that he’d be more and more involved with grassroots charities, because he wants that neighborhood violence to cease, in places like Brownsville, Brooklyn, where he grew up.

But no, he didn’t want to be specific with how money might be disbursed.

You could detect a theme, and understand that he’s done deep work on self reflection, with a focus on minimizing the power his ego has over him.

It is clear, it’s still a work in progress, that he has a hard time balancing his alpha side with the part of him that he wants to nurture, the softer part of him, who is not prone to act rashly, or be focused on acquiring material goodies or notches on bed posts.

I will say, as someone who can identify a bit with a bit of where Tyson is coming from, in a few different areas, as far as dealing with whatever his wife and him want to call it, he’s seeming to be on a decent track.

I’m all in on seeing how this progresses.