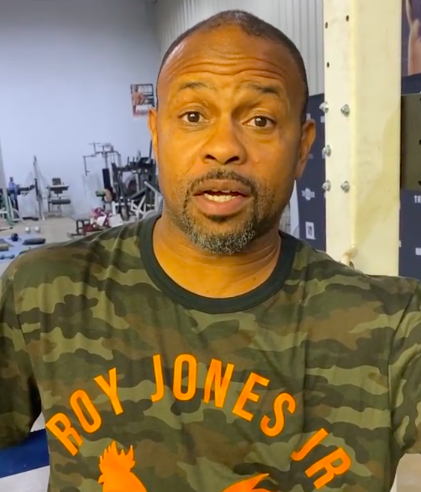 It was March 2003 and Roy Jones Jr. was the undisputed pound-for-pound king. 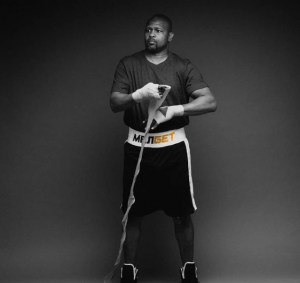 Jones did just fine when facing a much bigger guy, John Ruiz. But Tyson, he’s a different animal…Or is he? This is 2020, and Roy says his hand speed will pay off Nov. 28.

Despite being outweighed by 33 pounds, Jones won a dominant unanimous decision to claim the WBA heavyweight title. He had become the first former middleweight world champion to win a heavyweight title in more than 100 years — since International Boxing Hall of Famer Bob Fitzsimmons accomplished the feat in 1897.

Almost immediately after Jones’ triumph came the inevitable question of what would Jones do next? Stay at heavyweight? Go back to light heavyweight? Perhaps drop down to cruiserweight in pursuit of a title in a fifth weight class?

There certainly were options for him at heavyweight. Don King, Jones’ promoter at the time, got far down the road for a deal to match Jones with Evander Holyfield before it imploded and there was some conversation that Jones would fight champion Lennox Lewis in a unification bout.

But if Jones was going to remain at heavyweight he only had eyes for one man, the onetime baddest man on the planet, Mike Tyson. At the time, Tyson was coming off an eighth-round knockout loss to Lewis in their mega fight in June 2002, and although Tyson was years past his best days he remained a massive draw. Jones against Tyson would have been a huge event in the early 2000s.

Jones indeed returned to light heavyweight, but took off nearly 20 pounds of solid muscle to make the weight for a title defense against Antonio Tarver, who had come to the Jones-Ruiz post-fight news conference and forcefully called him out.

Jones beat Tarver by decision to retain his 175-pound belts but the weight loss clearly took its toll in what was a very hard night for Jones. Though Jones was victorious, the fight marked the end of his dominance and he would go on to drop two subsequent bouts to Tarver, including by memorable second-round knockout in their immediate rematch.

Now, 17 years later, Tyson and Jones, both all-time boxing legends, will meet inside the ring, albeit under entirely different circumstances than would have been the case nearly two decades ago.

Tyson and Jones will link up in an eight-round heavyweight exhibition match that headlines a card of officially sanctioned bouts on Saturday (9 PM ET, PPV and FITE.tv, $49.99) at Staples Center in Los Angles, where spectators will not be permitted because of the coronavirus pandemic. 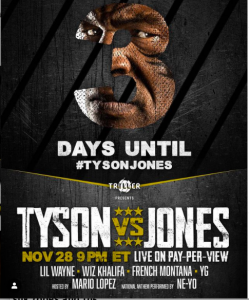 Former undisputed heavyweight champion Tyson (50-6, 44 KOs), 54, has been retired for 15 years, since quitting on his stool after the sixth round against journeyman Kevin McBride in 2005. Jones (66-9, 47 KOs), 51, has been retired for nearly three years, since winning a 10-round decision over journeyman Scott Sigmon in a February 2018 cruiserweight bout. But their names are still big and nostalgia can be a powerful lure.

Jones was minding his own business when the Tyson team reached out to him about the bout, which was initially scheduled for Sept. 12 before being moved to Saturday.

Jones said he didn’t have any plans to fight again and had turned down various offers, including for bare knuckle bouts and to box in Saudi Arabia. Instead, he planned to remain involved in the sport as a trainer for a handful of fighters, including middleweight Chris Eubank Jr. Jones also had a long run as an analyst on HBO before the network dumped its boxing coverage at the end of 2018. Jones said he is interested in returning to commentating when his HBO contract expires at the end of this year.

But because Jones had a chance to face Tyson, who he wanted to face so many years ago, he accepted the fight, even though he said he is not thrilled with his $1 million guaranteed purse, which is a pittance compared to the reported $10 million Tyson is getting.

“Financial really has nothing to do with it. I did it because it came up at a time when nothing was really happening (due to Covid-19), no football, no basketball was happening. Everybody was trapped inside because of Covid so I was like, you know what? Why not? What else do people have to look at? Let’s go ahead and do it. It was Mike Tyson. Why not? Let’s go.”

With that, Jones began to get himself in the proper frame of mind and body to get back in the ring. He went to trainer Tom Yankello’s camp in Pittsburgh and said he has approached this fight as if was a serious championship level bout.

Once in camp, he said it brought back good memories.

“You do miss (the training) and it makes you remember the golden days of how fun it was to get away for camp,” Jones said. “You realize why you did what you did. I’m enjoying getting ready for the fight. I think Tom is enjoying it more than me. He’s saying we should try to do it again. I’m like, ‘Wait a minute, let’s get through this, you know?’ But I’m really enjoying it.”

Jones and Tyson have both said they are planning on throwing down in a real fight the only way they know how.

During the introductory media video conference, Tyson vowed to do damage to Jones.

“My objective is to go in there with the best intentions of my life and to disable my opponent, and that’s just what it is,” Tyson said.

Jones said he takes Tyson at his word and that he plans to have a similar mentality come fight night. “Mike comes to that ring and Mike’s coming to kill. When I go in there I’m going in there to kill or die. So you know how it’s gonna go,” Jones said.

Even though Tyson hasn’t fought in years Jones said he thinks he still will have his legendary power. “Mike was one of the most powerful guys that ever graced a boxing ring,” Jones said.

“And Mike can still probably get you out of there with one shot. However, as long as he’s able to walk around and take punishment he’s dangerous. As soon as he realizes he can’t hit you, you have a chance. But as long as he can throw those punches – the hook, the uppercut, the body shot – he’s dangerous, highly dangerous.”

But the California State Athletic Commission has other ideas about just how dangerous the fight will be and has imposed rules hoping to keep things under control. Commission executive director Andy Foster has said Tyson and Jones will be engaging in what he calls “hard sparring.”

“The size of the gloves makes no difference at all. I’ve seen Tyson drop somebody in bigger gloves wearing head gear in an exhibition before,” Jones said of the four-round exhibition Tyson participated in against Corey Sanders, whom he knocked down in the first round, in 2006.

“How often do you see two ounces make any difference? It doesn’t make a difference.

“The two-minute rounds are definitely better for him because he had a harder time getting ready and in shape for the fight than I did. He’ll be dangerous for more rounds because you can’t get him spent in one or two rounds. It will take me four or five rounds to get him spent. That gives him more time to land the knockout shot.”

Also, there will be no official judges or a winner announced, although the WBC plans to have former world champions Christy Martin, Chad Dawson and Vinny Pazienza score the fight from television. They will only pick a winner of each round rather than issue an actual score, such as 10-9 or 10-8. Further, referee Ray Corona is under instructions not to allow things to get out of hand, so if there is a cut the fight likely will be stopped. If there is a knockdown, Corona won’t even count and instead has the latitude to give the fighter who got dropped time to recover.

Jones’ response to the rules was concise.

“The commission won’t be in that ring. How you gonna stop someone (from fighting hard) if he’s already out cold,” Jones said as he let out a loud laugh. “You can’t undo a KO. Somebody gets KO’d you can’t undo a KO. They can’t wake you up and say, ‘This didn’t happen.’ Oh, it happened. It might not count, but it happened.”

As for Tyson’s promise to try to disable him, Jones brushed it off.

“That’s who Mike is. What do they expect him to say? That’s who Mike is,” Jones said. “Yeah, it concerns me, but guess what? I got to go disable him too. I got bombs like he got bombs. My guns are just as big as his are, maybe better because they’re faster. He ain’t getting me but I don’t think it’s going to go eight rounds. I think I outbox him, get him to the late rounds and probably stop him in the seventh or eighth, but we’ll see what happens.”

What nobody ever got to see happen was a bona fide Tyson-Jones showdown circa 2003, when they were both still active fighters. Jones wished it would have happened.

“It would be pretty interesting. I’d have liked to see how it would have gone,” Jones said. “I think I would have won like I think I will win now. But I would have loved to have seen it.”

MIKE TYSON: JUST HOW GOOD WAS THE FORMER UNDISPUTED HEAVYWEIGHT CHAMPION OF THE WORLD?