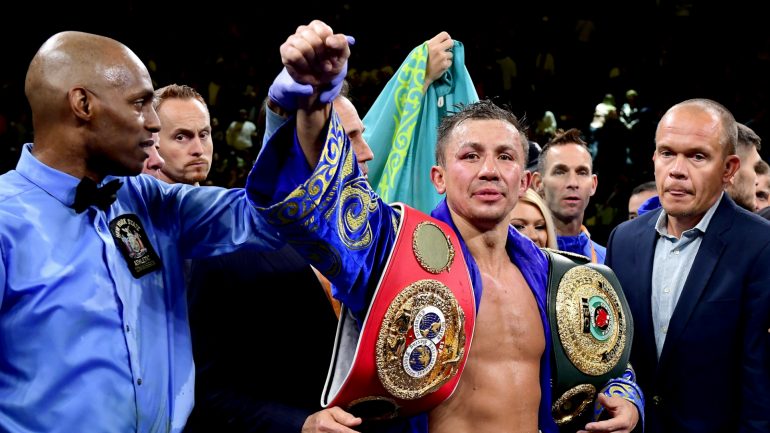 Gennadiy Golovkin will return to action on December 18, facing mandatory challenger Kamil Szeremeta at the Seminole Hard Rock Hotel and Casino in Hollywood, Fla. The fight will stream live on DAZN, and will be Golovkin’s third straight on the digital platform.

The fight will be Golovkin’s first defense of the IBF middleweight title he won in October of 2019, when he outlasted Sergiy Derevyanchenko in a fight of the year candidate at Madison Square Garden. The name Szeremeta may not ring a bell, but those who tuned in that night would have seem the undefeated contender from Biaylstok, Poland stop Oscar Cortes in two rounds on the undercard.

“This is not just any fight. It is a fight with great meaning. I always have the greatest respect for all of my opponents.  I have really missed boxing and I wanted to fight this year,” said Golovkin (40-1-1, 35 knockouts), who held the WBC, WBA and IBF middleweight titles until his decision loss to Canelo Alvarez in 2018.

Szeremeta (21-0, 5 KOs), like Golovkin, hasn’t fought since that night in New York 13 months ago. The fight will be his second ever in the United States, and a significant step-up in competition from the European level opponents he’d been facing in recent years.

“I want this title for Poland and my family. GGG is a great champion, one of the best in history, but it is time for replacement. Thank you for the great chance, I must take my opportunity to be the first world middleweight champion from Poland,” Szeremeta said.

The card will be promoted by GGG promotions, in association with Matchroom Boxing and Warriors Boxing.