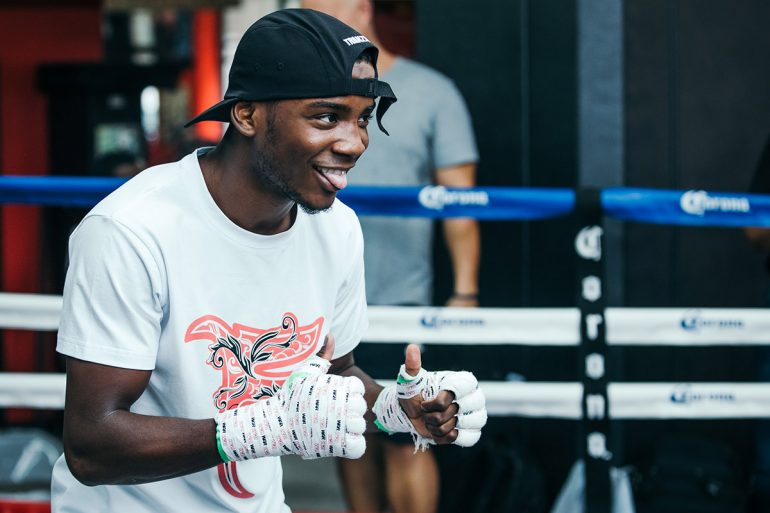 The junior lightweight clash between unbeaten Chris Colbert and Jaime Arboleda will now take place on December 12, it was announced Friday evening.

The 12-round bout will take place at the Mohegan Sun Casino Arena in Uncasville, Connecticut and will headline a three-fight telecast (Showtime, 9 p.m. ET/ 6 p.m. PT).

The Colbert-Arboleda fight was scheduled to take place on November 28 but moved to December 12 due to the postponement of the WBC bantamweight title clash between Nordine Oubaali and Nonito Donaire. Oubaali tested positive for COVID-19.

Colbert (14-0, 5 knockouts), who resides in Brooklyn, is coming off a unanimous decision over former world titleholder Jezzrel Corrales in January. In his previous fight, on September 21 of last year, he knocked out former world title challenger Miguel Beltran, Jr. in the opening round.

The 24-year-old is considered a top prospect in a talent-rich division, but he believes that he can become a legit contender with an impressive victory over Arboleda.

“I’m super excited to be making my big-stage debut in the main event,” said Colbert. “It’s been a long camp, but training is going great. I’m looking to put on a dominant performance, and I’m looking for the knockout if it’s there. If I can get it, that would be splendid. I know Jaime is going to come to fight. It’s all going to come down to stamina, ring IQ and who has the greater will to win. I feel like I’m the guy for the job.”

Arboleda (16-1, 13 KOs), who is originally from Panama and now resides in Miami, defeated former contender Jayson Velez by split decision in his last bout, on February 8. Arboleda has won his last six bouts since suffering his only loss as a pro (by knockout) at the hands of Recky Dulay of the Philippines in July 2017.

Despite that setback, Arboleda believes that he has faced the better opposition and has the talent to defeat Colbert.

“Every boxer’s dream is to fight for a title and be victorious without leaving any doubt,” said Arboleda. “That is my plan for December 12. I’m having the best preparation of my entire career. I feel great, strong and fast like never before. I’m sure it will be a very exciting fight from the very first round.”

In the co-feature, middleweight Ronald Ellis will square off against Matt Korobov in a 10-round bout.

Ellis (17-1-2, 11 KOs) defeated Immanuwel Aleem by majority decision in a clash of once-beaten fighters on December 7. The 31-year-old, who resides in Lynn, Massachusetts, suffered the first loss as a pro in February of last year at the hands of DeAndre Ware.

Korobov (28-3-1, 14 KOs), who is originally from Russia and now resides in Lantana, Florida, is winless in his previous three fights. In his last bout, which also took place on December 7, Korobov suffered a shoulder injury against Chris Eubank Jr. and was pulled out in the second round. In December 2018, Korobov dropped a close decision to WBC middleweight titleholder Jermall Charlo. Both of those bouts were separated by a draw with Aleem.