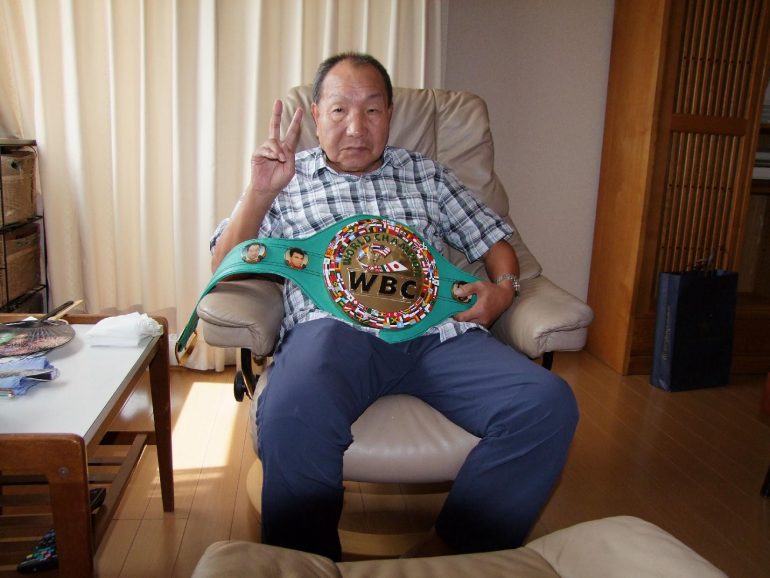 You probably never heard of Iwao Hakamada. He is the Asian Rubin “Hurricane” Carter.

Hakamada was a Japanese featherweight who turned professional in late 1959. At the height of his career, he was the No. 6 ranked 126-pound fighter in his country before retiring in the summer of 1961 with a middling record of 16-11-2, with 1 knockout.

Hakamada, who lived in Shizuoka, settled into civilian life as a factory worker. However, on June 30, 1966, there was a fire at his boss’s house. His employer and wife, along with their two children, were killed. Hakamada was part of the team trying to extinguish the fire.

It was later discovered that the family had all been stabbed and around ¥200,000 was stolen. The equivalent of nearly $16, 728.84 US dollars in today’s money.

Two months later, the former fighter was arrested for robbery, arson and murder after his blood-stained clothes were found as evidence. Initially, he confessed to the charges.

At the trial, Hakamada changed his plea, but he was found guilty and sentenced to death on September 11, 1968 by the Shizuoka District Court. He incredibly served nearly 48-years on death row and is recognized by Guinness World Records as the longest inmate held on death row.

In March 2016, Hakamada, who had become institutionalized, was released from prison. 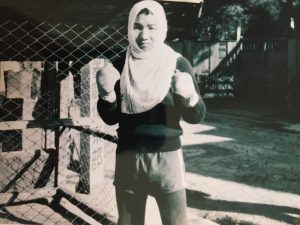 Iwao Hakamada in his prime, before his long prison stint.

Hakamada, now 84, was unable to talk about what happened due to his mental health issues stemming from five decades in prison and is diagnosed with prison psychosis. However, his elder sister, Hideko, was more comfortable talking about what she has been told by her brother through the years.

“Iwao continued to deny any wrongdoing,” Hideko Hakamada told The Ring through Hank Hakoda, who spent several hours in the company of the siblings. “There was a co-worker who supported Hakamada’s alibi, saying that Hakamada had been walking behind him around the time when the incident happened. However, that witness withdrew his testimony later on without any clear reason. There must have been something going on behind the scenes. Pajamas with a tiny bloodstain were used as evidence in the beginning, which later on proved to be wrong.

“The police officer who was in charge was notoriously known as the ‘King of Torture,’ who tormented innocent people and produced numerous false accusations. There are official records that clearly show Iwao had been under inhumane interrogation on a daily basis, which would never be allowed today. He had to tell the police what was not true in order just to save his own life. My brother was framed as a murderer by the police who were desperately motivated to make him a murderer.”

Over the years, many lawyers and experts questioned the legitimacy of the interrogations and evidence. They have called for an appropriate judicial response to the Hakamada case.

Hideko vividly remembers her brother finally being released from prison.

“We visited only to update him that our request for retrial had been approved,” Hideko recalled. “When we were going out of there, they asked us to return to the reception room. Shortly afterwards, Iwao came out from the back and muttered quietly, ‘I have been released…’

“He did not look happy or excited. He was at a loss for what was going on.

Afterwards, they sent us 11 boxes that contained Iwao’s personal belongings as well as more than 10,000 letters and other stuff from supporters, which had not been delivered to him in prison.”

Hakamaka was released because the District Court decided to retry his case. However, the High Court overturned a lower court decision to open a retrial in 2018.

In Japan, to start the retrial, it goes to the District Court, then the High Court, and lastly the Supreme Court, which makes the ultimate decision.

Hakamada is now free, only because the High Court also decided not to detain him any longer for health reasons.

Hideko is very grateful for the public outpouring of support toward her brother.

“I cannot thank everyone enough for all the support from boxing fans all over the world who have encouraged Iwao and me,” she said. “Without you all, Iwao could not have his freedom.

“Mr. Shosei Nitta of JPBA contributed to raising this issue globally. We will keep on fighting until we win, because Iwao Hakamada is innocent. He deserved a better life.”

Hakamada has received support from the Japan Federation of Bar Associations (JFBA), JPBA and Amnesty International Japan, amongst others.

The WBC made Hakamada an honoree WBC Emeritus champion, much like they did the aforementioned Carter, who was also granted the same honor.

During Pope Francis’ visit to Japan in 2019, Iwao and Hideko were invited to attend Mass at the Tokyo Dome.

One year has passed since the retrial began when the prosecution’s proof stalled because of a lack of evidence other than the pajamas.

Hakamada’s supporters, including lawyers and scientists, have insisted that the additional evidence was clearly fabricated by someone after he was arrested, and the clothes were too small for Hakamada.

Also, the minute weapon Hakamada allegedly used to kill them was inconsistent with injuries of more than 40 wounds found on the dead bodies.

The family that was murdered at the time had an elder daughter who had been disowned and separated from the family. She reportedly committed suicide shortly after Hakamada was released. Hakamada’s supporters believe that she holds the key to something in the case. It has been speculated that her motive for killing her family was resentment toward them.

In mid October, a support group held a press conference at the Shizuoka Prefectural Government Office to announce that 1,510 people had raised ¥1,867,000 (just over $11,000 USD) which will be put toward any additional court cases.