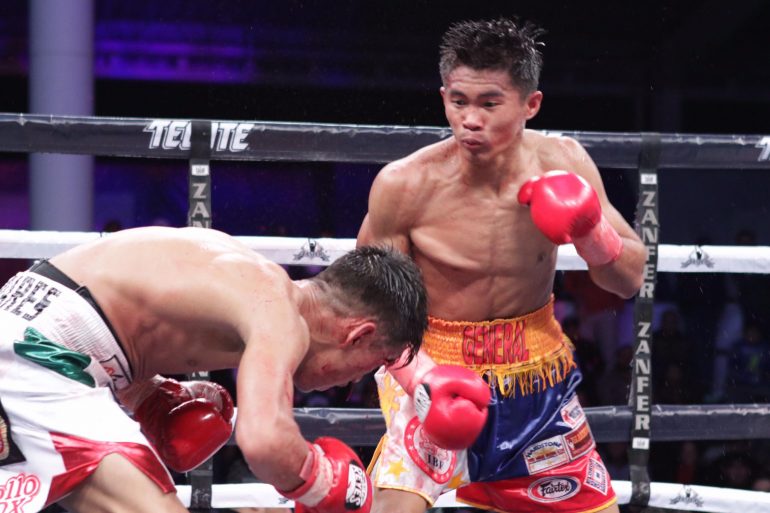 All-Filipino world title fights are exceedingly rare, but it appears that Pedro Taduran is heading towards his second in three fights.

The IBF strawweight titleholder is expected to make a mandatory defense against the no. 3 rated Rene Mark Cuarto, MP Promotions President Sean Gibbons tells The Ring. The fight, which will be Taduran’s second title defense, is being targeted for December or January, though Gibbons says the Covid-19 pandemic is complicating matters.

“The fight’s made, it’s ready to happen, everyone is in agreement, the IBF is in agreement,” said Gibbons, before adding, “Whenever the coronavirus lets up enough that we can promote the fight.”

Taduran (14-2-1, 11 knockouts) of Libon, Albay, Philippines won the title in September of 2019 by stopping countryman Samuel Salva in four rounds, and then fought to a four-round technical draw in February against Daniel Valladares in Mexico. The 24-year-old has been training in La Union province to prepare for whenever the fight is announced, said  his manager Art Monis. Monis, who functions as the country’s leading matchmaker, says he has seen plenty of Cuarto, and expects his fighter to pick him off with counterpunches when he comes forward.

“What I know of Cuarto is that he is tough and strong,” added Taduran, who is trained by former IBF junior flyweight titleholder Tacy Macalos. “But from what I see I can handle him.”

Cuarto (18-2-2, 11 KOs) of Zamboanga del Norte province last fought in December. His lone recognizable name on his resume is Salva, who defeated Cuarto by unanimous decision in March of 2019.

The likelihood of another Filipino vs. Filipino world title bout was heightened for Taduran by the fact that 5 of the top 6 contenders rated by the IBF were Filipino. The only non-countryman in the top 8 is Valladares, who is rated no. 5.

Throughout the pandemic, Taduran has been rising up at 5 a.m. to tend to the 2.5 acre rice farm in Libon, Albay that he operates with his father, Pedro Sr. Taduran is currently rated no. 8 by The Ring at 105 pounds.