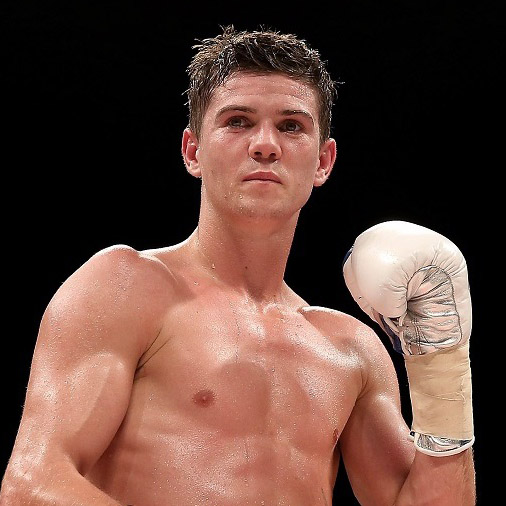 The fight was to take place at the Fantasy Springs Resort Casino in Indio, Calif. on a card broadcast by DAZN, with the WBC interim lightweight title at stake.

“Campbell is doing well, but the fight will need to be rescheduled. As we know, fans are really looking forward to this great fight. All parties involved are working to get a new date scheduled as soon as possible,” reads the press release. The release goes on to state that the expected debut of DAZN’S global platform, with streaming to be available in over 200 countries and territories, will still go forward on December 1.

“Disappointed that my fight is being delayed but these are sadly the times we live in,” Campbell wrote on Twitter. “I’m feeling well and look forward to confirming a new fight date very soon. Stay safe all.”

Disappointed that my fight is being delayed but these are sadly the times we live in. I’m feeling well and look forward to confirming a new fight date very soon. Stay safe all. @MatchroomBoxing @GoldenBoyBoxing @DAZNBoxing @SkySportsBoxing

Promoter Eddie Hearn added that Campbell “has completed isolation and resumes training shortly but will not be fit” for the original date, and only anticipates a “very short delay to this great fight.”

Garcia (20-0, 17 knockouts) was preparing for what would be his first significant step-up fight against a championship caliber fighter. The 22-year-old from Los Angeles hasn’t fought since February, when he knocked out Francisco Fonseca in the first round.

“2020 really not giving up till the end,” tweeted Garcia, in a show of frustration.

2020 really not giving up till the end

Campbell (20-3, 16 KOs) of Yorkshire, United Kingdom hasn’t fought since August of 2019, when he lost a decision to Vasiliy Lomachenko for the unified lightweight championship.

An email to Golden Boy Promotions asking if the card will still take place on December 5 with a new main event was not responded to by the time of this story’s publication.