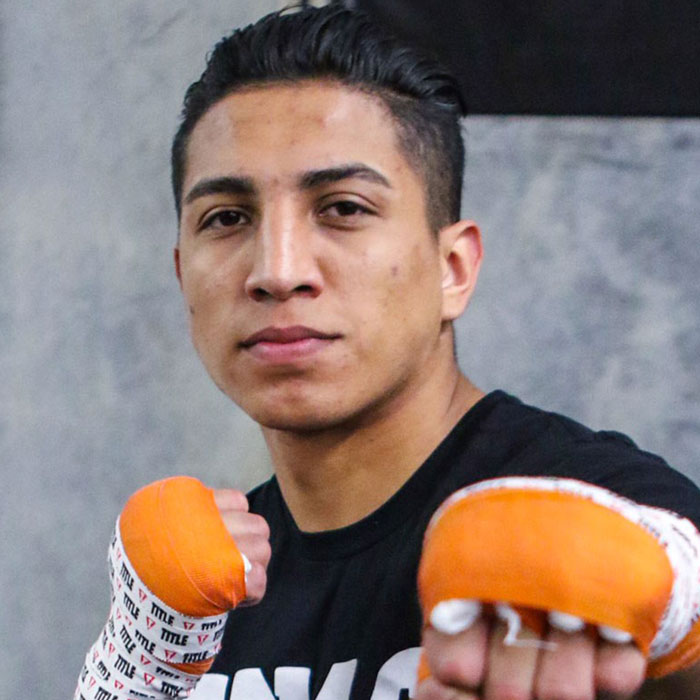 Barrios (26-0, 17 knockouts) wants his chance at Taylor, The Ring’s/IBF/WBA junior welterweight world champion, or Jose Ramirez, who holds the WBC/WBO versions of the 140-pound title.

But would Taylor or Ramirez risk fighting someone like Barrios, who though listed at 5-foot-10 says that he’s actually 6-foot? Barrios comes with a high-risk/no-reward tag, meaning anyone who is someone at 140 would jeopardize their status while receiving little in return.

“Given what I’ve accomplished with the WBA title, with my division alone, there are a lot of megafights out there and available,” Barrios said. “I would like to unify one of the world titles with Taylor or Ramirez.

“But in the meantime, I want to keep bringing fans the most entertaining fights and looking at someone like Mikey Garcia or Adrien Broner (who Cuyahoga County Common Pleas Court Judge Nancy Margaret Russo sent to jail last week holding him in contempt of court in connection to a civil lawsuit filed) as possibilities.

“Those are the type of fights I would like to get in 2021. If one of those can’t (materialize), I may think about moving to 147. My body is getting bigger and making 140 is not as easy as it used to be. We know it’s just a matter of time before I move up.”

Barrios, ranked No. 7 at junior welterweight by The Ring, admits it’s been frustrating waiting in line of the 140-pound logjam.

“It’s been frustrating, because being a fighter, I would like to be higher than where I am, but I have very good people around me, Luis DeCubas Jr. and Bob Santos, my managers, and Al Haymon, my adviser, have moved me very well,” Barrios said. “I have a powerful team supporting me. They keep telling me to be patient, and I’ve been patient. I know that I’m in good hands, and they’re one of the reasons why I’ve been able to be so patient.”

The fight Barrios is aiming for is Taylor, who beat Regis Prograis in a title unification fight last October and defended the titles in a rather easy first-round stoppage over Apinun Khongsong in September with a left hook to the body.

“Josh has great boxing skills, and he’s a great all-around fighter,” Barrios said. “A fight with him would be great for the fans. I would be willing to go to England. I always dreamed of going to someone’s backyard and beating them.”

Barrios is coming off a sixth-round stoppage over tough Ryan Karl, on the Gervonta Davis-Leo Santa Cruz undercard on October 31. Barrios said he made 140 pretty easy, though it was far different than making the weight against Batyr Akhmedov for his September 2019 fight.

Barrios admits he cut weight too late in the process for Akhmedov.

“The fight against Karl I felt strong, but when it gets down to the last two or three pounds, I don’t know what more I can cut,” Barrios said. “I was really on top of everything this time (for Karl). It helped being in a long camp and I learned to stay disciplined.”

Barrios weighed 139½ for Karl, the lightest he’s been in three years.

“I’m looking (to fight again) in March, and I’m taking the next few weeks off, before I get right back in the gym,” Barrios said. “I know it’s a tough time coming up, with the holidays. I get to eat. I’m thinking I’ll go maybe one or two more fights, or even see how I feel at 147 a few times.”

Prograis, rated No. 3 by The Ring, threw out a challenge to Barrios after “Rougarou” dispensed Juan Heraldez in three on the Davis-Santa Cruz undercard.

Barrios said he wouldn’t mind a Prograis fight, just as long as the 31-year-old southpaw understands who the A-side is.

“It was one of those things that was passed along to me, but I’m not surprised, Regis is trying to claw his way back up in the division after he lost to Taylor,” Barrios said. “It’s not too surprising. A fight with Regis would be a fan-friendly fight, but it’s not a fight that would be good on his end, because of my style.

“Here’s the deal, I have a title. Regis lost. He got his shot. He should get behind me; get back in line. That’s exactly how I feel. I’m not worried about Regis. I have to look ahead, not behind. I’ll fight Regis, but it’s a step back. I did my time to earn my place.