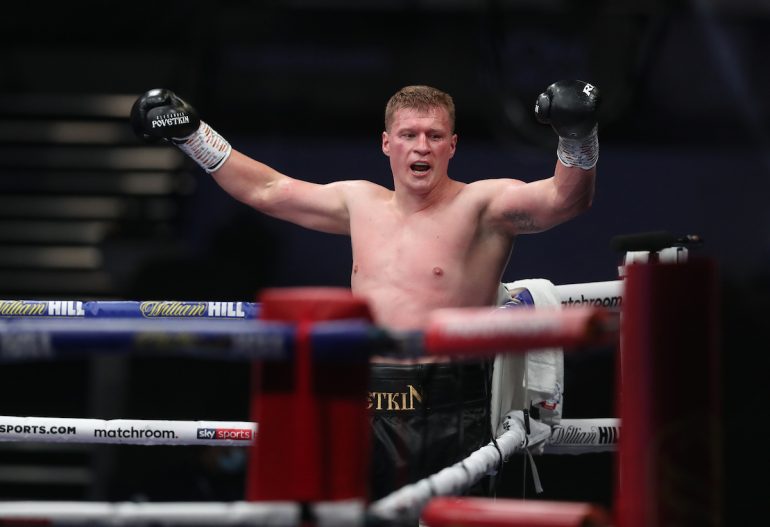 Alexander Povetkin climbed back into the top five of the heavyweight rankings with his one-punch KO of Dillian Whyte. Photo by Mark Robinson.
03
Nov
by Ring TV

Alexander Povetkin has been forced to withdraw from his Saturday November 21 contest with Dillian Whyte due to testing positive for COVID-19.

The pair were due to rematch at The SSE Arena, Wembley, live on Sky Sports Box Office but will now face each other on a later date to be confirmed soon.

Further details on the November 21 show will follow shortly.

“Firstly we want to wish Alexander Povetkin a speedy recovery,” said promoter Eddie Hearn. “This is a challenging time for shows. There will be lots of ups and downs over the next few months. We look forward to the fight happening in late January.”

The target date is January 30.