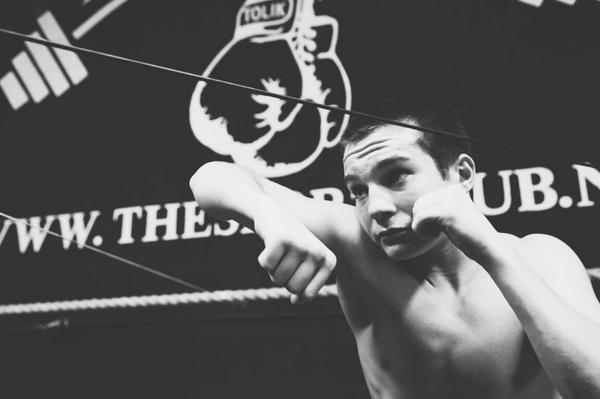 Mathias Radcliffe has always maintained a reputation for being a “beast” and being unafraid to take risks to improve his game.

Radcliffe started boxing at the age of 13 and was competing in amateur tournaments in less than a year.

Within 18 fights, Radcliffe was already ranked No. 3 in the United States.

“I’ve always had a crazy belief in myself,” he stated.

Radcliffe started his amateur career at 114 pounds, finished at 141 pounds, collected a gold medal in Russia, and accumulated an impressive record of 91-12.

“The craziest thing is that I was always ranked consistently within the top five in each weight class, regardless of the weight.”

The 22-year-old is on a mission to bring that same energy to the professional ranks.

The junior lightweight Radcliffe made his pro debut on February 29, when he scored a third-round knockout of Maximillion Arredon in California. He followed up that performance with another knockout victory in Mexico.

“I had a great amateur career, but now it’s time to make some noise and become a world champion in multiple divisions. I want to be remembered.”

Radcliffe has also sparred a slew of former and current champions, including Gervonta Davis, Vasiliy Lomachenko and Leo Santa Cruz.

“I sparred Lomachenko in 2017, and it was a very surreal experience,” he recalled. “His ring generalship, his IQ, he was always one or two steps ahead.”

Davis (24-0, 23 knockouts) won Santa Cruz’s WBA junior lightweight title with a sixth-round knockout on Saturday in a surefire candidate for 2020 Knockout of the Year.

Prior to the fight, Radcliffe told The Ring that he wasn’t sure who would win but provided brilliant insight.

Ultimately, Santa Cruz threw one too many straight right hands, and Davis timed him with a beautiful left uppercut to knock him out.

While his dream of becoming a world champion will have to wait, another was recently accomplished.

Radcliffe signed with a marquee manager. That unanimous decision was awarded to Mike Leanardi and Victory Sports.

“It’s a dream come true,” he added. “Mike is a passionate dude who is just as passionate about the sport of boxing as I am.

“To have that kind of leadership and that kind of mindset on my team, I can’t wait to see what we can do together.”