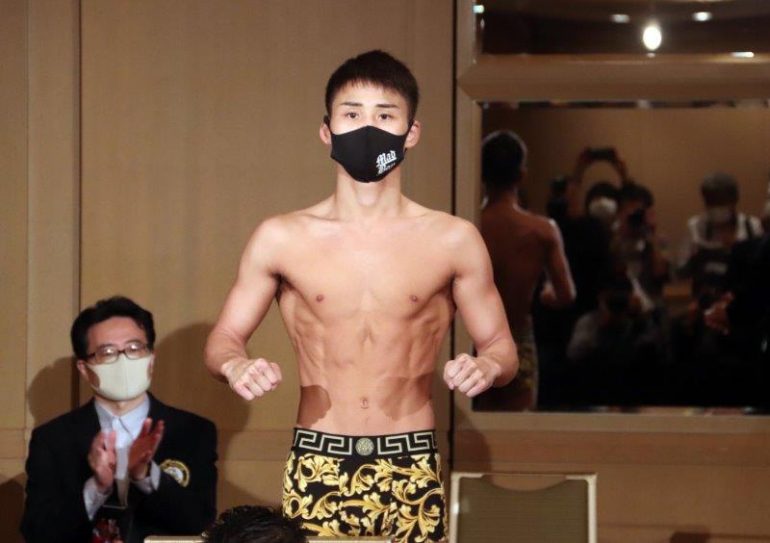 News has reached The Ring that Ring Magazine and WBA junior flyweight titleholder Hiroto Kyoguchi has tested positive for COVID-19 forcing the cancellation of Tuesday’s title defense against Thanongsak Simsri.

Both fighters had successfully weighed in, however, hours later Kyoguchi and his trainer tested positive in their PCR test. A press conference was quickly called and the entire show was canceled at the 11th hour.

This would have been the first world title fight on Japanese shores since the pandemic struck.

A move up to junior flyweight led to a 10th-round stoppage victory over Hekkie Budler, which saw the 26-year-old Japanese star claim The Ring and WBA belts. He has made two successful defenses.

Simsri, from Thailand, turned professional in 2018 and has been extremely busy, posting 14 wins with 12 KOs. Although the 20-year-old has the same number of fights as Kyoguchi, they have been at a much lower level.

The Ring wishes Kyoguchi and his trainer a speedy recovery.