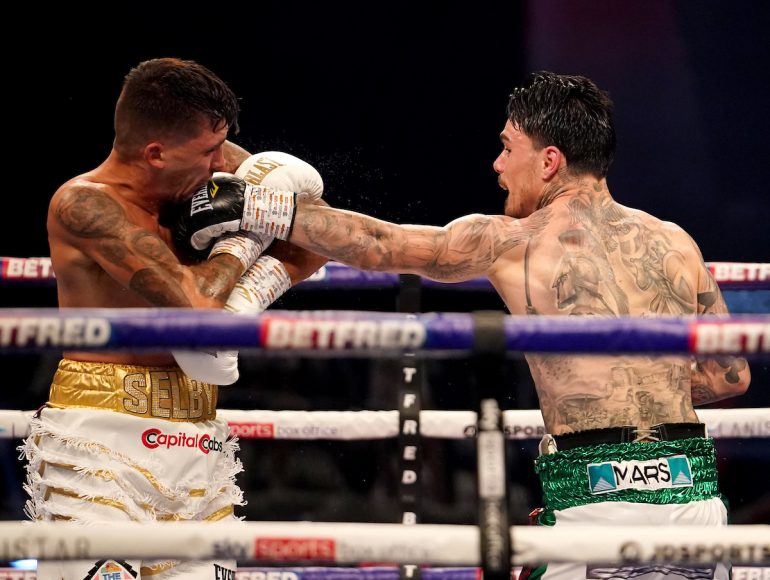 George Kambosos has put himself in line to fight Teofimo Lopez following victory over former IBF featherweight titleholder Lee Selby at the Wembley Arena in London on Saturday.

“I told you I was too strong, too powerful, too aggressive,” said Kambosos, who defeated Mickey Bey in his previous fight. “Lopez, let’s do it Down Under. Let’s go to war. I want that fight. I’ve got more work to do but that’s the fight I want next.”

The first round against Selby was a reconnaissance for both. The Welshman was taking a look from the outside with Kambosos, 19-0 (10KOs), trying to work out the distance.

There were signs both would be happy to engage in the second, a Selby left hook was probably the pick of the shots but Kambosos was not overawed.

Selby’s speed appeared to be the biggest difference maker but towards the end of the fourth he showed out after getting caught by a right hand. He motioned to indicate that he’d been hit on the back of the head.

You got the feeling that Kambosos wanted them to just plant their feet and tear into each other, but that’s not Selby’s game. He’s mobile and elusive.

That said, he was pegged back by the occasional hooks and Kambosos wouldn’t take a backward step in his bid engage as the contest wore on. He was more active and more aggressive through the later rounds and he landed the best punch of Round 10, a left hook counter.

Selby tried to apply pressure in the 12th but 27-year-old Kambosos went with him every step of the way, scoring with good hooks and right hands.