Derek Chisora: It’s a risky night for Aleksandr Usyk and myself but it’s what the fans wants to see 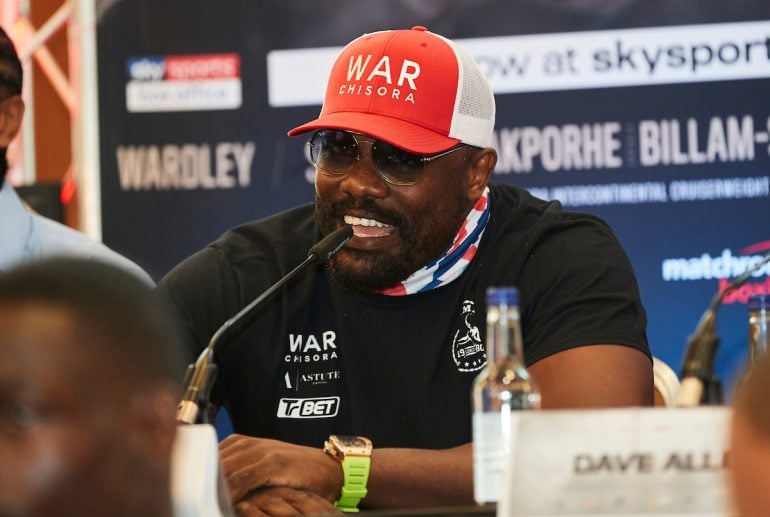 Heavyweight enigma Derek Chisora has admitted life in a Covid-free bubble is different to anything he’s experienced before.

The 36-year-old veteran of 41 fights meets Aleksandr Usyk on Saturday in London having switched from villain to people’s champion in the U.K. The usual cacophony of ‘Wooo-oooa Derek Chisora’ will be silenced, however, as the bout goes on behind closed doors.

The usual sold out O2 will be replaced by a comparatively hollow Wembley Arena.

Chisora is taking it all in his stride but has acknowledged the obvious changes.

“It’s totally different,” he said. “You know what? It’s totally different because the first 24 hours you’re by yourself [after Covid testing], you don’t see nobody until your test results come, then they let you go out but you can’t go out for a walk like you’d usually do on fight week when you’d go out or walk around a park or something. You can’t do that now. You don’t have the fans. You don’t have the journalists. You don’t have the newspapers. It’s a totally different ball game. It’s not the same. If you’re a pay-per-view fighter and you sell out arenas and then you’re fighting in an arena when there’s nobody there, it’s going to affect me, my opponent, everybody around who fights in the top 10 because it’s different. It’s hard, but it has to happen now because we can’t wait until fans are allowed back into the stadiums.”

He sounds a little disheartened by it. The egg-timer is running out on an intriguing career that’s been laced with controversy but provided more than its fair share of thrills and spills. He’s become a cult hero on the British boxing scene and he’s witnessed the change.

“I think the fans always realized I liked to fight and by the time they caught on to it they’re like, ‘Oh, this guy does come and fight. He doesn’t give up or anything like that’, so it’s been one of those long roads. I was hated by the fans and now I’m loved. It’s gone well for me for the last three years anyway.”

He’s not courted the same kind of controversy he did on his way to the top. A Google search would reveal every part of a pretty extensive rap sheet.

But now it’s about the boxing and that’s where the fans have been judging him. He’s had two wars with Dillian Whyte, scored destructive wins over Artur Szpilka and David Price, and beat Carlos Takam in a Fight of the Year contender.

It’s him, he contends, that makes the fight with Usyk pay-per-view.

“I don’t know, man,” he replied, when asked if he’s being overlooked. “I just like to fight. Gatekeeper or not gatekeeper, without me he can’t have pay-per-view. Let’s be honest, he’s not a pay-per-view seller by himself. His last fight [against Chazz Witherspoon] wasn’t on pay-per-view. I’m a big fan of Usyk. I like the way he boxes, he’s a great fighter, it’s going to be a very good fight between me and this guy. I’m just excited for this fight.” 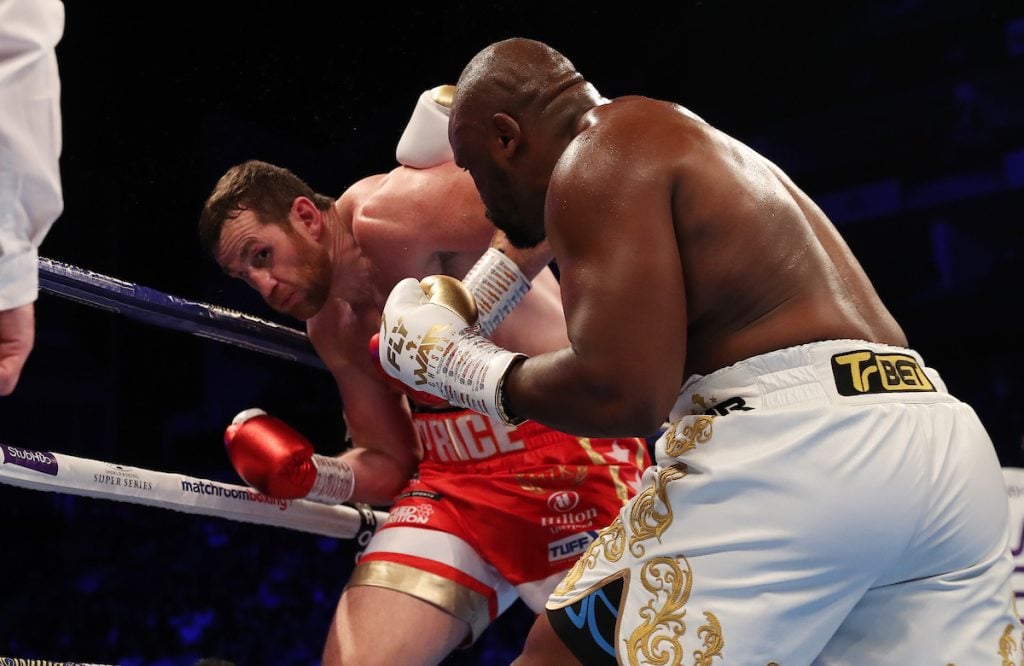 Like his manager, David Haye, Chisora sees the plusses of the contest being postponed a couple of times due to coronavirus. It’s allowed him months of preparation, both to get into shape and to ready him for the southpaw matrix he will find himself in.

“I’ve trained every day,” he added. “You know, since lockdown and before we announced the fight, we’ve been training for a southpaw, so it’s going well. The delay has benefitted me, not for the whole world with the pandemic happening, but for my boxing it’s gone well.”

His back story with Haye is fascinating. They were rivals who came to blows outside the ring in Munich (at a post-fight press conference) but settled their differences inside the ring in London.

“We are friends,” Derek said. “David’s very honest. He’s different from the other promoters. He tells you exactly how to do things, he’s not trying to take my money or anything like that. He’s always been very honest and up front with me, so I think everything will run smoothly and we’re going to be friends forever. He says it how he sees it. He doesn’t sugarcoat it and that’s what I like about him.”

Haye has said Chisora will need to walk through a storm on Saturday if he’s to win, which is probably music to Derek’s ears. But he won’t allow himself to look beyond Usyk. At 36, he’s likely in the end game now but he loves the sport, so walking away could be difficult as it often is for those that are hooked by the buzz of fight night, locked into the routine of training camps and being recognized because of their identity as a fighter.

Right now, though, there are bigger things at play.

“If I didn’t have the passion I wouldn’t be here. I love this sport so much, so I’m just excited,” Chisora concluded. “It’s a risky night for him and myself but it’s what the fans wants to see. It’s about giving the world something to talk about. If you look at it, the next three-four days everybody is going to be talking about the fight, you’re going to forget about your troubles, what’s going on around the world, they’re going to be talking about the fight and forgetting about the troubles that are happening right now and have something good to talk about and that’s Usyk-Chisora.”

Could it be Del’s last night, or is there plenty left in the tank?

“You know what they say, if you make any plans they’ll go haywire,” he said. “We want big fights.”

USYK-CHISORA PLUS UNDERCARD ACTION WILL BE BROADCAST LIVE ON DAZN IN THE U.S. AND SKY BOX OFFICE IN THE U.K.

DAVID HAYE: I DON’T BELIEVE ALEKSANDR USYK HAS THE FIREPOWER TO KEEP DEREK CHISORA OFF HIM