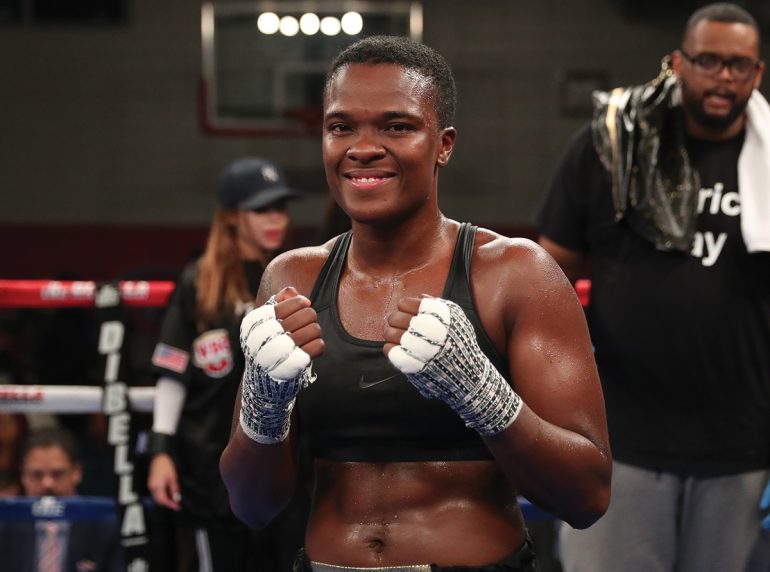 For the last five years, undefeated junior lightweight Tiara Brown has been balancing two careers: a boxer and a full-time police officer.

Brown revealed in an exclusive interview with The Ring that she resigned from the Metropolitan Police Department in Washington, D.C., effective Monday.

“To be honest, I resigned because I don’t believe the department is ready for the change that needs to be made,” she stated.

Brown became a police officer with the hope of engendering positive change in her community. However, after the death of George Floyd at the hands of now-fired Minneapolis police officer Derek Chauvin, Brown said, “enough was enough.”

Video of the fatal encounter shows Floyd pinned down by Chauvin, who pressed his knee against Floyd’s neck for nearly eight minutes, despite Floyd screaming that he could not breathe.

“When George Floyd was murdered, my mind shifted,” she admitted. “At that moment, you had officers who felt that nothing was done wrong.” 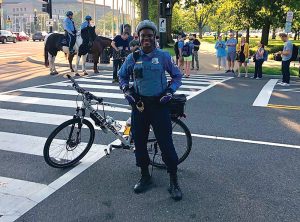 Floyd’s killing resulted in nationwide protests, some of which Brown had to work.

“I agreed with the protesters,” Brown said. “I understood their pain, and it became a problem for me to feel their pain.

Brown also found it ironic that the officer charged in Floyd’s death was later charged, along with his wife, Kellie, with felony tax fraud.

Meanwhile, Floyd was accused of attempted use of a counterfeit $20 bill at a local convenience store.

“Is $20 worth the price of a life? Not mine either,” Brown said. “If you have a criminal justice system that feels that was okay, I don’t want any part of it.”

Brown, who was born in Fort Myers, Florida, is moving back to the Sunshine State this weekend, where she is looking forward to working with her community in a more constructive approach.

“I’m trying to get on the right path and what God has planned for me,” she continued. “I just like to help people.

“I want to be more involved with the city council and things of that nature.”

And ‘The Dark Menace’ still hasn’t forgotten about boxing.

Brown (10-0, 6 knockouts) disclosed to The Ring that the long shifts as a police officer coupled with training twice a day had taken a toll on the one-time Olympic hopeful’s body.

“Juggling 10-11 hour shifts and training for the past five-and-a-half years has been a very tough thing for me to do.

“The fact that I can focus more on boxing, I’m very excited about that.”