George Kambosos Jr. plans to put a scare into Lee Selby on Halloween 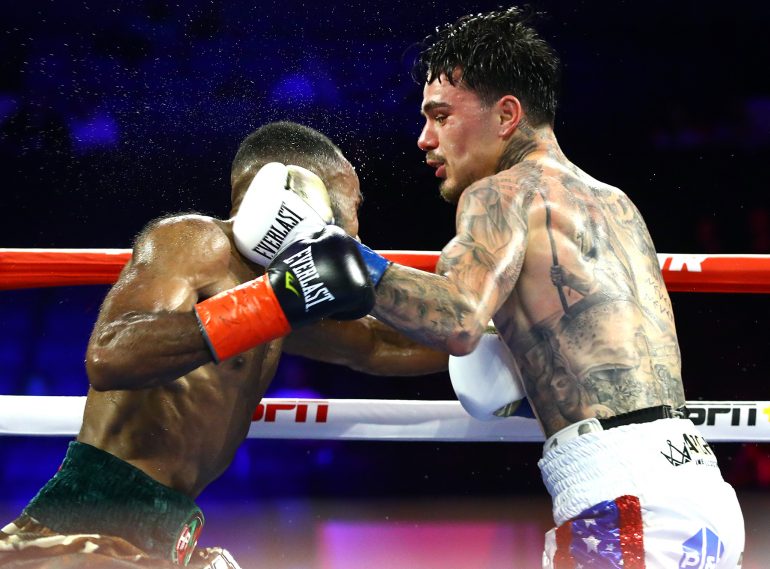 Lightweight contender George Kambosos Jr. is confident that Lee Selby will be in for a fright when they square off Saturday.

Their 12-round contest will serve as the chief support to the heavyweight main event featuring former undisputed cruiserweight world champion Oleksandr Usyk taking on Dereck Chisora on Halloween night from Wembley Arena in London, England.

A young, hungry, and charismatic student of the sweet science, Kambosos (18-0, 10 knockouts) views Selby in the same class as the “older generation of fighters that needs to get out while they can.”

Selby (28-2, 9 KOs) won the IBF featherweight title in May 2015 with an eighth-round technical decision over Evgeny Gradovich and made five defenses before losing a split-decision to Ring No. 1 contender Josh Warrington.

Following the loss, the 33-year-old Selby, of Wales, moved up two weight classes, where he has earned a string of victories over the likes of Omar Douglas and former titlist Ricky Burns.

Selby will have been out of the ring for just over a year when he takes on Kambosos, who adamantly stated that “his time is running out.”

“It would be massive to knock out Selby,” Kambosos told The Ring. “And honestly, I don’t see the fight going any other way.”

Kambosos was asked if COVID-19 protocols have impacted his training.

“I feel great,” he continued. “I am in my prime right now and Selby has his own problems that he has to deal with.”

We pressured Kambosos to get into the specifics. What kind of problems can Selby expect from him?

“Look, I plan on hurting him, mate,” he stated. “This is a young man’s sport.

“The new generation is here. It doesn’t matter how tough he pretends to be. I am going to knock him out, whether it’s early or late.”

“Teofimo Lopez deserves congratulations for beating Lomachenko,” he added. “Beating Selby would put me in a position to fight someone like Lopez.

“I look forward to fighting him. It would be a massive event, and both of us have great fanbases. That’s exactly what the sport needs right now, two hungry guys putting on a show for the fans.”