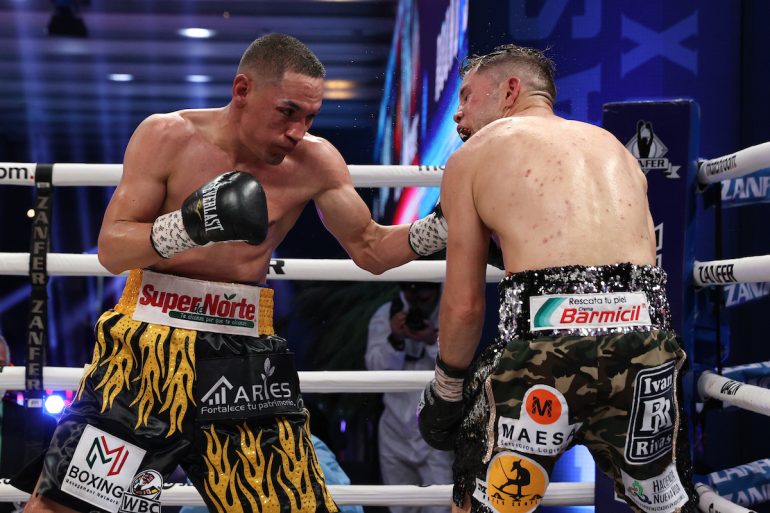 Estrada is the first fighter to ever stop Carlos Cuadras. Photo by Ed Mulholland/Matchroom
23
Oct
by Ryan O'Hara

Juan Francisco Estrada proved that he is more than just a counterpuncher.

Estrada recovered from a third-round knockdown to score two knockdowns of a game Carlos Cuadras to score an emphatic 11th-round stoppage to defend the WBC and Ring junior bantamweight titles Saturday at Gimnasio TV Azteca in Mexico City.

Estrada promised to get off to a faster start against Cuadras in the sequel to their thrilling September 2017 fight.

But that promise almost backfired on him in round three when Cuadras drilled him with a clean right uppercut and a follow up left hook that sent him to the canvas.

Both men were comfortable to trade punches in round four. Estrada rocked Cuadras with a clean left hook, but his opponent came right back with a plethora of vicious power shots that knocked Estrada back.

Estrada vs. Cuadras 2 did not disappoint. 💥 pic.twitter.com/n20RazCoJD

Estrada rocked Cuadras again in round five as the bout went from battle to full-on war. “El Gallo” connected with a solid right hand that backed up Cuadras. He then followed up with a series of clean left uppercuts to the chin that buckled his knees.

In round six, Estrada badly hurt Cuadras with a left hook to the liver. Just when things seemed to be going down for the challenger, Cuadras came back to connect with a left hand that bloodied Estrada’s nose.

Estrada (41-3, 28 knockouts), 30, of Mexico, had not fought since knocking out Dewayne Beamon in the ninth round of a homecoming fight in August 2019 in Mexico. If inactivity was a factor, it didn’t seem to be an overlying issue.

It was a competitive round eight, but Estrada hurt Cuadras with a right uppercut late in the frame. He then followed up with a left hook to the liver that damaged his adversary even worse. 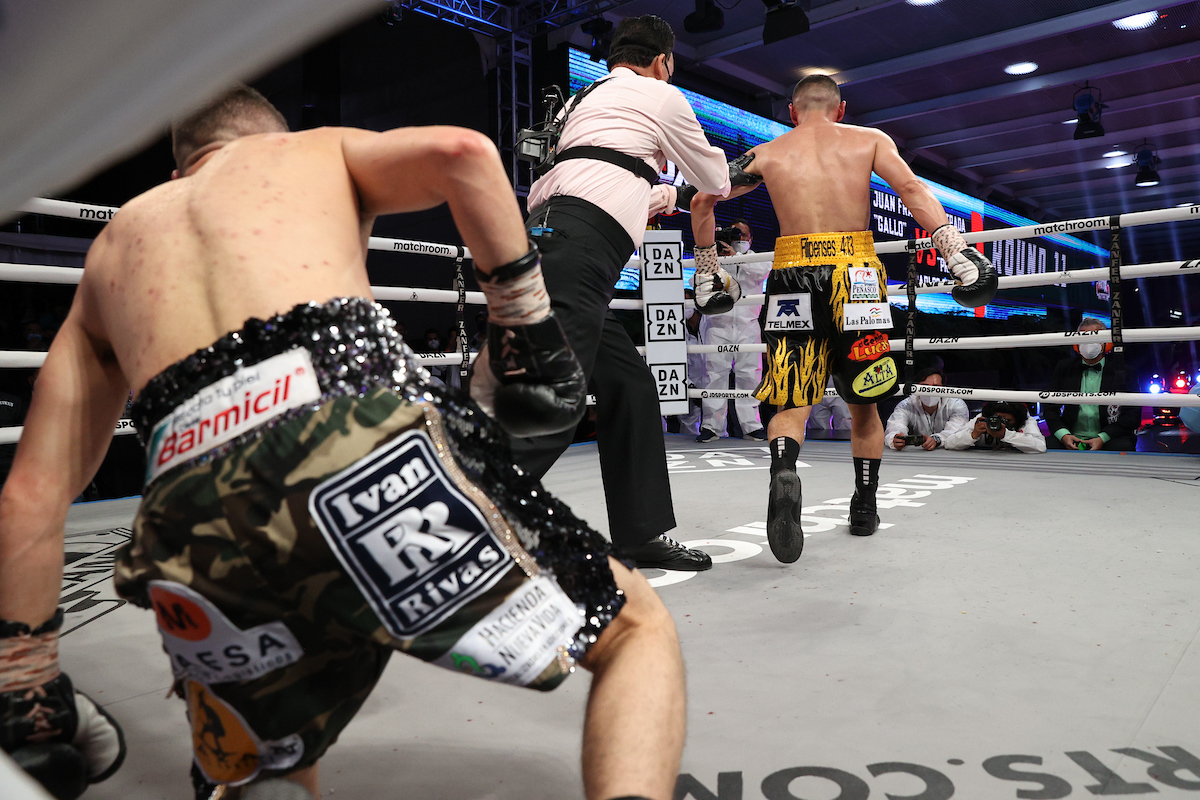 Carlos Cuadras attempts to get up from an 11th round knockdown. Photo by Ed Mulholland/Matchroom.

As both fighters finished the eighth round, Estrada appeared to be in better condition.

In round 10, Cuadras came out throwing with a big head of steam to the body. Around the midway point of the frame, a right hand from Cuadras opened up a nasty cut above Estrada’s left eye.

At the start of round 11, Estrada looked like a glazed donut as his team put on a significant amount of vaseline to nurse the cut above his eye.

But a mere 12 seconds into the round, Estrada sent Cuadras into a haze. He connected with a left hand that buckled his legs, followed up by a sweeping right hand that sent Cuadras crashing into the ropes to score his first knockdown of the fight.

Before Saturday, Cuadras (39-4-1, 27 KO’s), 32, of Mexico, had never been stopped. But the junior bantamweight titlist was floored again a short time later, and it was only a matter of time before Estrada sealed the deal.

In their first fight, Estrada escaped with a narrow unanimous decision victory that some felt Cuadras was deserving of the victory, despite suffering a 10th-round knockdown.

There was no controversy this time around.

After dishing a sustained beating to Cuadras in the center of the ring, the referee stepped in to stop the fight at 2:20 of round 11.

The scintillating ending to a very entertaining main event sets up the possibility of a rematch between Estrada and living legend Roman ‘Chocolatito’ Gonzalez, who outpointed Israel Gonzalez over 12 one-sided rounds in the chief support bout to retain his WBA 115-pound strap.