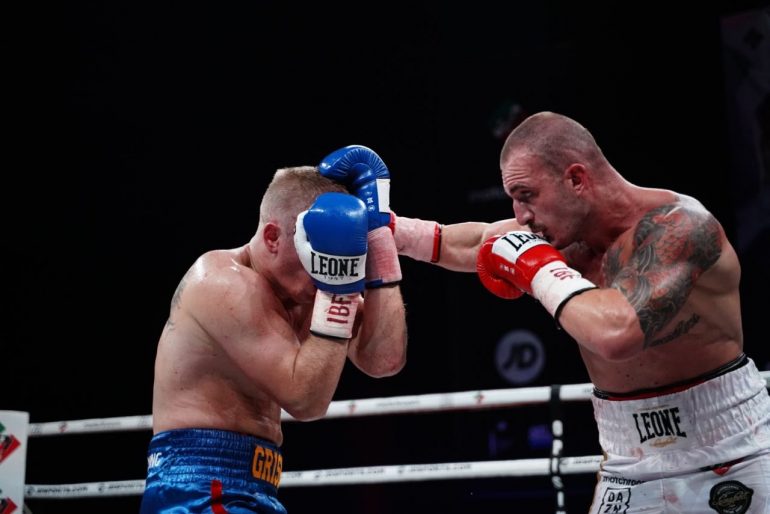 Fabio Turchi used his right jab to control the action throughout. Photo from Matchroom Italy
23
Oct
by Ryan Songalia

Rising cruiserweight Fabio Turchi rebounded from his first career defeat with a one-sided victory over Nikolajs Grisunins on Friday at the Allianz Cloud in Milan, Italy.

One judge had it a 100-90 shutout, while the other two had it 99-91 and 98-92, all for Turchi (18-1, 13 knockouts), a 2013 Mediterranean Games gold medalist from Torrence, Italy. The win got Turchi back on track after losing a split decision to England’s Tommy McCarthy last October.

Turchi dominated the fight from the opening bell behind his southpaw jab, which he doubled up with devastating effect. One such jab in round two busted up the nose of Grisunins (12-2-1, 5 KOs), which became a bloody fountain. The primary follow-up with power punching came from body shots, which Turchi used to slow down any return fire from his Latvian foe.

It was Turchi’s turn to bleed in round seven, when an accidental head clash opened up a cut above his right eye. The cut had no bearing on the action as both fighters seemed content to just get to the final bell.