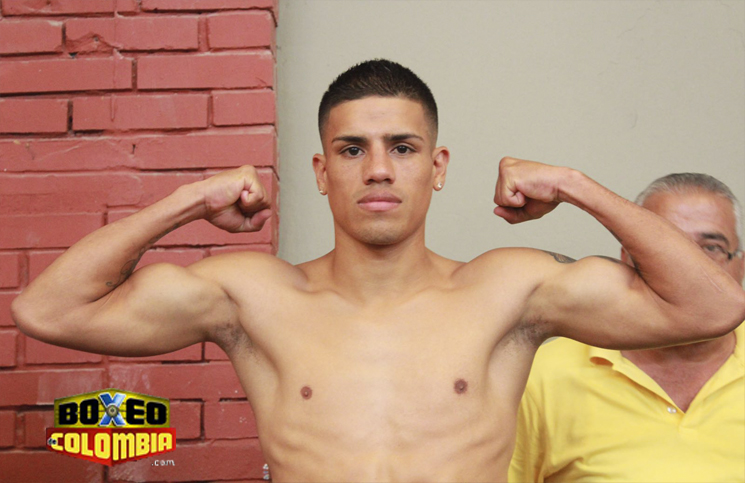 Belmar Preciado hopes to bounce back from an unexpected defeat in his last bout.

This clash will pit two hard-hitting fighters who are each coming off a loss. Preciado faced featherweight gatekeeper Dennis Contreras of Mexico City on August 28, where he was up on two of the judges’ scorecards before being stopped in Round 5.

All Star Boxing promoter Tuto Zabala believes it is a must-win for Preciado, who cannot afford another defeat if he wants to secure big fights at 122 pounds.

“(The fight against Hernandez) is very important and definitive in the career of Preciado,” Zabala told The Ring Wednesday morning. “He went up one weight class against Contreras and paid the price after winning the fight (at the point of the stoppage). He is a very good kid and, after he was available (to fight again), we had him stay in Miami to prepare.

“Hernandez is a veteran who hits hard and is always dangerous. We expect an interesting fight.”

Preciado (20-3-1, 14 knockouts), who resides in Barranquilla, Colombia, was originally scheduled to face unbeaten Michael Conlan on March 17 inside the Hulu Theatre at Madison Square Garden before the fight was cancelled due to the COVID-19 pandemic.

Hernandez (30-9-1, 28 KOs), who resides in Mexico City, was knocked out by Jonathan Perez of the Dominican Republic in his last bout on January 18. He has lost his last two bouts after winning the previous three.

Friday night’s “Boxeo Telemundo” telecast will wrap up another season of the popular series on the Spanish-language network. The series expanded this year from 12 to 16 live telecasts that were split between the U.S. and Mexico City, but the second season of 2020, which was scheduled to begin in May, was postponed due to the pandemic. Past telecasts were broadcast instead, despite Zabala receiving the okay from the state of Florida to do live shows. The promoter didn’t actually opt for live shows (with no fans in attendance) until August and has followed the same bubble protocols as other promoters in the U.S.

Despite the challenges faced this year, Zabala is proud of his team for putting forth quality shows.

“To do eight shows in 10 weeks during a pandemic has been a great challenge,” said Zabala. “Thanks to the support from the All Star Boxing team, ‘Boxeo Telemundo,’ (the) Osceola Heritage Park, the media, the fighters and trainers, we were able to move forward.”