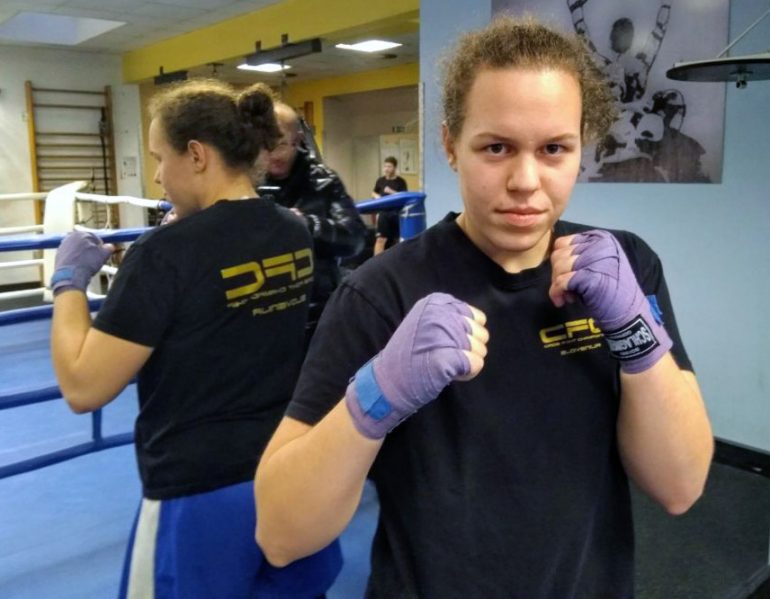 With the limitations imposed on traveling by the current COVID-19 pandemic, it was a small miracle to be able to witness a fight between two contestants from different continents and hemispheres as Germany’s Ema Kozin fought Uruguay’s former titlist Chris Namus (25-6, 8 KOs) in an “interim belt” bout in Donauwoerth, Germany, this past Saturday.

In an intense fight that many observers saw Namus winning, the scorecards finally swung toward the local fighter, who escaped with an unjustifiably wide unanimous decision in her favor by scores of 98-82, 97-93 and 97-93.

Regardless of the lackluster nature of her win, the Slovenia-born Kozin (20-0-1, 10 KOs) did manage to look good enough for The Ring’s Women’s Ratings Panel to consider her as a solid candidate to enter the middleweight Top 5.

Ivana Habazin exited the list to make room for the new entrant. But not without at least some reluctance from more than a few panelists.

“I do not agree with the decision of the judges,” said Irene Deserti, editor of Rincon Rojo magazine in Mexico. “Although Namus lacked definition, I think she was the winner by two or three points, no more than that,” she said before acknowledging that Kozin’s performance was still good enough to warrant her new position.

Her sentiment was echoed by Mark Jones, who claimed, “I thought Namus won, (but I) agree that Kozin’s early Christmas gift is enough to replace Habazin at No. 5.” Puerto Rico’s Wyldalis Figueras-Snow, editor at Boxeo con Lipstick, agreed by stating that “although the victory was lackluster, it is still a victory. It’s sad that kind of thing keeps happening, that to beat the champion at home, you must win by knockout.”

Argentina’s Yesica Palmetta also expressed her qualms by indicating that “the truth is that it is difficult for me to have to accept the ranking movement. However, it is logical considering the result. … Habazin lost to Claressa (Shields) and hasn’t fought since then, while Kozin has improved her numbers.”