What Ignited the Lopez-Lomachenko Feud? 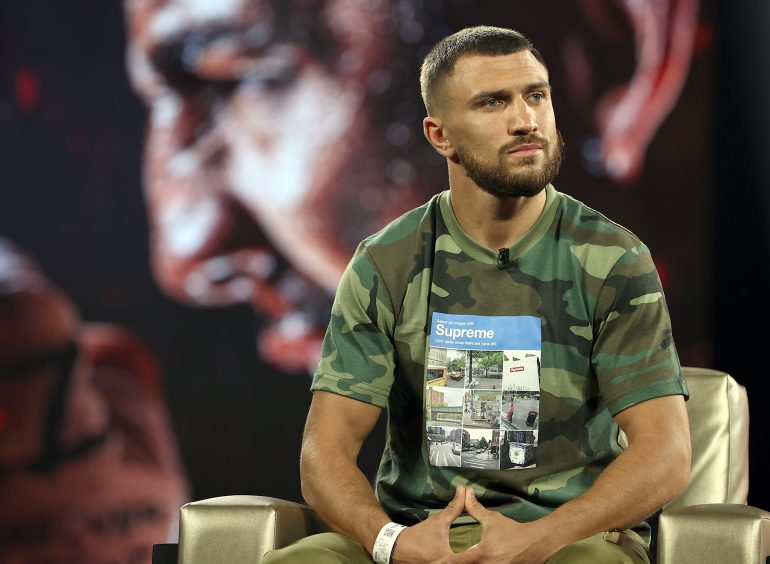 Egis Klimas had just settled into his hotel suite at the Stewart Hotel on Thursday night Dec. 6, 2018, when he received a call from Top Rank matchmaker Brad Goodman. Klimas, Vasiliy Lomachenko’s manager, was there to see his fighter take on Jose Pedraza a few nights later at the Theater at Madison Square Garden.

“Egis, this is not right! You’re not going to believe this s—!” Klimas recalls the first words that came from Goodman. “I remember asking, ‘What are you talking about?’ Brad said to me, ‘Teofimo (Lopez) Sr. just jumped Lomachenko in the hotel lobby and started yelling, ‘My son is going to kill you,’ ‘My son is going to take your head off,’ and made cut-throat (gestures) with his finger (across his neck). Then his friends took (Lopez Sr.) away.”

That’s what ignited the feud between Team Lopez and Team Lomachenko, which will be resolved in the ring on Saturday night on ESPN (7:30 p.m. ET/4:30 p.m. PT) at the MGM Grand in Las Vegas.

That’s the reason why throughout fight week the two camps have had security assigned to them.

“It’s a lot of something over nothing,” said Klimas, the three-time Boxing Writers Association of America Manager of the Year winner. “I remember going up to see Lomachenko soon after (being confronted by Lopez Sr.).”

Klimas found the two-time Olympic gold medalist and three-division titlist alone in his hotel room, sitting at the edge of his bed with a quizzical look on his face, as if to say, ‘What the hell just happened?’

“Lomachenko told me (Lopez Sr.) had been drinking a little bit and he got excited and said some stupid things,” Klimas said. “That’s when all of the personal things started coming out. Lomachenko was signing autographs when Lopez came up to him. Lomachenko had no idea why this became so personal, because Lomachenko doesn’t do anything like that.

“The next morning, Teofimo’s manager, David McWater, called me to apologize for what happened the night before. David is a class man. I told him not to worry about it. Lomachenko had no idea who Teofimo (Lopez) Jr. was.

“But Lomachenko saw him fight and thought he was an interesting fighter, and little by little, we worked out a strategy for how the fight could be done. We were supposed to fight Richard Commey for the IBF title. We let (Teofimo Jr.) fight Commey, and we decided to fight Luke Campbell for the WBC title.

“I would say the strategy worked out well.”

“Loma said, his words, not mine, ‘I’m going to take him into the deep waters. I’m going to put him under water without oxygen as long as I can,’” Klimas said. “Loma said, ‘If I can bring him pain, I will.’ I think that we will see something special on Saturday night.

“I know Loma is looking forward to it.”

Somehow lost in this angry tsunami is Teofimo Lopez Jr. 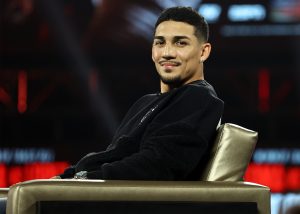 “Junior, I mean Teofimo the kid, is a great, beautiful kid,” Goodman said. “The kid didn’t start this. His father started it. It was all the father. Loma didn’t do anything, didn’t start with him, nor anyone. Loma is a 100-percent class. People could look at Loma differently, but that’s because they don’t know him.

“There is a language barrier there. Loma is about getting in the ring, doing his job—and winning. He wants to be the best. He’s just not a talkative person. People may take that the wrong way. They shouldn’t. This started with Teofimo’s father—not Loma and not Teofimo the son at all.”

Numerous sources admitted that Teofimo Sr. was intoxicated when he approached Lomachenko two years ago in the Stewart Hotel lobby. Teofimo Sr. admitted as much himself.

Goodman remembers going up in the elevator to the 28th floor of the Stewart Hotel that night with Lomachenko and Marco Contreras, who’s part of Lomachenko’s team. Goodman admits he felt bad for Lomachenko over Teofimo Lopez Sr.’s theatrics that had just transpired.

There was one thing that resonates from that Dec. 2018 night. “Loma was furious,” Goodman distinctly recalls. “No one treated him like that before. I remember him saying, ‘I’m not like an animal; you don’t talk to me like that.’”

On Wednesday, Lomachenko’s chilly veneer melted away in a narrowed, penetrating glare at Teofimo Jr. as the two sat on stage during their final press conference.

Saturday night brings a tangible theater of fists where words and cut-throat gestures won’t mean anything.