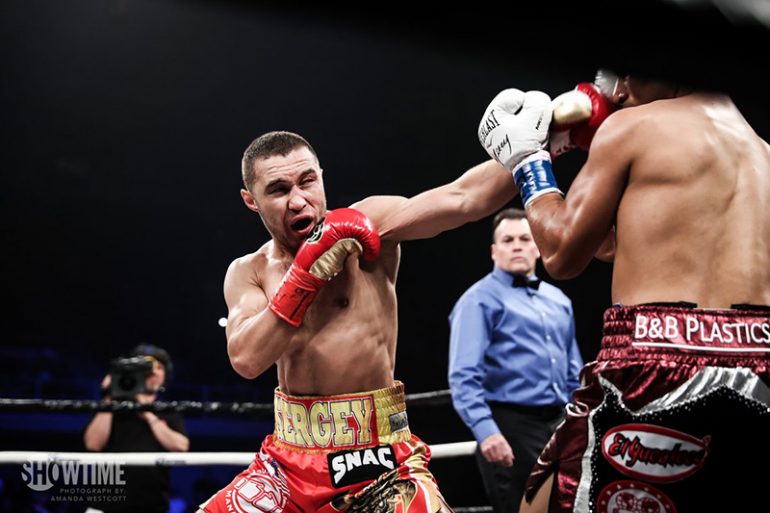 The fight will be contested for the vacant IBF interim welterweight title and will take place at the Mohegan Sun Arena in Uncasville, Conn., beginning at 9 p.m. ET. The card will also feature Xavier Martínez against Claudio “The Matrix” Marrero in a 12-round WBA junior lightweight title eliminator in the co-main event, plus junior welterweights Malik “Iceman” Hawkins and Subriel Matías in a 10-round showdown.

Lipinets (16-1, 12 knockouts) is based out of Woodland Hills, Calif. but is originally from Kazakhstan. He has won three straight since his lone defeat, a 2018 decision loss to Mikey Garcia. Lipinets, 31, hasn’t fought since last July, when he defeated Jayar Inson on the Pacquiao-Thurman card.

“Custio Clayton is an outstanding replacement opponent given the late change and should provide a stiff test against Sergey Lipinets on October 24,” said Tom Brown, President of TGB Promotions, which will co-promote the Premier Boxing Champions card along with Lee Baxter Promotions and Mayweather Promotions. “Clayton was already deep into training and will bring a wealth of experience, from his amateur days through his impressive pro career, into this showdown with Lipinets. This is a great opportunity for Clayton to announce himself as a welterweight contender against one of the division’s most dangerous fighters.”

The 33-year-old Clayton (18-0, 12 KOs) of Montreal, Canada will be fighting in the United States for the first time, and is stepping up to the championship level after fighting primarily on the local club scene.

“I’m very happy to have this opportunity,” said Clayton. “This is exactly the type of fight me and my team have been asking for. My preparation has been very good. This might seem like it’s last-minute, but I am more than ready for whatever Lipinets brings on October 24.”