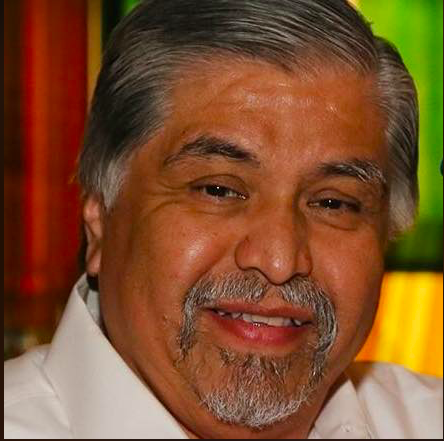 On October 11, boxing fixture Ricardo Jimenez passed away, after suffering a stroke.

It was shortly after that, that people like me, who didn’t know him that well, realized how beloved he was within our sphere.

The 64 year old publicist leaves behind his wife, Lilian, two daughters, and a reputation that is at a Hall of Fame level, judging by the outpouring of condolences messages and notes of sympathy posted on social media.

News of this sort is hard to handle, because Lord knows the world needs each and every of the certified good souls that grace our planet. And during times like these..well, it can go without saying that the exit of Ricardo from our small vocational circle leaves a bit larger of a hole than it would during a sunnier era.

But because of the onslaught of tumult, be it medical, political, what have you, it is that much more critical that citizens the caliber of Ricardo receive an extra measure of celebration.

The La Puente, CA resident Jimenez was best known in boxing for being a thoroughly instrumental building block in the buildout of the lighter weight fighters who rose up and more than did their part in keeping the sweet science afloat during periods that might otherwise have been more flat. Erik Morales, then Miguel Cotto, so many others–the publicity they enjoyed was catalyzed by their prowess as ring techs, but also in no small part because of the efforting of Jimenez. 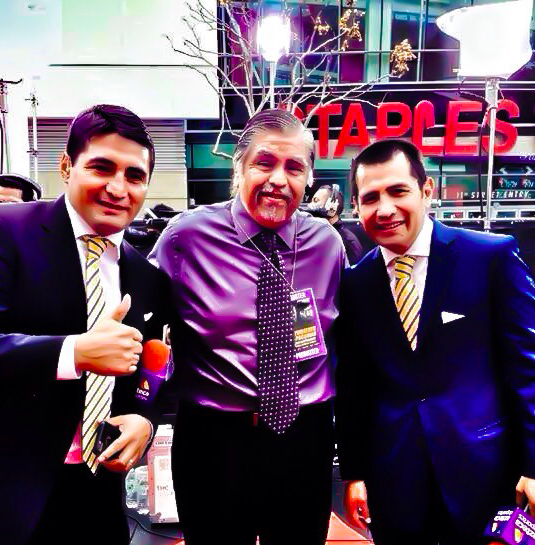 Ricardo in between Erik Morales, giving a thumb up, and Marco Antonio Barrera, in 2015. The publicist knew what fight writers needed, because he came from print media, and the fighters knew what he brought to the table, helping them gain in popularity.

Not too long after graduating from Cal State Fullerton, the native of Chihuahua, Mexico started at La Opinion, the largest Spanish-language daily paper in the US.

Jimenez, not yet “a boxing guy,” rose the ranks to become the sports editor. He covered hoops and football, and went on the road covering the Raiders and Lakers. Boxing got into his system, though, and after the stint running the sports department, in 2000 he got lured over to the side where they encourage coverage and help give it form. Jimenez proved invaluable in helping the needle move in the brand building of Morales, Jose Luis Castillo, Antonio Margarito and Cotto, at Top Rank. Truly, that’s not hyperbole, his patience and perseverance in getting ink for those pugilists in America, Puerto Rico, Mexico, and so forth helped fuel Top Rank’s continued run as the premier promoter within combat sports.

Truth be told, people like Jimenez are not lauded enough. The Boxing Writers Association of America got it right when in 2006 he won and at the 2007 gala he was awarded the Marvin Kohn Good Guy Award, sharing the honor with his partner, Lee Samuels. The award splashed a bit of that ink onto Jimenez, so that more people off the West Coast better understood how Jimenez and Samuels jelled so nicely together, at that Las Vegas fight shop. Ricardo and Lee both radiated a calmness and a coolness under fire, which contrasted most effectively with the brand of charm that bossman Arum did (and does) radiate. The Bobfather held onto some Brooklyn edge after shifting to the left coast, and Ricardo and Lee were more so soothing sorts.

That characterization is bolstered by the adoration that daughters Alex and Liz put forth in a letter to the boxing community. Here is an excerpt:

“We knew him first and best as our dad: funny, smart, and the most loving father that anyone could ask for. We watched movies with him every weekend and bonded over our love for the same TV shows and music. He loved listening to The Beatles and singing their songs to us,” the sisters shared. “He loved watching sports, on television or in person. We went to so many stadiums with him, and we loved hearing stories about his work and his childhood. He was there for us without fail no matter what. He loved us and he made sure that we knew it.”

Alex, for the record, is in her fourth year at UC Berkeley, deep into English and Spanish literature as a comparative literature major. Liz, focusing on history, is in her second year at San Francisco State.

Our culture could do a better job in teaching priorities. It seems like Ricardo, who suffered a stroke Oct. 7, had the right idea, and chose some truly admirable metrics to focus on while helping fighters get that pub.

In his memory, his family set up a fundraiser, to defray expenses and to go toward a celebration of his life. Click here to donate to this worthy cause.

On a call early this week, Hall of Famer/Good Guy Samuels didn’t as per usual offer tidbits from camp, background to help a reporter form a hook for a story. He instead admitted how hard it was to get the news, that his buddy had passed away, and that much more so while the world struggles to grapple with a pandemic and other tall challenges.

“He was my partner for 15 years,” Lee told me. “He was my dear friend, the best PR partner. This is devastating.”

The Top Rank PR helmsman recalled fondly the time they’d get together at, say, StubHub, in recent years. Lee and Ricardo would sit in the back of press row, share war stories.

More than one promotion was lifted from middling to more than that when Ricardo’s gentle touch would work wonders on a fighter who’d had it with the parade of interviews, and repetitive querying from journos.

“What he did for the company, he drove us into the Hispanic communities,” Samuels shared, “during a height in the power of newspapers. And then that era went by, and it went more toward digital stuff.”

Rick Seara joined Top Rank doing TV production in early 2000, right after Ricardo came in, around February 1999. Seara told RING what Ricardo meant to the company. “Ricardo was a journalist, so he knew what writers wanted, and he and Lee always went the extra mile,” Seara said. “One important thing, when he did translation, he did it verbatim, he didn’t shorten it. He cared about the fighters, and whether it was Morales, Jorge Arce, Julio Chavez Jr, Jose Luis Castillo, etc., he befriended them, cared about them, he wasn’t just a publicist.” Seara was at Top Rank for 11 years, and recalls very, very fondly at some of those smaller shows, the “B” PPVs, how it would be a tight crew putting it together, and Ricardo was a vital cog there. “Everyone remembers the big ones, Cotto vs Pacquiao, Morales versus Pacquiao, etc. I always remember those small shows. And Ricardo always talked about his daughters! He was a great father, and man.”

Seara is still in touch with Erik Morales, who shared some thoughts on Ricardo, to RING. “Ricardo was always a good friend,” Morales told us. “He was always on top of things! He was very detailed when we talked to the press, for press conferences or interviews.”

As we are inside the bubble, doing the grind, most of us don’t take enough time to take time out to tell colleagues, friends, family, strangers, that they are doing a helluva job, and that we appreciate their efforts. Maybe we can all send a mental note to ourselves to be better with that, since the pandemic is reminding us of the fragility of existence. We do think Ricardo, though, had a decent sense that people appreciated his efforts.

Lee shared an anecdote that shapes this theory. Samuels entered the International Boxing Hall of Fame in 2019. At Canastota, he was in a break room, at the “house” hotel, during induction weekend. Erik Morales and Jorge Arce hit the ceremonies, and asked Lee if he could do a favor for them.

Could you tell Ricardo thank you for everything he did, for creating the men we became, for pushing us to the media and making us stars, they requested.

Lee did so, carried the message to Ricardo. And in response, his pal got emotional. “He cried, on the phone,” Samuels recalls. “It was the ultimate compliment for a publicist.”

Lee paused. I could hear activity, it sounded like his services were being requested. “I gotta wrap it up, Mike, ” Samuels said.

“It’s crazy here,” he noted, five days before the lightweight showdown between Vasiliy Lomachenko and Teofimo Lopez in Las Vegas.