Arnold Barboza: I’ve got everything I need to beat Alex Saucedo 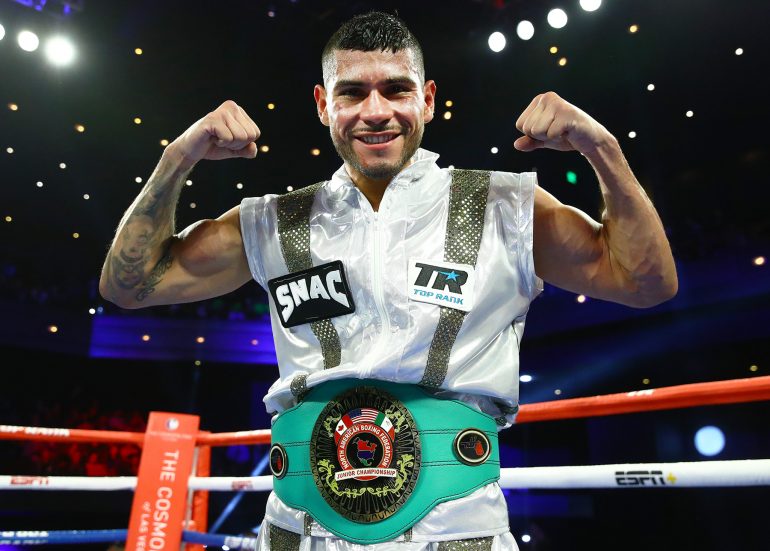 Arnold Barboza admits Saturday’s opponent Alex Saucedo has faced tougher opposition, but he will not concede that his opponent is a better fighter.

The unbeaten junior welterweight is confident of prevailing when the pair meet at The Bubble inside the MGM Grand in Las Vegas. The 12-round bout will precede the main event unification bout between Ring Magazine lightweight champion and unified world titleholder Vasiliy Lomachenko and IBF counterpart Teofimo Lopez.

Both fights, along with the eight-round super middleweight bout between hard-hitting Edgar Berlanga and Lanell Bellows, will air live on ESPN (10 p.m. ET/ 7 p.m. PT).

The 28-year-old is taking a significant step on in class by facing Saucedo, whose only loss came against Maurice Hooker in a November 2018 world title bout. He has won two bouts since.

The Saucedo fight could produce fireworks as both men come forward and throw a lot of punches.

“I feel like my style and his style will bring out the best in both of us,” said Barboza, who spoke to media at Tuesday’s Zoom press conference. “I feel like we both need each other in some sense. He’s trying to get back to where he was, and I’m trying to get where he was at when he fought for the (world title) belt.”

Despite a disadvantage in terms of experience, Barboza, who is rated No. 8 by The Ring at 140 pounds, believes that he can pull off an impressive victory.

“Of course he’s my toughest opponent yet, but I’ve got everything I need to beat him,” said Barboza, who turned pro in June 2013. “I feel like I’m finally gonna get respect in this division.”

The 140-pound weight class is stacked with talent. Top Rank promotes WBC/WBO titleholder Jose Ramirez and co-promotes Ring Magazine champion Josh Taylor, who also owns the IBF and WBA titles. An undisputed title fight between the pair is likely for early 2021, but Barboza believes that he is also among the elite. Indeed, an impressive victory over Saucedo will open the door to more big events.