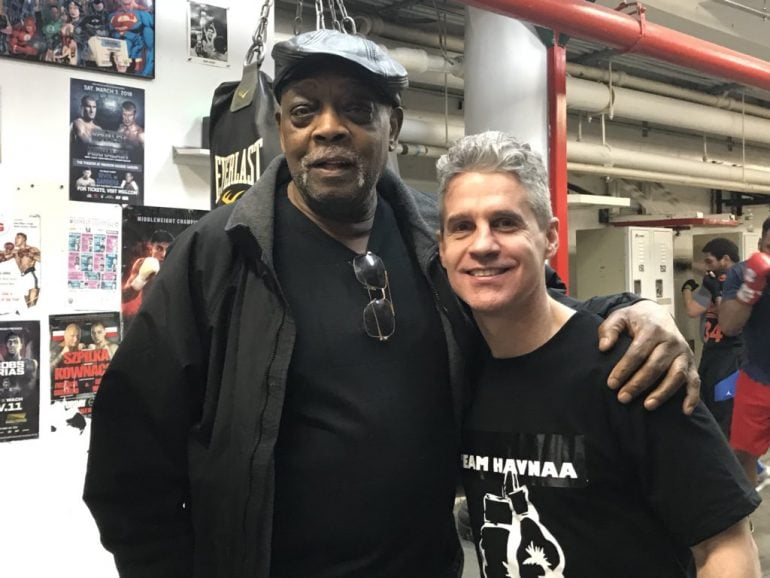 Joey Gamache sat a month ago in a small side room, rubbing the sleep out of his eyes and wearing a grin on his face. He wore the expression of someone with a secret, as he was planning out what the day would be like for IBF lightweight beltholder Teofimo Lopez, who sat about 100 yards away doing a teleconference interview from their New Jersey training facility.

Gamache, the former WBA junior lightweight and lightweight titlist, will be working the corner of Lopez (15-0, 12 knockouts) when he fights WBC Franchise/Ring Magazine/WBA and WBO lightweight titleholder Vasiliy Lomachenko (14-1, 10 KOs) this Saturday in a megafight on ESPN from the MGM Grand in Las Vegas.

The 54-year-old from Lewistown, Maine, is in a unique position, since he worked in Lomachenko’s corner for his fights against Jose Luis Ramirez and Orlando Salido. It’s given Gamache, who will be teamed with Teofimo Lopez Sr., a good sense of what works against Lomachenko and what doesn’t. Gamache worked Lopez corner for the first time in his last fight, a rousing, stunning two-round blast out of Richard Commey for the IBF lightweight belt in December.

“Teofimo is a very smart fighter, with a big boxing IQ, and he’s a hard worker, a very, very hard worker,” said Gamache, who forged a 55-4 record, with 38 kayos in a 13-year career. “I’ve been in both camps. Lomachenko is another guy who’s a very, very hard worker. I worked Loma’s corner for Ramirez and for Salido, but Vasiliy’s father, Anatoly, does most of the work. But I’ve seen both fighters up close.

“Teofimo is the best-kept secret out there. You heard so much about Loma coming up, and it’s deserved. He had such a great amateur background, but I have spent much more time with Teofimo than Lomachenko. I did get to work with him, and spend time with him. Vasiliy is a special guy, but it doesn’t mean Teofimo is any less special. His power is incredible, who’s as much of a technique guy as Lomachenko.

“Being in both camps, you can see both sides. Teofimo was a big amateur himself. His accomplishments don’t get talked about as much, but he’s not lacking in any areas. There is a big difference in punching power. Lomachenko doesn’t rely as much on punching power. I definitely think Teofimo can hurt him.”

Gamache says he likes the Lomachenkos, how they train, how they carry themselves. He respects them and what they’ve done in a relatively quick time frame.

What bothers him is no one appears to be giving his fighter enough credit. Size could matter.

“Lightweight may be too big for Lomachenko, and we saw him in the Luke Campbell fight, and how he struggled against Jorge Linares,” Gamache said. “I’m shocked the punching power of Teofimo, and if he had fought those same opponents, Teofimo would have stopped Campbell and Linares. With Loma, he hits angles well, he’s in front of you, he’s in back of you, he’s very stylish. But he is 32. His defense is very good, but that’s changed a little. He’s been getting touched up lately. Lightweight really isn’t his division. Teofimo is a big lightweight. He may not stay in this division very long, but he’s a big lightweight who punches like a heavyweight. He’s been trained to be a puncher. He’s very dangerous.

“Teofimo can crack to no end. I can see Teofimo stopping Lomachenko. I hate to say that, because Lomachenko, the father and the son, have done so much for the sport. But in time, things catch up to you. Sooner or later, you meet that match, when you say to yourself, ‘I didn’t need this fight.’ If I was studying Teofimo and I was in Lomachenko’s camp, I would suggest, ‘You don’t need this.’ I know he wants to unify the championship, but he belongs at featherweight or junior lightweight.”

Lopez, Gamache stresses, doesn’t rely solely on his power. His versatility makes him that much more dangerous.

“They both have similar styles,” Gamache said. “If I had to compare this fight to a past fight, it could be a Roberto Duran-Ray Leonard I, with Teofimo playing the role of Duran. Teofimo sees it like a Mike Tyson-Michael Spinks fight (laughs). Teofimo punches like Tyson, and he has the boxing moves to go with it, too. Loma is not going to be afraid of Teofimo’s power. That’s going to change once he gets hit. It won’t be like being hit by Luke Campbell or Jorge Linares.

“This is where it comes to an end.”