Charles Conwell shakes off hand pain, knocks out Wendy Toussaint in round 9 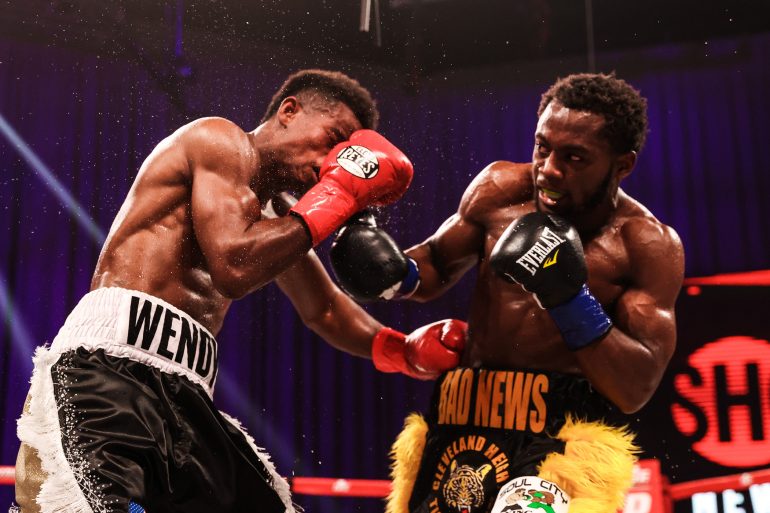 Charles Conwell hurt his right hand in round seven, but two rounds later, the same hand ended the fight.

The hot junior middleweight prospect connected with a solid right uppercut that broke the nose of Wendy Toussaint in round nine to end their scheduled 10-round contest Wednesday at the Mohegan Sun Arena in Uncasville, Connecticut.

The 28-year-old Toussaint, of Huntington, New York, who previously served as a sparring partner for the likes of middleweight contender Sergiy Derevyanchenko and light heavyweight contender Joe Smith Jr., suffered his first loss.

Toussaint was breathing heavily in round two, a product of solid combinations to the body from Conwell.

Conwell of Cleveland Heights, Ohio landed a short uppercut to the chin at the end of the round that backed up Toussaint.

It was more of the same in round three as Conwell landed almost exclusively to the body. While Toussaint had his moments, he landed little of note.

The right hand found its home with increasing regularity for Conwell, who backed up Toussaint with the punch throughout the fourth round.

Conwell applied more pressure in the seventh round. He jarred Toussaint with an uppercut and backed him up behind a solid jab.

However, the 22-year-old grimaced in pain after connecting with a right cross to Toussaint’s head late in the round. His corner urged him to just “touch with it,” but Conwell was swinging with full force by the ninth frame.

Toussaint immediately raised his right glove to the air and took a knee as referee Johnny Callas reached the 10 count.