Liam Williams vows to give Andrew Robinson a beating, targets the world’s best 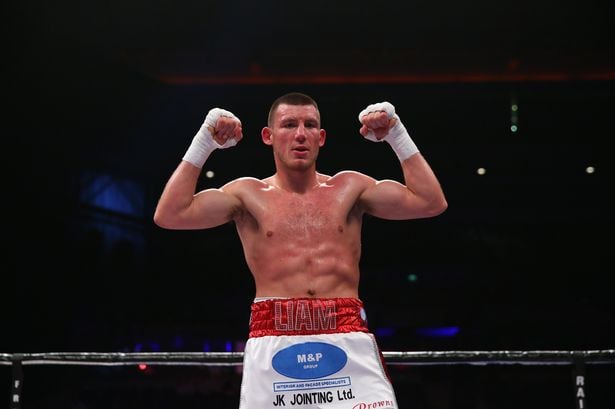 Talented boxer-puncher Liam Williams will defend his British middleweight title for the second time against Andrew Robinson at the BT Sports Studio in London on Saturday.

“I’m really looking forward to it,” Williams (22-2-1, 17 knockouts) told The Ring. “I think it’s going to be a more challenging fight than people seem to think. Robinson is a solid fighter. I think he presents his own [set of] hurdles. He’s quite awkward and unorthodox, he’s tough, he’s been around the block a bit.

“I believe he’s going to come in in tip-top shape, and mentally he’s going to be very determined. He’s got nothing to lose, I’ve got it all to lose, the pressure’s on me. But I love it, I love the pressure. It’s all on me to take everything away from him and stop him in his tracks and that’s what I’ll do.”

While some fighters have been thrown off-kilter since the re-start, Williams is adamant that he isn’t looking past Robinson.

“There’s definitely no danger of that,” Williams said from his training base in Sheffield, England. “I’m definitely not going to overlook this guy.

“I know he brings a threat and the main threat is that he’s trying to take away all my opportunities and my future. It’s not happening, I’m fully on it. He’s going to be on the wrong side of a bit of a bad beating.”

The 28-year-old Welshman is close to a world title opportunity but plans were put on the backburner due to the COVID-19 pandemic.

“I’m just glad I held on to the [British] title because it’s kind of fitted in with all the COVID restrictions,” Williams explained. “It still keeps me in a fairly big title fight. I’d love to win a British title outright but it’s not really my end goal. I’m hoping after this fight – no slips up, no injuries, no nothing – that a world title will be my next fight.”

Williams is willing to face anyone, he just wants a world title opportunity.

“I’d love to face [Jermall] Charlo, I’d love to face Canelo [Alvarez], just to test myself, to see where I’m at, because at this moment everything seems to be running smooth. I’m in a fantastic place. I’d love the opportunity to face [Gennadiy] Golovkin. I genuinely think I’d have the beating of him. He’s probably coming toward the end now, he’s not what he once was. [Chris] Eubank Jr. doesn’t hold a belt but he’s another cracking dust up.

“At this moment in time, I don’t think that there’s going to be too many people to compete with me other than the top middleweights or elite-level fighters. I don’t think anybody else is going to get near me at the moment.

“There’s so many good fights in and around my weight that I would be prepared to step down a couple of pounds or step up a couple of pounds. I just want to make big fights. I want to be in involved with the best.”

Robinson has been a professional since 2012. The 35-year-old won his first 13 outings before losing for the first time against Frank Buglioni (UD 10). He then won a regional title before losing to Sam Sheedy (SD 10) and Lee Markham (UD 10) in 2016. He was stopped in six rounds by Mark Heffron but has rebounded with three wins, including an upset triumph over the previously unbeaten Damian Jonak (SD 8). His record is 24-4-1 (7 KOs).

Williams-Robinson, plus undercard action, will be broadcast on BT Sport in the U.K. and ESPN+ in the U.S.