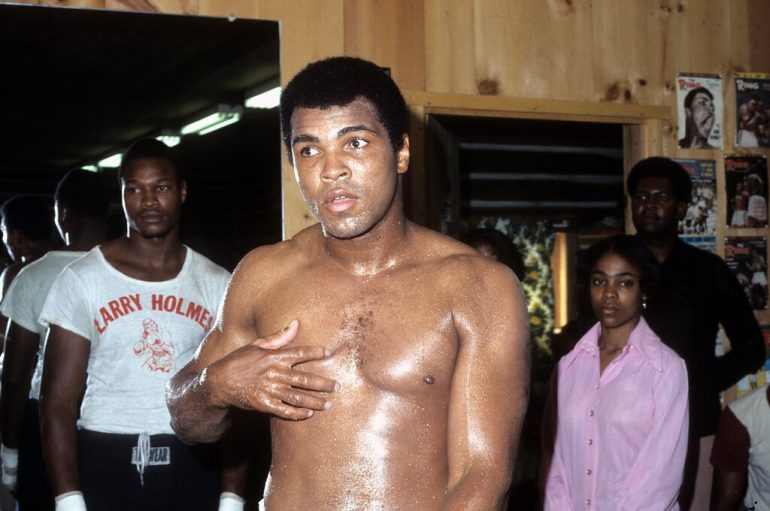 A young Larry Holmes (left) stands behind Muhammad Ali, who was in training for a fight against then-champion George Foreman in 1974. Photo from The Ring archive
02
Oct
by Tom Gray

It’s an anniversary that most fight fans would rather forget.

On October 2, 1980, Larry Holmes, making the eighth defense of the WBC heavyweight title he won from Ken Norton two years earlier, picked the wings off “The Butterfly” at a temporary arena erected outside Caesars Palace in Las Vegas. Despite Holmes frequently and charitably holding back on his offense, the 38-year-old Muhammad Ali was passive throughout, and a capacity crowd of some 24,370 fans that hoped to witness a great fight found themselves at a heavyweight championship funeral. Angelo Dundee, Ali’s longtime chief second, closed the casket at the end of Round 10.

Amazingly – or alarmingly – Ali managed to get licensed for one more bout, “The Drama in Bahama” against Canadian brawler Trevor Berbick in December 1981. The former three-time heavyweight champion and living legend performed better – due largely to the fact that he was in with Berbick and not Holmes – but he still dropped a 10-round unanimous decision to a man that he would have outclassed with ease in his heyday. It was an ignominious ending to a glorious 21-year professional career. 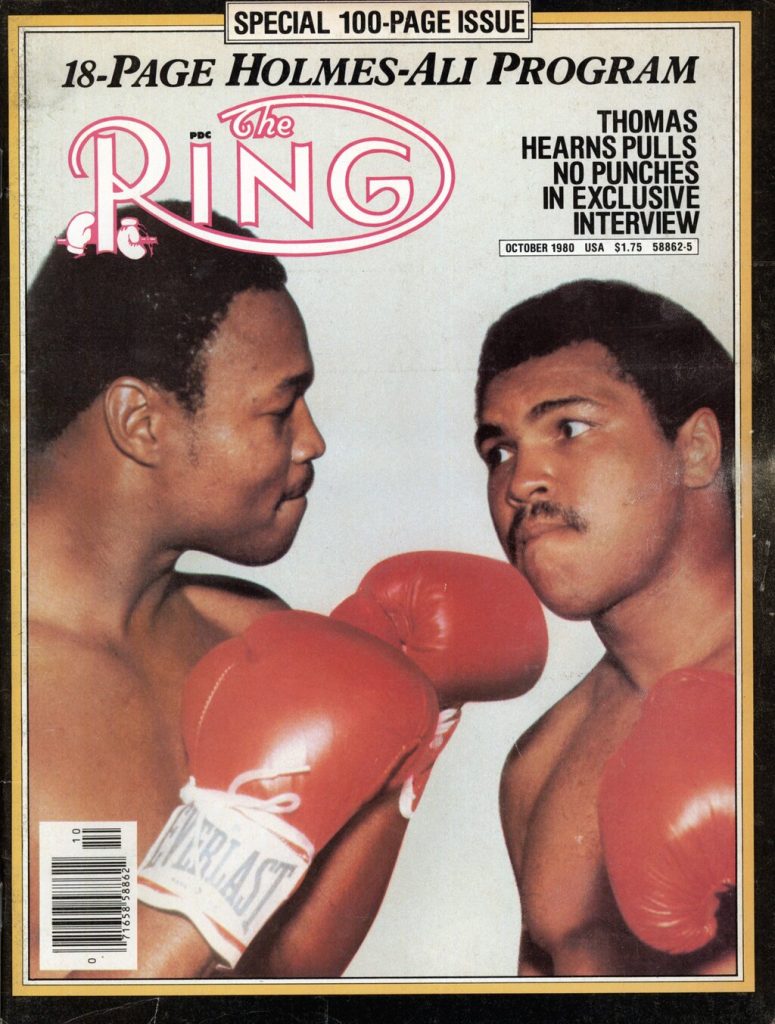 Ali’s health declined quite rapidly and less than three years later he was diagnosed with Parkinson’s Syndrome. Sixty-one professional fights; many of them classic wars, hundreds of rounds of sparring and a propensity to play out the legendary rope-a-dope routine over and over and over again took a nightmarish toll on arguably the greatest sportsman that ever lived.

“To be honest, I saw it coming,” said Larry Holmes, who was employed as Ali’s sparring partner between 1971 and 1975. “I knew Ali, I was around him, and he didn’t want to stop, he just kept fighting. I would say, ‘Man, you need to stop taking all these punches’ and he would say, ‘shut the hell up!’ or ‘get the hell out!’ That’s just the way he was in later years.

“You don’t stand around taking punches. The object of the game is to hit and not get hit. When he was young, Ali could do all that; he was moving, he was blocking, so he seen everything coming at him. Neither of us really wanted the fight in 1980, and the only reason we did fight was because we got a lot of money. Ali was great; he was great then, and he’s great now.”

Unlike Ali, who had a long and distinguished amateur career that culminated in Olympic gold, Holmes cut his teeth in professional gyms where he was tested to the maximum. As well as Ali, he sparred with “Smokin’” Joe Frazier, Earnie Shavers and Jimmy Young, transforming himself from a fluid technician lacking in hitting power to a brilliant and durable boxer-puncher with a lethal left jab and a criminally underrated right cross.

“In sparring, Ali would throw the punches at you, but if he hurt you he’d slow up. His whole thing was getting in shape. If he doesn’t get in shape, then he can’t be ready for Kenny Norton, Joe Frazier or George Foreman. He wouldn’t have been able to beat those guys without being in shape.” 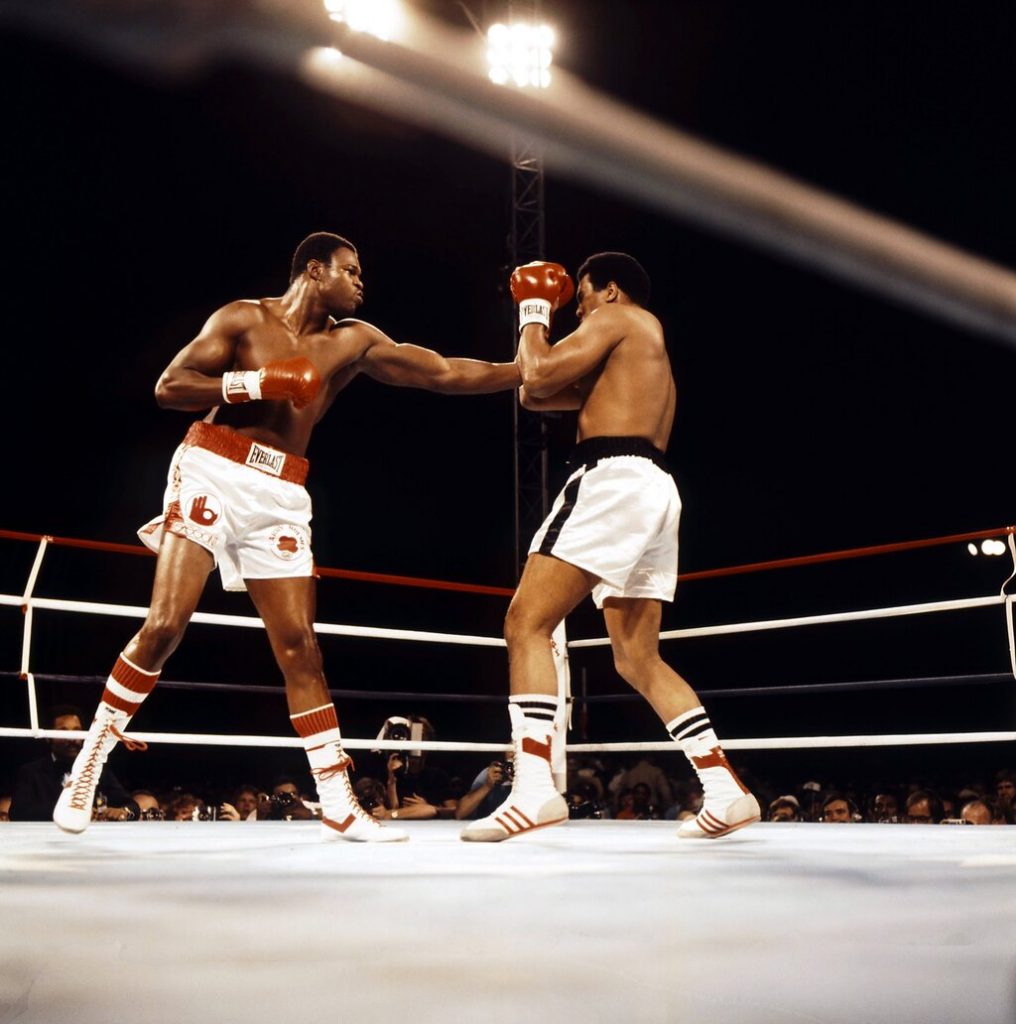 Holmes (left) pumps out the jab against Ali . Photo from The Ring archive

During his time under Ali’s employ, Holmes learned that long-term consistency trumps short-term intensity. He was always watching, always studying, and he took no shortcuts. “The Easton Assassin” would reign from 1978 to 1985, making 20 successful title defenses along the way. Despite the massive shadow of Ali hanging over him during his prime years, Holmes’ legacy is appreciated more now than ever.

“Look, I was just an amateur when I met Ali,” recalled the ex-champion. “I never thought I’d share a ring with him, I never thought that I’d fight him. I wasn’t awed by him because it was important for me to believe in myself.

“We worked out together and I did what I could do in there, and I also avoided trying things that I couldn’t do. I learned how to fight by fighting with Muhammad Ali. He knew I was going to be champion one day because he told me. I didn’t go out there to hurt Ali when we fought in 1980, I didn’t go out there to hurt anyone. I just got myself in shape and gave myself the best chance to win.”

And what if the 1980 version of Holmes faced off against the 1966 version of Ali?

“I win, but I win against anyone,” said Holmes, who also learned how to be humble from “The Greatest” himself.