Shakur Stevenson awaits WBO ruling, will not step aside for Herring-Frampton 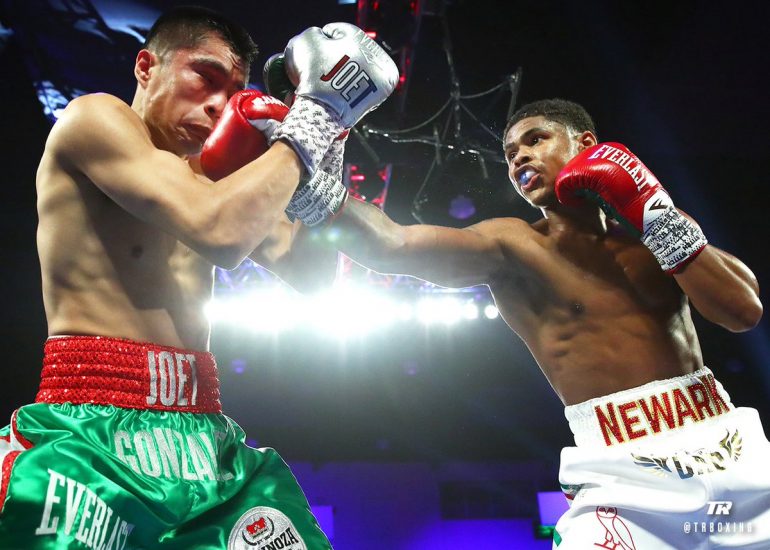 Last October Shakur Stevenson lived up to his lofty billing with a near flawless exhibition of boxing en route to posting a wide unanimous decision over previously unbeaten Joet Gonzalez to claim the vacant WBO featherweight title.

The 23-year-old southpaw had been scheduled to make his maiden defense against seasoned veteran Miguel Marriaga in March. However, that fight was canceled at the eleventh hour due to the COVID-19 pandemic.

“It was disappointing,” Stevenson (14-0, 8 knockouts) told The Ring. “I had been through an eight-week camp, and did all that stuff to lose weight and make 126 one last time.”

His promoter, Top Rank, were able to assuage his frustration by bringing him back to headline the first significant event post-lockdown when he stopped Felix Caraballo in six rounds inside the Bubble at the MGM Grand in Las Vegas.

“It was a good performance,” Stevenson said of his 130-pound debut. “It was good for me to get my ring rust off and get back in the mix of things. Bringing back boxing definitely felt good.”

As per WBO rules, after vacating his 126-pound title, Stevenson was instantly installed as the WBO 130-pound mandatory challenger.

The Newark, New Jersey resident hopes to fight in December or January at the latest.

“I’m waiting to see what’s going on,” Stevenson said from his training base in Houston. “I heard that [WBO 130-pound titleholder] Jamel [Herring] has to defend [against] his mandatory before January and [Carl] Frampton is not his mandatory, I’m his mandatory.

“I’m still waiting to see what the WBO is going to do. If I’m the mandatory, I’m first.”

Stevenson would not entertain the possibility of a stay-busy fight, thus stepping aside to allow Frampton to face Herring.

“No, not if I’m the mandatory,” he said. “I don’t see why I should be waiting for them to fight when I could be fighting for that belt.”

Stevenson is a young man in a hurry and he is intent on marching through the weights.

“I haven’t had the chance to prove it yet but I think I am the best fighter at 130 and I think a lot of people know that.

Stevenson also harbors a desire to face the sublimely talented Vasiliy Lomachenko. He will be an eager observer when the Ukrainian master squares off against Teofimo Lopez in their unification bout on October 17.

“I think Lomachenko is going to move back to 130 if he gets past Teofimo and me and him are going to fight,” said Stevenson. “I’ve been saying it before I even had a world title.