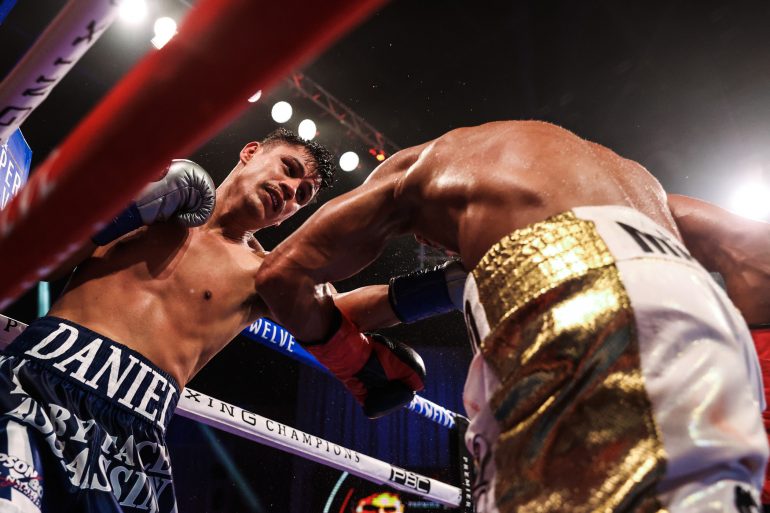 Danny Roman got off to another slow start, but this time he came out the victor.

Roman had a strong performance in the championship rounds to outpoint a game Juan Carlos Payano in their 12-round junior featherweight title eliminator at Mohegan Sun Arena in Uncasville, Connecticut, on Saturday.

The bout was the fourth of Showtime’s six-bout PPV event.

All three judges scored the fight 116-112, although the consensus from a majority of boxing observers had the fight much closer.

The 30-year-old Roman (28-3-1, 10 KOs), a former unified titleholder, dug to the body with both hands in round two. Late in the frame, he snuck in a left uppercut that momentarily buckled Payano.

The southpaw Payano baited Roman to come to the ropes and landed a sharp counter right hand.

It was a terrific third round for the southpaw Payano.

However, Payano did not exit the round clean, as he suffered a cut on his forehead, resulting from an accidental clash of heads.

In round five, Roman momentarily went southpaw but was unable to corral Payano in the corner. The 118-pound titlist was countering effectively off the ropes.

Payano (21-4, 9 KOs), who suffered two knockout losses in his previous three fights at the hands of Japanese superstar Naoya Inoue and Luis Nery, continued to surprise in round six.

The 36-year-old, a native of the Dominican Republic but trains out of Florida, connected with a quick body shot combination followed by a crisp left uppercut.

Roman, who is generally a solid counterpuncher to the body, had the tables turned on him in round seven, as Payano was getting the job done downstairs.

It was more of the same in round eight, but more so. Payano hurt Roman with a left hook to the body and battered him against the ropes.

But Payano’s corner admonished him in-between rounds for trying to go for the finish too early.

Roman rebounded with a strong ninth round. He connected with a solid left uppercut, but Payano continued to come forward. 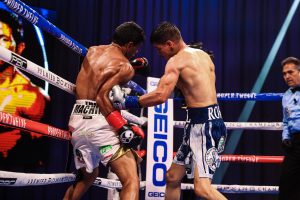 Roman was very aggressive in round nine, ripping Payano with both hands to the body. Later in the round, Roman connected with a sweeping right hand that opened another cut on Payano’s left eyelid.

Roman continued to rally in the 11th frame. He backed up Payano with a right hand and bullied him along the ropes.

Like his last fight against Murodjon Akhmadaliev, a split decision loss in a unification bout in January, Roman found himself in position of trying to snag a come-from-behind-victory.

Roman’s stiff jab backed Payano into the ropes about halfway into the 12th. Just before the final bell, Roman dropped Payano with a hard left hand. But referee Johnny Callas ruled “no knockdown.”

Fortunately for Roman, that did not come into play as he picked up his first win of 2020.