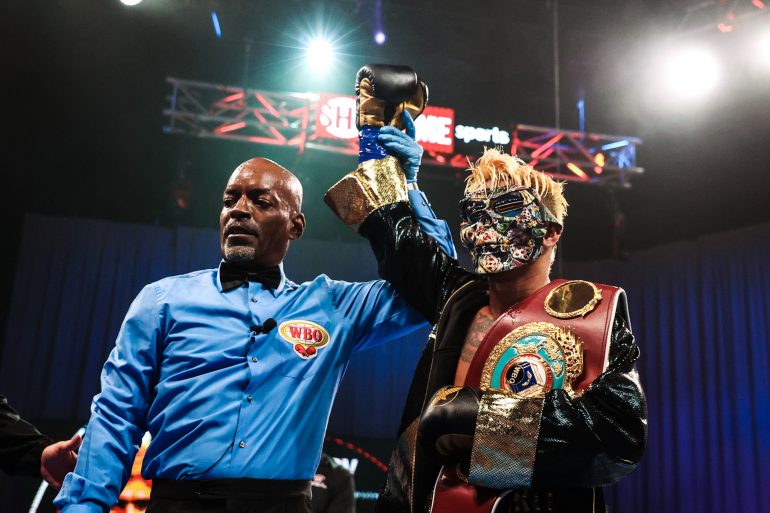 John Riel Casimero made his first WBO bantamweight title defense with a third-round stoppage of Duke Mika on Saturday night in the opener of Showtime’s six-bout PPV event at Mohegan Sun Arena in Uncasville, Connecticut.

“I worked hard and got the win tonight,” Casimero said. “In the first round I saw the body shot hurt him and thought I could get him out right away, but he’s a good boxer who was undefeated for a reason.

“The second round the uppercut hurt him, but Duke Micah works hard, he’s strong and has a good chin. I knew I was facing a good fighter, so I didn’t expect to knock him out so fast. He’s strong so I was prepared to go all 12 rounds.

“I’m the real monster. Naoya Inoue is scared of me. You’re next. I would have knocked out anyone today. If Inoue doesn’t fight me, then I’ll fight Guillermo Rigondeaux, Luis Nery, or any of the top fighters.”

The 29-year-old Micah, known as “The Baby Faced Terminator,” suffered the first defeat of his pro career.

Casimero was supposed to face Japanese superstar Naoya Inoue in a 118-pound title unification fight in April in Las Vegas, but when the COVID-19 pandemic hit, their event was canceled. Casimero then agreed in August to face Micah.

Casimero drilled Micah with a clean left hook late in the second round. He threw the kitchen sink trying to stop him but was unable to finish the job.

Prior to the start of the third round, Willis warned Micah to show him something, or he would stop the fight. Casimero connected with several power punches, including a sharp uppercut that forced Willis to halt the action.