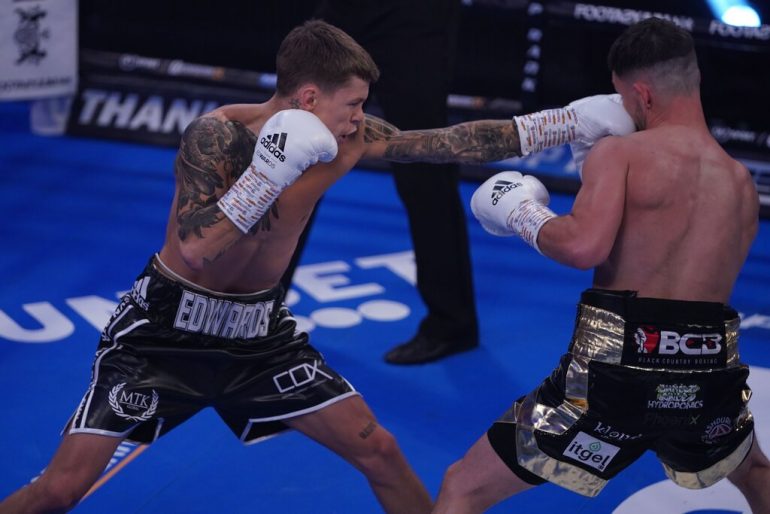 Former WBC flyweight titleholder Charlie Edwards scored a convincing 10-round decision over Kyle Williams at the BT Sport Studio in London on Saturday. The official score submitted by lone judge and fight referee Bob Williams was 99-91.

Edwards, who is now campaigning at junior bantamweight, took this fight at the full bantamweight limit of 118 pounds to end a 13-month period of inactivity. In his last outing, in August 2019, he retained his WBC title on a no-contest verdict after Ring-rated Mexican contender Julio Cesar Martinez struck him with a body blow when he was down in the third round.

Against Williams there was no such drama.

The 27-year-old Edwards boxed well off the target for most of the contest, and the bout only changed course in the fifth and the eighth when Williams closed the gap and got off some worthwhile offense. It was Edwards’ superior ring craft that was decisive in the majority of the sessions.

“I needed to shake off the ring rust,” said Edwards (16-1, 6 knockouts) in his post-fight interview with BT Sport in the U.K. “Kyle didn’t stop coming for the 10 rounds and he gave me some close rounds. I’m not a bantamweight, I’m a (junior bantamweight), but it was nice to get in there and fight a good opponent in Kyle Williams, who is no mug.

“I’m back, and now we’ll push forward and look for big and better fights.”

Romanian Ionut Baluta scored an impressive third-round stoppage of David Oliver Joyce at junior featherweight. Baluta released a torrid attack on the Irishman in Round 2 and followed up his success with a heavy left hook knockdown in the third. Joyce made it to his feet but he was hurt and an accurate two-fisted burst prompted referee Steve Gray to stop the contest. The official time was 1:49.