Ring Ratings Update: Championship season is upon us 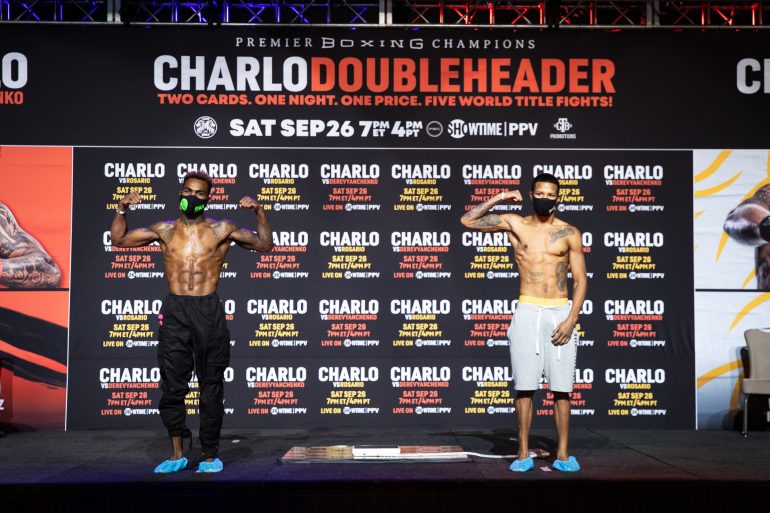 Jermell Charlo and Jeison Rosario are set to fight for the vacant Ring Magazine 154-pound title.
25
Sep
by Doug Fischer

Boxing’s return during the COVID-19 pandemic has been gradual and often times underwhelming. However, the fall-winter schedule is more than promising and it kicks off on Saturday with three Ring Magazine title bouts.

In England, Josh Taylor is set to defend his Ring, IBF and WBA 140-pound titles against his IBF mandatory Apinum Khongsong. U.S. boxing fans can watch Taylor-Khongsong on ESPN+ starting at 2:30 p.m. ET. 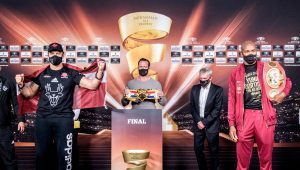 In Germany, the long-awaited World Boxing Super Series cruiserweight final between Mairis Briedis and IBF beltholder Yuniel Dorticos. Briedis and Dorticos are The Ring’s Nos. 1 and 2 cruiserweights, the Ring Magazine title (vacated by Aleksandr Usyk when he moved to heavyweight) is on the line. U.S. fans can watch Briedis-Dorticos on DAZN starting at 3:00 p.m. ET.

On October 17, Ring/WBA/WBO lightweight champ Vasiliy Lomachenko takes on the challenge of IBF beltholder Teofimo Lopez in an ESPN-televised event from Las Vegas. 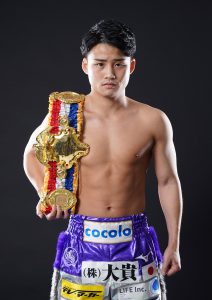 On October 31, “The Monster,” Naoya Inoue makes his Las Vegas debut, defending his Ring, IBF and WBA bantamweight titles against The Ring’s No. 6 contender Jason Moloney. Inoue-Moloney will be televised on ESPN.

Other Ring Magazine championship bouts are filling out the 2020 winter and early 2021 schedule.

The postponed third match between Ring/WBC heavyweight champ Tyson Fury and Deontay Wilder is targeted for December 19 in Las Vegas, and the recently announced rematch between undisputed female welterweight champ Jessica McCaskill and future hall of famer Cecilia Braekhus, earmarked for early 2021, will be for the inaugural Ring women’s 147-pound title.

There’s a lot to look forward to. Now let’s take a look back at the month of September and see how the Ring-rated fighters fared from September 5 through 19.

Light heavyweight – Anthony Yarde remained at No. 10 after a sixth-round stoppage of Dec Spelman.

Panelist Anson Wainwright suggested moving Yarde up one spot, which was co-signed by Martin Mulcahey.

Associate editor Tom Gray told them to pump the breaks a bit.

“I’d keep Yarde at 10,” he said. “Spelman was coming off back-to-back losses at British and Commonwealth level. Yarde was expected to win big and he did. (Dominic) Boesel, who is No. 9, has been more consistent at the European level and deserves his spot.”

Panelist Adam Abramowitz and Yours Truly agreed with Gray.

Super middleweight – Fedor Chudinov remained at No. 8 after stopping Umar Sadiq in the 12th round.

Again, Wainwright and Mulcahey suggested a one-spot advancement, but was rebuffed by Gray, Abramowitz and Yours Truly.

Junior middleweight – Erickson Lubin advanced one place, from No. 9 to No. 8, following a unanimous decision over Terrell Gausha.

Some Panelists suggested that Batyr Akhmedov is on the edge of consideration for a top-10 ranking.

Welterweight – Yordenis Ugas remained at No. 7 following a split decision over Abel Ramos (that all of the Panel acknowledged should have been a comfortable unanimous verdict for the Cuban contender). 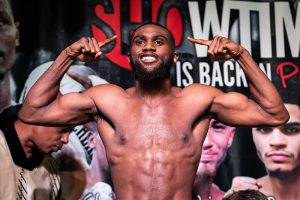 Wainwright: “Jaron Ennis looked very impressive dropping Juan Carlos Abreu three times en route to stopping the gutsy Dominican fighter. Ennis like Vergil Ortiz probably needs that signature win to crack the top 10. We have a very solid top 10 and so it’s tough to get in.”

Mulcahey: “Slow and old Abreu was bound to make Jaron Ennis look great, and so it went but credit to Ennis for delivering a great performance. Like cruiserweight there is a glut of talent at 147. I think Ennis deserves to be there over a more one-dimensional Sergey Lipinets (yes, the Lamont Peterson win was very good), but not over Mickey Garcia, so if we can dump out No. 9 and move Garcia up to No. 9 I can see Ennis entering at No. 10. Otherwise he is just outside in my opinion.”

Michael Montero: “Head to head Ennis probably beats half the welterweights out there already, but he needs that win over a top fighter (like Vergil) to crack the top ten.”

Junior lightweight – Jamel Herring remained at No. 3 after a bloody eight-round DQ against Jonathan Oquendo.

Flyweight – Christofer Rosales remained at No. 9 after a four-round stoppage of journeyman Jeno Tonte. The Panel considered ranking Jesse Rodriguez (12-0, 8 KOs) after the 108/112-pound prospect blasted normally durable former title challenger Janiel Rivera in one round. 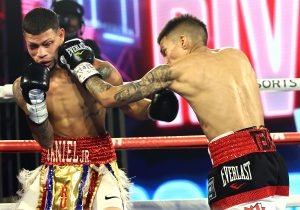 “I’d like to see Jesse Rodriguez enter the flyweight rankings, but I’m not sure where,” he said. “Our rankings at flyweight are a little upside down with our Nos. 8, 9 and 10 guys probably better than our Nos. 6 and 7 guys (Andrew Selby and Masayuki Kuroda.) I’m not sure where Rodríguez belongs, but I’d take him over Selby or Kuroda right now.”

Added Mulcahey: “I am liking what I see from Rodriguez as well, he’s a well-schooled amateur with a southpaw style, but he has not beaten a top-10 level foe yet. While our bottom three have tasted defeat, they also showed (like Cristofer Rosales) that they could defeat a top 10 rival. I hold (Gimel) Magramo’s win over Wenfeng in higher regard than Rodriguez’s resume to date. On talent alone, I think you have a valid point though.”

Yours Truly: “Jesse Rodriguez is a stud, for sure. I think we should find out which division he intends to settle in at as he advances toward a world title. He can fight at 108 (junior flyweight) as well as 112 pounds (flyweight).”

Wainwright: “Very good young fighter. Definitely someone to keep an eye on. But like Doug asked, is he 108 or 112 pounder?”

Diego Morilla: “I am with Doug on this. We should wait to see in which division he will have his more meaningful fights.”