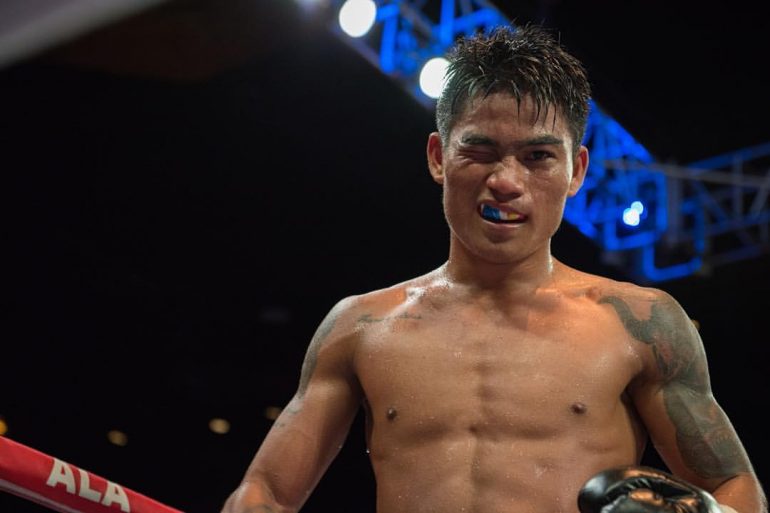 Unbeaten featherweight Mark Magsayo will face Rigoberto Hermosillo in the main event of an FS1 PBC Fight Night card on October 3. The ten-round fight will headline the event from the Microsoft Theater in Los Angeles.

Magsayo (20-0, 14 knockouts) of Bohol province in the Philippines was originally scheduled to fight Jose Haro on that date, but Haro suddenly withdrew and announced his retirement on social media. Instead Magsayo faces a younger, hungrier fighter in Hermosillo (11-2-1, 8 KOs) of Guadalajara, Mexico.

Hermosillo, who is three years older than Magsayo at 28, is coming off two straight decision losses in competitive fights against then undefeated fighters Viktor Slavinskyi and Manny Robles III. Hermosillo is a an aggressive southpaw, which is a significant style departure from the fighter Magsayo was originally training for.

Magsayo likens Hermosillo to Ramiro Robles, the Mexican southpaw he dropped twice in his U.S. debut back in 2016 en route to a unanimous decision win.

“He’s a tough fight for me because he’s a fighter who always moves forward,” said Magsayo, who has been training at the Wild Card Gym in Los Angeles with Freddie Roach and Marvin Somodio, along with conditioning coach Justin Fortune three mornings a week.

“Mark is looking good in camp,” said Somodio. “Freddie made some adjustments to his training to be able to put more power on his punches and working on his defense as well. Also, Justin helped him a lot with his conditioning. I can’t wait to see the result of his hard work on October 3rd.”

“It’s an opportunity for me to fight here in the U.S. again. I’m very happy that I’m fighting a main event time,” said Magsayo. “I hope that next year I will be fighting for a world title.”