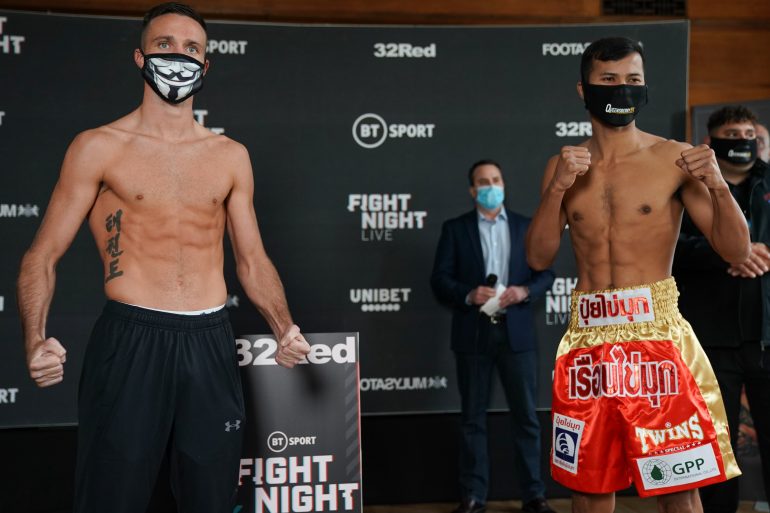 Josh Taylor weighed 139 1/4 while mandatory challenger Apinun Khongsong was slightly heavier at 139 1/2 at Friday’s weigh-in, ahead of their Ring magazine junior welterweight clash at York Hall in the Bethnal Green section of London.

Taylor (16-0, 12 knockouts) of Scotland is defending his IBF/WBA belts for the first time since defeating Regis Prograis last October in the World Boxing Super Series finale.

Khongsong (16-0, 13 KOs) of Thailand is the no. 1 rated challenger according to the IBF but is stepping up significantly in class, having never fought anyone approaching the esteem of the 2012 Olympian. Khongsong has been inactive longer than Taylor, having last fought in July of 2019, stopping Yosmar Kefi in two rounds. Khongsong, 24, is five years younger than the champion.

The fight will headline a card on ESPN+ in the United States, beginning at 2:30 p.m. ET on Saturday, while the action begins in the United Kingdom at 7:30 p.m. local time on BT Sport 1.

Taylor-Khongsong and a full slate of undercard bouts will stream live on ESPN+ in the United States (2:30 p.m. ET). BT Sport 1 will have coverage in the UK starting at 7:30 p.m. BST. 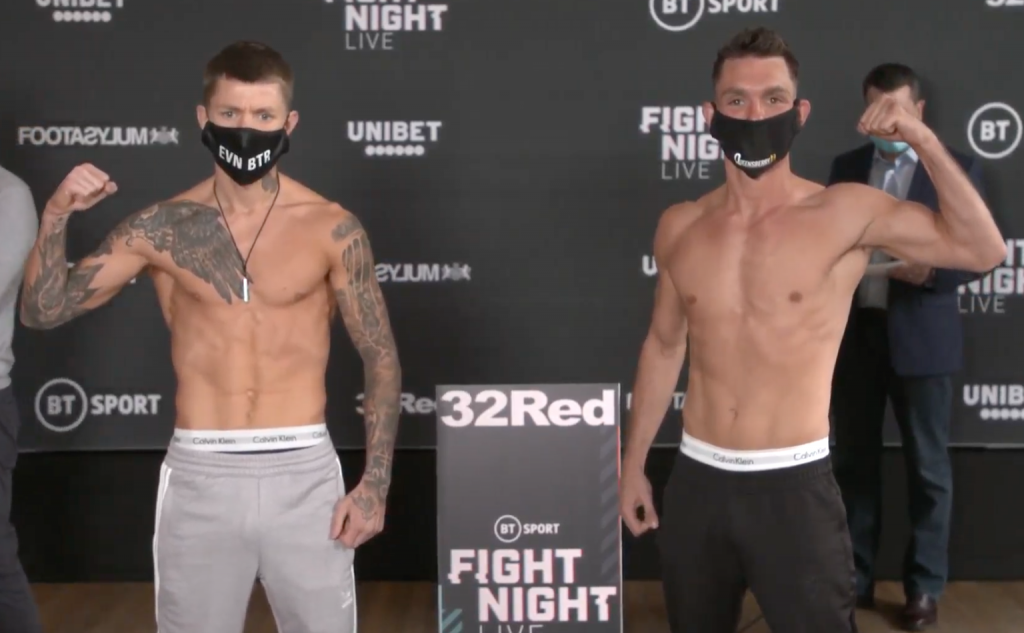 Also in action, former WBC flyweight titleholder Charlie Edwards will make his bantamweight debut in a ten round bout against Kyle Williams. Edwards (15-1, 6 KOs) weighed in at 117 1/2 pounds, while Williams (11-2, 3 KOs) weighed 117 1/4 pounds.

Edwards, 27, of Epsom, Surrey, United Kingdom had won the title just before Christmas of 2018 with a rousing performance against Cristofer Rosales but looked dead on the weight in a three round no contest against Julio Cesar Martinez that had initially been ruled a knockout defeat. Edwards has no skipped past the junior bantamweight division to jump to 118 pounds.