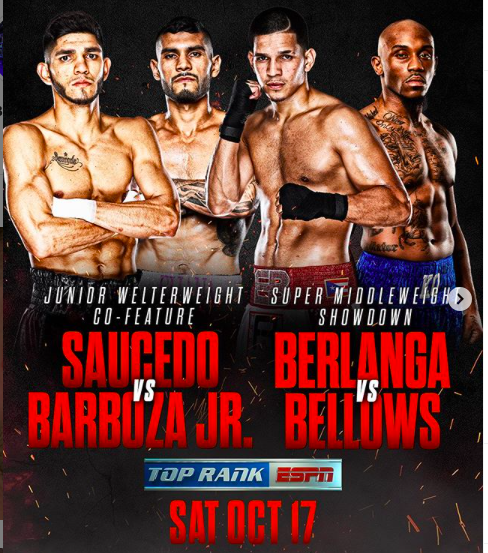 The 10-round junior welterweight bout will take place at the MGM Grand Conference Center in Las Vegas, Nevada and will precede the main event between Ring Magazine lightweight champion Vasiliy Lomachenko and IBF titleholder Teofimo Lopez.

The clash between Saucedo and Barboza will likely be an all-action fight between two boxer-punchers who are aggressive and throw a high volume of punches. Promoter Bob Arum believes the fight is a perfect appetizer for the anticipated showdown between Lomachenko and Lopez.

“Lomachenko-Lopez promises to be a classic, and the rest of the ESPN-televised card will set the table,” said Top Rank chairman Arum. “Barboza and Saucedo are players in the deep junior welterweight division, and both men are ferocious competitors. The winner is ready to challenge for a world title.”

He has won his last two bouts since losing to Maurice Hooker by knockout in November 2018, in an attempt to win the vacant WBO junior welterweight title.

The 26-year-old is now being trained by Pedro Neme and understands a win over Barboza will put him near the top of the division. 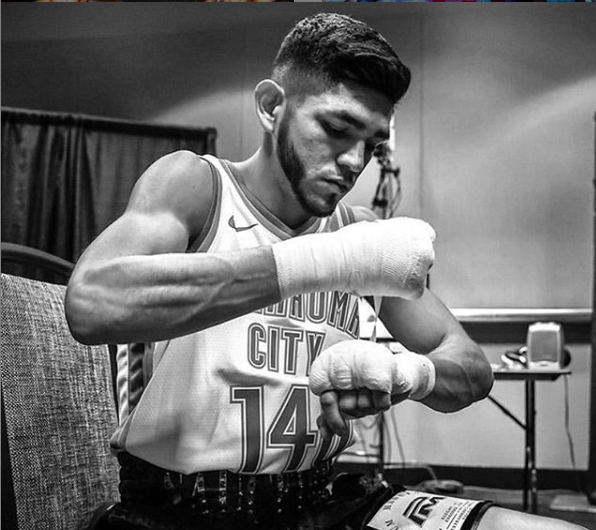 Saucedo will enter the ring with a 30-1 record. Arum is right, this clash is rightfully anticipated, it should be a spirited scrap.

“Arnold is a very versatile fighter, so we are preparing for everything,” said Saucedo, who is managed by Sam Katkovski. “I know it will be hard to steal the show from Lomachenko-Lopez, but I’m coming in to put on a memorable fight for the fans. I feel like people still doubt me from the Maurice Hooker fight, and I can’t wait to show everyone all of my tools.”

Barboza (24-0, 10 KOs), who resides in Los Angeles, defeated Tony Luis over 10 one-sided rounds in his last bout on August 29. The victory snapped a string of three consecutive knockouts, including a knockout over Mike Alvarado on April 12 of last year.

The 28-year-old is confident he can make a statement to the 140-pound division at the expense of Saucedo. 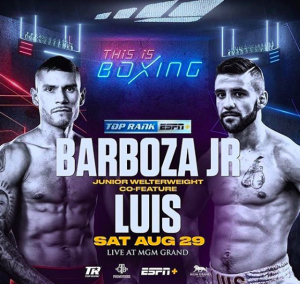 Barboza looked rock solid in this outing, versus Luis, but he has to know, Saucedo is a level better on paper.

“This fight, and fighting on such a significant card, means the world to me,” said Barboza, who is ranked No. 8 by The Ring. “It’s time to put the 140-pound division on notice. I respect Saucedo, but he’s in my way as I strive to earn a world title opportunity.”

Bellows (20-5-3, 13 KOs), who resides in Las Vegas, overcame a knockdown to knock out Malcolm Jones in round four on February 28, his last outing. The 34-year-old has won his last two bouts after going winless in his previous four.