Adrien Broner talks next possible foe, maturing as a person, on Custer podcast 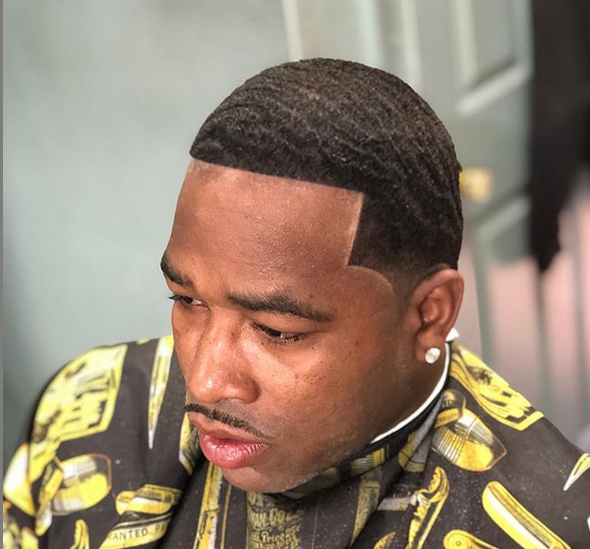 Bless Brian Custer, the man does indeed act like a journalist, and ask questions that the average Joe and Jane want asked. Like when the Showtime emcee had Adrien Broner on his “Last Stand Podcast with Brian Custer” podcast, Custer went there, and asked AB about his mental health, and other tough topics.

You recall that Broner’s nickname is “The Problem,” and how that tag has become more and more ironic over the years. Originally, he was “The Problem” because, we were led to believe, his sublime skill set made him a future supserstar, someone on the short list to be at the top of the P4P list when Floyd Mayweather aged out. Instead, Broner fizzled. 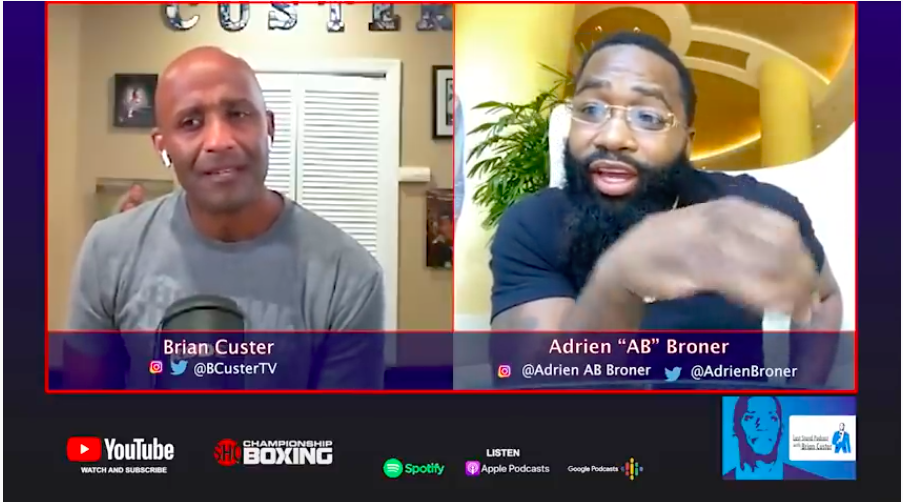 The aura got dented when Marcos Maidana took him into deep waters and left him gasping for air, in their 2013 faceoff. But Broner had something going for him, even as he lost more fights against A grade boxers…He was (and we suppose IS) an attraction.

Because of his colorful personality, people paid attention to his hijinks, and tuned in to his fights. A good percentage of them did so because they wanted to see him get his ass kicked, but numbers are numbers. When you draw, in person or according to Nielsen, you aren’t asked WHY people show up or tune in.

I won’t pull a punch, I don’t think, at this juncture, that it announces a level of health and wellness in our sport when a Broner lands a main event. He has disappointed us as an athlete too many times, and also, his off the field behavior is worrisome.

Hey, I get it, we don’t ask that pugilists impersonate saints on their off hours. But when Broner takes to Instagram and shares that he is wickedly depressed and feels like signing off this Earth…well, he comes off as someone better suited for a stint in a mental health facility, rather than someone who should be headlining a fight card.

Then again, maybe he has been attending to some of the roots of his woes, and, at 31, is poised to get his head on straight, and live up to some of the expectations that were dashed when Maidana smashed him.

Indeed, Broner told Custer that he has grown up, we hear on this podcast installment.

“I do more thinking before I do things now, at first it was just like on go,” the 33-4-1 Ohio native said. “Whatever, I just never thought about it, I just did it and that somewhat got me in certain situations but now I just try to think about things and try to do things the right way.”

Thing is, he can say that, but outside looking in, he still acts like a jackass. The man is winless since 2017, having lost to Mikey Garcia, drawn with Jessie Vargas, and lost to Manny Pacquiao in his last tango…and he’s asking Al Haymon for $10 million for his next scrap? C’mon now! Custer asked about that: “I understand I only got one window, and my window is closing. I’m still young, but I know that my window is closing. I’ve done a lot of things early in my career, but now is the time to make the most lucrative decisions, and that’s all I’m doing at this point.”

For the record, Broner is 31, his birthday is July 28. It’s funny, I messaged Custer, asking him for a summation on where he thinks AB is as a person and a fighter, after his chat. And I referred to Broner as “the kid.” My bad; he’s not a kid, he’s plenty old enough to hold himself to a higher standard, if not for him, then for his kids, you could argue.

But Broner knows, his antics make us pay attention, and help get him gigs. He’s not gloved up since Jan. 19, 2019, when he shat the bed versus Manny Pacquiao. 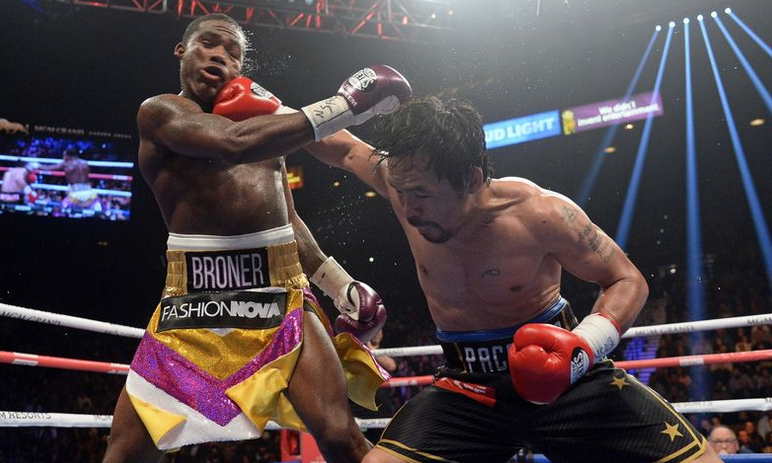 Adrien Broner talked a great game but performed poorly against Manny Pacquiao, in his last fight. Will AB prove he’s grown up, and do more than talk in his next outing?

It looks like he will glove up soon, against Ivan Redkach, who was last seen battling Danny Garcia Jan. 25, 2020. A January date is in the works, for Broner.

“I would love to go in there and stop him, it’ll be a good fight,” Broner told Custer. “Especially with me coming off of two years, I don’t care as long as my money right. We going to have a hell of a fight, but I’m going to fuck him up though, he asking for it, he’s been begging for it.”

Redkach told RING that yes, he’s up for a fight with Broner. “I pray that he would agree to this fight, and then I will do everything that will be in my hands,” said Redkach (23-5-1; age 34).

As I told you, Custer can and does not shy away from tough subjects. He asked AB about that fight with Maidana. “I loved it because I really fought and he was about to quit too, and a lot of fighters would’ve quit in my position,” the Cincy rep stated. “In the position I was in and how hurt I was, but the way I looked at it, I fought the shit out of him. I see why he retired and that’s one of the best fights I ever had I think. It made me a little bit more cautious in the ring, it made me a little less reckless and more patient. When I fought him, I was just thinking with my heart instead of being smart and thinking with my brain. I could’ve made it easy; I got all the ability in the world to make it easy but I was just fighting with my heart.”

I could dissect those statements and continue with the critique on Broner. But you all get the drift. My bottom line now is he needs show, not tell. And anyone listening to him and believing him, about how he’s different, and will look for a KO, blah blah blah, you may want to re-think that stance. Broner is a smart operator, and has found a niche in the game as master self marketer, not as a fighter. Expect more of the same from AB until he proves otherwise.

Michael Woods can be reached through this link, at LinkedIn.