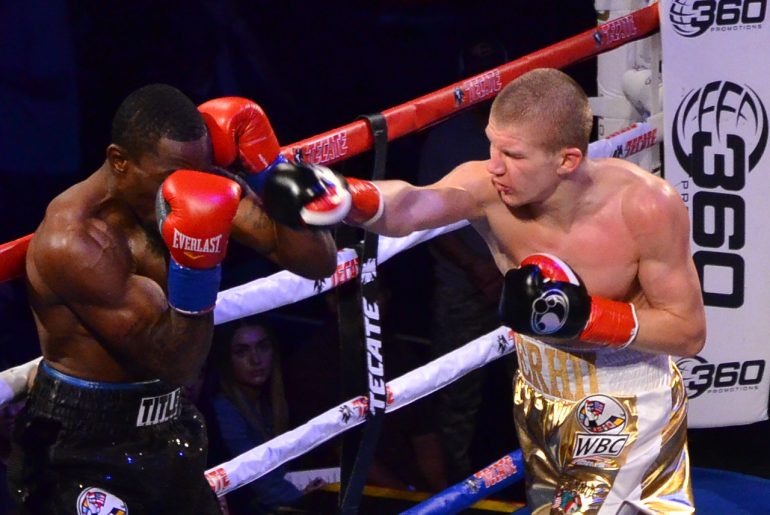 The 10-round bout will take place at the Grupo SIPSE TV Studios in Merida, Mexico. ESPN Deportes will air the fight live throughout Mexico, with the possibility that the fight will also air internationally.

Bohachuk (17-0, 17 knockouts), who is originally from the Ukraine and now resides in the Los Angeles area, was penciled to return to the ring this past Spring, but his fight was canceled due to the COVID-19 pandemic.

In his last bout, on December 13 in Indio, California, the 25-year-old dropped Carlos Galvan three times before the fight was stopped in Round 5.

Bohachuk’s extraordinary power and improving skillset have mostly been showcased in Southern California since his pro debut in February 2017, but several of his most recent outings have streamed live on the 360 Promotions website. Promoter Tom Loeffler believes Bohachuk’s stock has risen due to his exposure to boxing fans worldwide.

“Serhii has become one of the most talked about rising stars in boxing,” said Loeffler. “Boxing fans are excited to see if he can continue his knockout streak about Alejandro Davila, the toughest opponent he’s faced. If victorious, we’re certain there will be bigger opportunities for him in the near future.”

Bohachuk is now being trained by Manny Robles after working with Abel Sanchez.

Davila (21-1-2, 8 KOs), who resides in Mexico City, last fought on July 25, defeating Jose Guadalupe Rosales by unanimous decision. The 32-year-old has won his last two bouts after losing by knockout to Mikael Zewski on November 23.

The card is promoted by Max Boxing and sponsored by Team Berchelt.