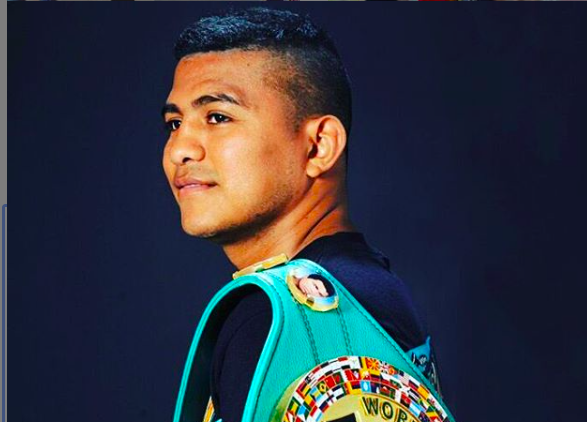 The fight, which will be streamed on DAZN, is the co-feature of a card Matchroom Boxing is putting on in conjunction with Zanfer Promotions.

“We confirmed the fight terms this morning. We are very excited to finally come to terms and get this show going,” Blandon said. 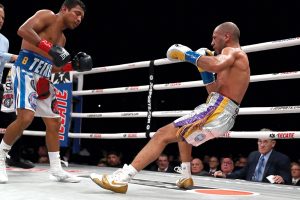 The 33-year-old Roman Gonzalez (49-2, 41 KOs), the former pound-for-pound king and legendary four-division champion from Nicaragua, will defend the title that he took by upset ninth-round knockout of Kal Yafai on Feb. 29 in the Mikey Garcia-Jessie Vargas co-feature in Frisco, Texas.

Gonzalez lost his junior bantamweight title and position as pound-for-pound king in March 2017 when he suffered a controversial upset loss by majority decision to Srisaket Sor Rungvisai in a fight of the year contender. They fought again six months later and Sor Rungvisai retained the title by vicious fourth-round knockout that many thought was the end of Gonzalez as a top-flight fighter.

He rebounded to win a pair of lesser fights by knockout, one in 2018 and one in 2019, while also battling injuries, so the victory over Yafai came as something of a surprise.

Gonzalez has been training in Coachella, California, at the Lee Espinoza Boxing Club, since mid-July and is anxious to defend his title for the first time in his second reign.

“Roman is feeling good and we are happy to be back in camp even more so after the hardship we have all been through with the virus,” Blandon said.

Israel Gonzalez (25-3, 11 KOs), 23, of Mexico, will be getting his third shot at a junior bantamweight world title. In February 2018, he suffered a 10th-round knockout loss challenging Jerwin Ancajas. After rebounding for two wins in a row, Gonzalez challenged Yafai in November 2018 and lost by unanimous decision.

The main event of the October 23 card has not been formally announced but Matchroom Boxing promoter Eddie Hearn and Zanfer Promotions have both said it will feature Ring Magazine junior bantamweight champion Juan Francisco Estrada making the second defense of his second 115-pound title reign against former titlist and Mexican countryman Carlos Cuadras (39-3-1, 27 KOs).

The fight is a rematch of Estrada’s extremely close unanimous decision – 114-113 on all three scorecards – over Cuadras, 32, in a 2017 title elimination bout.

If Roman Gonzalez and Estrada (40-3, 27 KOs), 30, both win, Hearn plans to put on a rematch between them in early 2021. In November 2012, Gonzalez outpointed Estrada to retain a junior flyweight world title in an action-packed battle. A sequel has been discussed on and off since while each has moved up two divisions and won world titles. 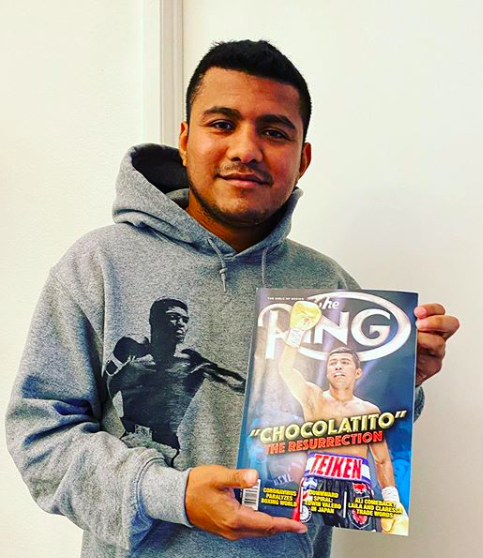 Three straight wins for Chocolatito after back to back losses to Srisaket Sor Rungvisai have impressed magazine editors and fight fans as a whole.

Blandon said Gonzalez would have liked the upcoming fight to be the rematch with Estrada.

“We would love to fight Estrada, but he requested a tune-up fight since he had surgery on his hand,” Blandon said. “So, we gather that rematch will happen in the beginning of next year if we both get a victory in our upcoming fights.”