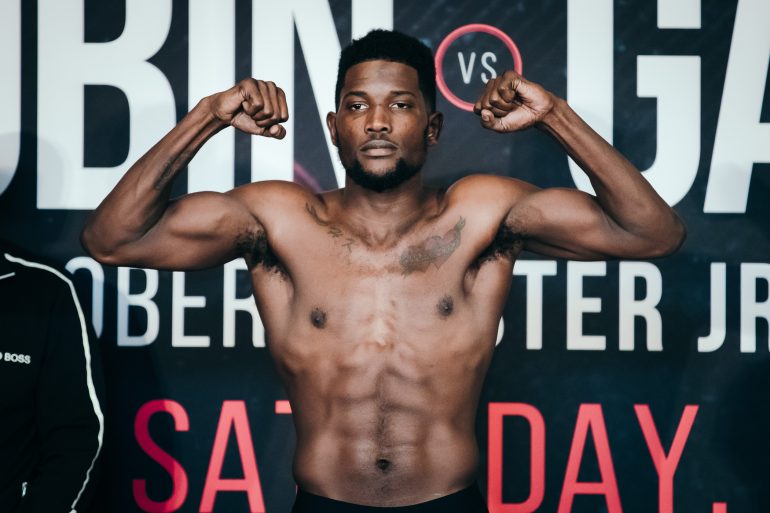 “I give myself a B-minus,” he said after the fight. “I think the layoff had something to do with it. I definitely want my title shot.”

Now Lubin (23-1, 16 knockouts), is in line to face the winner of the Jermell Charlo vs. Jeison Rosario unification fight next Saturday on Showtime PPV. Three years ago, he was knocked out by Jermell Charlo in the opening round of their WBC junior middleweight title bout. Should Charlo beat Rosario, Lubin will have a chance to avenge the lone defeat of his pro career.

“I’m the mandatory for the Charlo-Rosario winner,” he said. “I think Charlo is going to come out on top. I feel that I’m all around a better fighter now since my first fight with him.”

The action wasn’t exactly must-see TV, but it was skillful. Both men spent most of the fight in the center of the ring feinting and pawing with their jab. Lubin, the southpaw, was a little flashier and diverse with his punch selection. Gausha (22-2-1, 10 KOs), the 2012 Olympian and two-time US National Amateur Championship, stayed on the back foot and simply took too long to get going.

Trainer Manny Robles implored Gausha to pump up the offense, but it remained mostly one punch at a time from the Cleveland, Ohio native who now trains in Southern California. Meanwhile Lubin, the 2016 Ring Prospect of the Year, continued to win rounds and build a lead on the scorecards.

The pace did pick up mildly in the later rounds. Gausha wobbled Lubin with an overhand right late in the tenth round. There was solid two-way action in the 11th and 12th. Lubin hurt Gausha in the closing seconds of the fight with a hard, flush counter right hook that snapped his head around.

The Lubin vs Gausha bout headlined a Premier Boxing Champions card from the Mohegan Sun Casino in Uncasville, Connecticut. TGB Promotions promoted the event, which was broadcast live on Showtime.