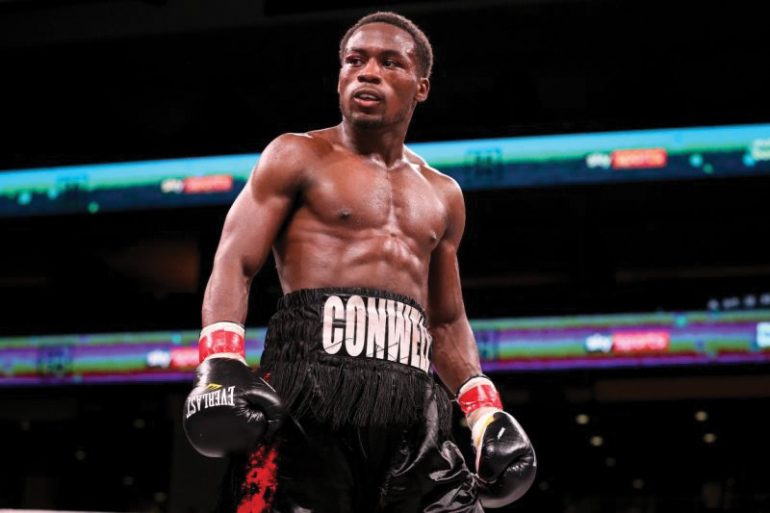 The ’ShoBox: The New Generation’ series will make its return on October 7 at the Mohegan Sun Casino in Uncasville, Connecticut, it was announced Saturday afternoon.

In the main event of the four-bout telecast (Showtime, 9 p.m. ET/ 6 p.m. PT), unbeaten junior middleweight prospects Charles Conwell and Wendy Touissant will square off in a 10-round bout.

In the co-feature, Isaiah Steen, the half-brother of Conwell, will face Kalvin Henderson in an eight-round super middleweight bout.

The October 7 card will mark the first ‘ShoBox’ telecast since the popular series was put on hold due to the COVID-19 pandemic. The last ’ShoBox’ telecast took place on March 13 in a crowd-less venue at the Grand Casino in Hinckley, Minnesota. In the main event, unbeaten Brandun Lee (19-0, 17 KOs) battered Camilo Prieto before ending matters in round 3.

Conwell (12-0, 9 knockouts), who resides in Cleveland, Ohio, last fought on February 8, stopping Mexico’s Ramses Agaton after round 4. Conwell, who represented the United States at the 2016 Olympic Games in Rio de Janeiro, knocked out Patrick Day in his previous fight on October 12. Day was immediately taken to a Chicago-area hospital after the fight after losing consciousness at ringside, passing away from his injures four days later.

The 22-year-old is considered one of boxing’s top prospects and an impressive victory over Toussaint could open more opportunities in 2021.

“I am happy to be back on ShoBox, and I am going to put in a good performance and do what I do best,” said Conwell, who is co-promoted by Lou DiBella and Tony Holden and managed by David McWater. “My opponent is undefeated, and he will come to win, but I think that I am just better overall and all around.  I am a very smart boxer with fast hands and power. When people see me, they will see Aaron Pryor, Mike Tyson and Andre Ward rolled up into one! I am happy to be headlining ShoBox and being able to show my talent to the whole world.”

Touissant (12-0, 5 KOs), who is originally from Haiti and now resides in the New York City suburb of Huntington, defeated Isiah Jones by unanimous decision over eight one-sided rounds in his last bout on August 22.

The 28-year-old has won two of his last three bouts by decision after stopping his previous four opponents.

“I am ready to fight,” said Toussaint, who is promoted by Joe DeGuardia and Star Boxing. “I have always been ready to fight. Nothing changes for me, and I am bringing the ‘Haitian Fire.’”

Steen (14-0 1 ND, 11 KOs), who also resides in Cleveland and is managed by McWater, stopped Kenneth Council in the opening round of his last bout on February 8. In his previous fight on August 16 of last year, the 24-year-old Steen defeated Macedonia’s Gorjan Slaveski by majority decision.

Henderson (12-0-1, 8 KOs) last fought on December 6, fighting to a majority-decision draw against Kosovo’s Genc Pilana. The Fayetteville, Arkansas resident’s most notable victory was a seventh-round knockout over Brandon Robinson in December 2018.