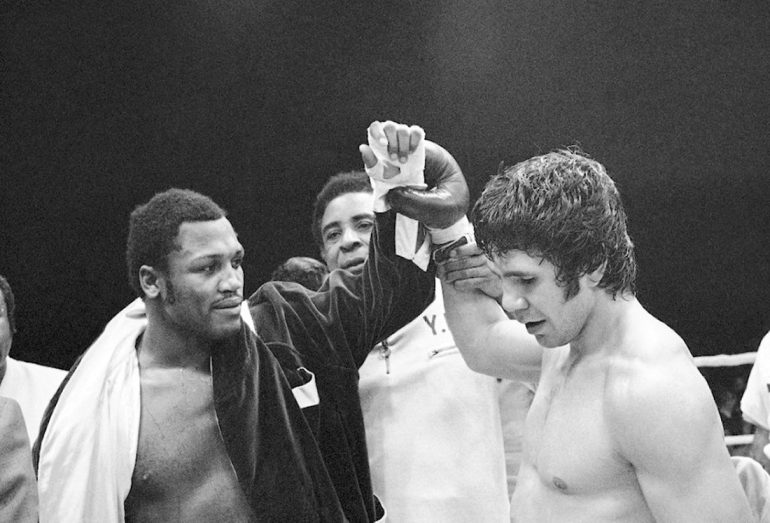 It doesn’t take long to call the roll of legitimately great heavyweights, and the late Joe Frazier’s name deserves to be on that short list of ring immortals. It takes much longer to recite the names of all the failed challengers for boxing’s most prestigious title, and the thick-book of wannabes ranges from the very good to relatively anonymous passers-through, who somehow wangled a shot at the grand prize but were exposed as being woefully lacking and, for all intents and purposes, were never heard from again.

For all the glory that Smokin’ Joe wrapped himself in for posterity’s sake through his holy trilogy with Muhammad Ali and other elite big men, two of his early defenses of the New York State Athletic Commission “world” title included such trivia entries as Dave Zygiewicz and Manuel Ramos. The same might be said of Terry Daniels, who was 74 when he passed away, after a lengthy illness, on September 3 in Willoughby, Ohio. But Daniels’ death might be classified as a bit more consequential given the circumstances of his hopeless bid to dethrone Frazier, who knocked him down five times on January 15, 1972, in New Orleans’ Rivergate Arena before referee Herman Dutreix stepped in and waved a halt to the one-sided massacre. 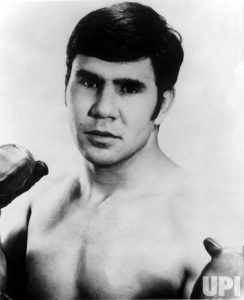 Not only did the fight occur the night before Super Bowl VI in the same city, in which the Dallas Cowboys also won easily in dispatching the Miami Dolphins, 24-3, in the since-demolished Tulane Stadium, but it was Frazier’s first ring appearance since he had outpointed fellow unbeaten Muhammad Ali in the “Fight of the Century” on March 8, 1971.

Daniels had to realize he was being served up as a sacrificial offering to Frazier, but the former football and baseball player at Southern Methodist University – who was presented with his out-of-left-field chance to take down the massively favored Frazier thanks in no small part to a masterful bit of salesmanship by his media-savvy promoter, Doug Lord – at least talked like he believed he could pull off an upset that would have topped anything Buster Douglas did against Mike Tyson 18 years later.

Asked if he actually believed he had the stuff to douse Smokin’ Joe’s flaming fists, Daniels said, “I don’t think I do. I know I do. I feel confident. I feel I’ve done everything I can to get ready for this fight. I know I’m ready. I’m in the best shape I’ve ever been in. I feel strong. I feel good.”

That false air of bravado quickly dissipated when Daniels, who came in with a 29-4-1 (25) record against suspect competition and an overly generous No. 9 rating, came to the center of the ring and stared Frazier in the eye.

“I felt like shaking his hand,” an awed Daniels said afterward, although his gratitude might have owed in part to the career-high $35,000 payday he was to receive for taking his anticipated beating. (Frazier received $350,000).

How Daniels got his mostly undeserved chance for the kind of glory most journeymen can only dream of was the result of Lord successfully pitching a concept that sounded like a precursor to the plot Sylvester Stallone got Hollywood to buy into four years later that had Sly’s fictitious creation, Rocky Balboa, fighting the seemingly invincible Apollo Creed.

“I told the fight promoters I’ve got a white kid from Dallas, he’s friends with the Cowboys, and everyone knows the Cowboys are going to the Super Bowl in New Orleans,” Lord said at the time. “They loved it. They bought it. For us, it was a fantasy world.”

It still seemed pretty fantastic to Daniels in 2004, for an interview he did with the Dallas Morning News, even though by then he’d been diagnosed with Parkinson’s and traumatic brain injury. 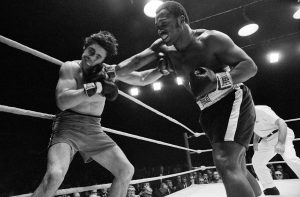 “I’d do it again,” he said of the path he took that led him into boxing and eventually into his playing David, without the slingshot, in his attempt to live out his impossible dream of actually winning. “You can find lots of boxers that didn’t get hurt. I’m glad I did it. It was a wild ride.”

So what if Terry Daniels was just another blip on the heavyweight radar screen, a ham-and-egger who got to sniff the choicest filet mignon if not actually get much of a taste.  And so what if lost his next five fights after the pounding he took from Frazier, and came out on the wrong end of 18 of his final 20.  Maybe he dared to believe his bold prefight talk, and maybe he was simply whistling past the graveyard. In either case, he got his opportunity to shock the world, even if it soon became apparent to the 6’1”, 191½-pounder that he was in way over his head.

“I hit him a couple of times,” Daniels said of punches he landed on Frazier that had the apparent effect of spitballs hitting a battleship. “Hit him pretty good, and he just stood there, lookin’ at me like nothin’ happened. It was pretty scary.”

The twice-divorced Terry Daniels, who outlived by 14 years one doctor’s projection that he wouldn’t live past 60, leaves behind three sons and eight grandchildren.