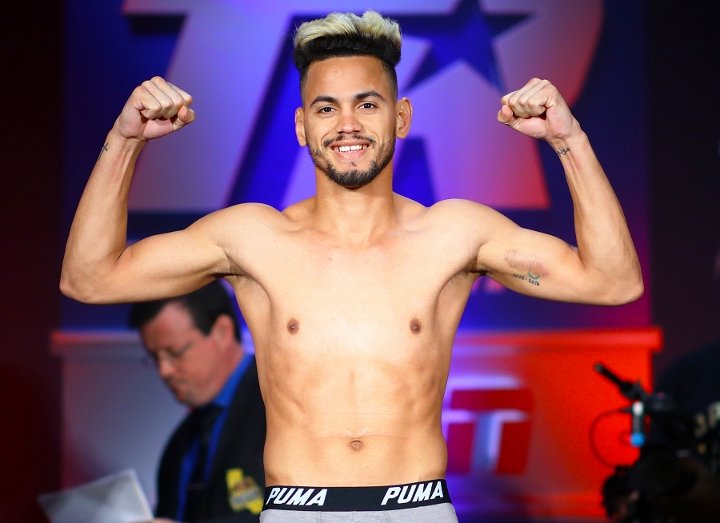 Best night of pro career and why: Ramirez is most happy with his first round knockout win over Yeuri Andujar last June.

“It was my fourth fight,” Ramirez told The Ring through Gardy Lopez of Top Rank. “I believe it was my best night as a professional. I knocked out my opponent in one round. That was my first fight after the pandemic, on the first card in ‘The Bubble.'”

The 26-year-old double Olympic champion had many standout moments in the amateur ranks but was able to single out one particular moment as his most memorable.

“The night as an amateur I remember the most is when I became an Olympic champion for the first time.” he said proudly.

Worst night of pro career and why: Ramirez is unaccustomed to losing and it was a huge shock when he lost his professional debut against Adan Gonzales in August 2019.

“Everybody knows what I’m going to say for this one,” he said. “It was the night of my professional debut. Not so much because of the loss, mostly because my opponent was not on my level and the way the fight went. I didn’t feel like myself.

“That’s all behind me now. I’m moving forward and have showed in recent performances but I will never forget that night. It totally changed my way of thinking. I understood this was a totally different world to what I was used to. The judges see things differently.”

What’s next: Ramirez will return to The Bubble at the MGM Grand in Las Vegas, for the third time, when he faces Felix Caraballo in a bout scheduled for eight rounds, on Saturday.

“I believe he’s a good fighter,” Ramirez said of his upcoming opponent. “He has good skills. He has more experience than me. He’s a little bit older.

“I have shown in the last couple of fights I have been improving with each performance. I’ve been working hard and really don’t think the fight is going to go the distance.”

Caraballo (13-2-2, 9 KOs) has held various fringe titles but the Puerto Rican is most known for being stopped by Shakur Stevenson in six rounds back in June. It is the only time the 33-year-old has lost inside the distance and if Ramirez can make do on his promise and repeat the feat, he will put down a marker. 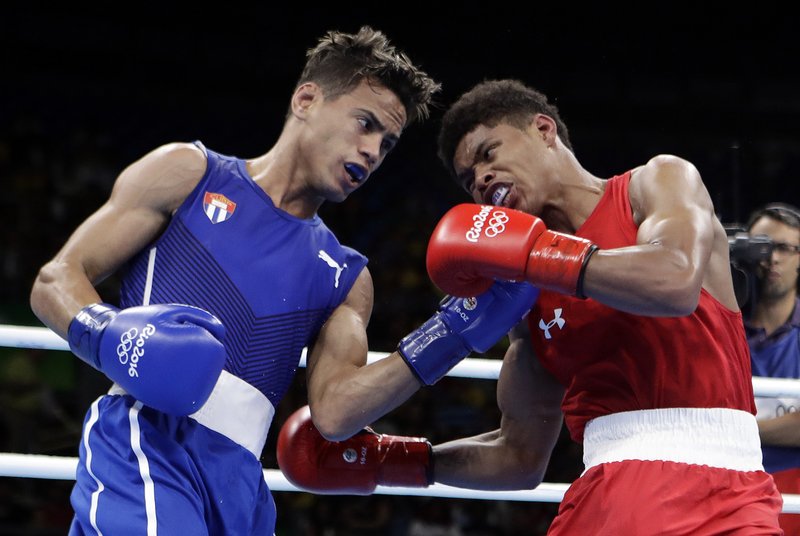 The highly talented Cuban holds amateur wins over a cache of fighters who won or went on to fight for world titles including Shakur Stevenson, Murodjon Akhmadaliev, Tugstsogt Nyambayar, Kal Yafai and Nordine Oubaali.

He is trained by the exceptional Ismael Salas and trains alongside fellow Cubans Erislandy Lara and Yordenis Ugas, which is an invaluable learning experience for him. Being with other Cuban expatriates likely helps him feel more at home.

Ramirez has many key skills but singles out one trait.

“I think my aggressiveness is my top attribute,” said the rising southpaw. “I can fight going forward and going backwards.”

Why he’s a suspect: Ramirez has all the natural gifts any fighter could want. It’s just a matter of gaining the requisite experience and maturing as a professional.

“I’m going to keep working with Salas in Las Vegas,” he said. “I have the skills. I have been working hard to beat Caraballo. The better the opponent, the better I’m going to look.”

The early loss rocked him and appears to have stiffened his resolve. He knows he can’t just turn up and have things his own way; he has to go out there and perform each and every time to prevent this from happening again.

To his credit, Ramirez has rebounded well from the early reverse (he defeated Gonzales in a rematch in July) and now seems to have settled into the professional ranks. However, further down the road, it will be interesting to see how he deals with other top fighters.

Is he able to overcome adversity and bounce back during a fight?

Storylines: Ramirez was born and raised in Cienfuegos, in the south of Cuba, around 230 kilometers (approximatey 143 miles) from the capital, Havana.

“I was in school but I was always looking to get out of classes as soon as possible,” he admitted. “When a trainer of any sports came by, I went with him.”

Ramirez was more interested in sports than being academic and played baseball, basketball and volleyball in his formative years.

He became interested in boxing when he was nine years old. Once he found boxing, he discovered he was good at it.

Despite all the accolades as an amateur, Ramirez wanted and needed more and, when the opportunity arose, he defected.

“It was a tough situation,” he said. “I was traveling with the national team to Mexico. We were staying at a house and I packed a couple of things in my back pack. During the night, I left without anybody seeing me. I was nervous and scared but I did it.

“I spent five months in Mexico, mostly staying inside and not going outside. It was mentioned people were looking for me but, after a while, I relaxed a little more until I arrived in the U.S.”

His team is currently working on securing his long-term future in America.

“We have all the paperwork done,” Ramirez explained. “Everything is approved but, because of the pandemic, it has been delayed a little bit.”

Ramirez has big goals in the professional ranks.

“I believe that the dream of every fighter should be to become champion,” he said. “Defend that title as long as possible.

“I saw [Emanuel] Navarrete and [Ruben] Villa are going to fight for the vacant [WBO featherweight] title. So hopefully, Top Rank are going to get me the winner in the near future.”

He knows he’s not quite there yet but feels he’s not too far off.

“After this fight, maybe three to four more fights, I’ll be ready for the big opportunity to fight for the world title,” he said. “I’m here to chase my dream of becoming world champion; that’s why I came to the U.S.”

ShoBox: Where no show had gone before