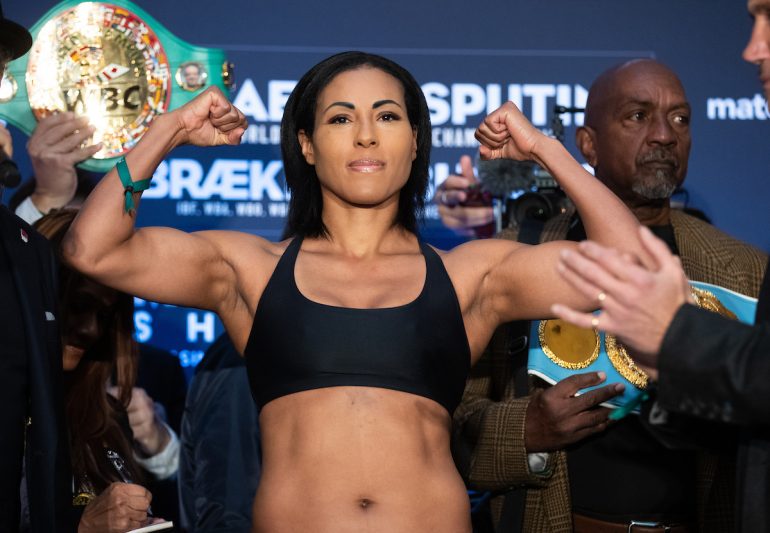 It was a shock to the system.

Through 13 years and 36 professional fights; 26 of them at world title level, Cecilia Braekhus had never lost, never even thought about losing. “The First Lady” was the epitome of a winner and triumph was all she knew. On August 15, however, there was an unexpected reversal of fortune when a 10-round majority decision defeat to Jessica McCaskill turned the long-reigning welterweight champion into an ex-champion.

During her post-fight interview with DAZN, Braekhus displayed the class and dignity for which she is renowned. She congratulated her successor and flashed an infectious smile for the cameras, but there were also broad hints that she would sail off into the sunset and begin retirement planning. Few believed that Braekhus could walk away following a close and, for many, controversial defeat and those who didn’t believe it have been proved right.

“I’ve always said that if a better fighter beats me I can hang up the gloves, but this is a whole different scenario” Braekhus told The Ring shortly after the rematch was formally announced for the first quarter of 2021. “That was not the case in Tulsa (where the McCaskill fight took place).

“The hardest part of the whole experience was being away from family and friends during [COVID-19]. Big Bear is brutal at the best of times but under lockdown you could go completely mental up there. When I got down from the mountains, took a vacation, got back to Norway and began to feel like myself again, I just wanted to get those belts back.” 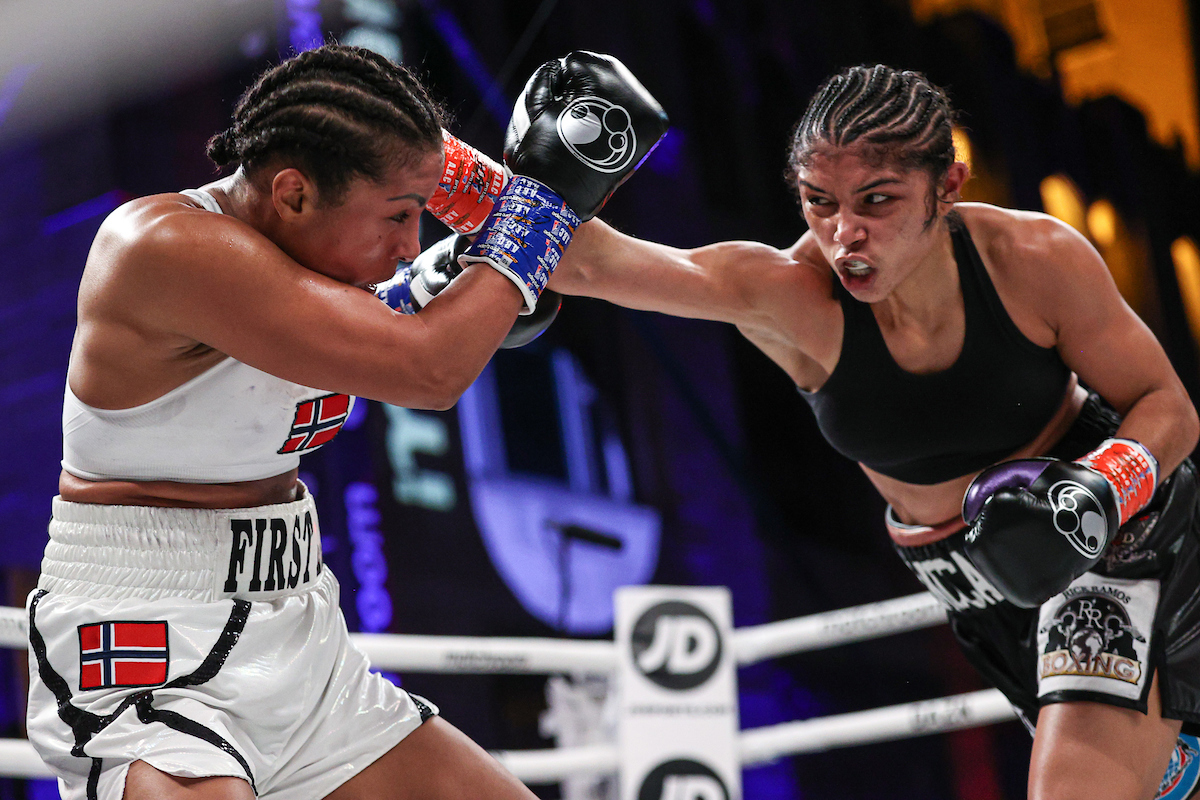 Braekhus, who entered the McCaskill bout as the finest pound-for-pound fighter in the women’s game, was expected to take care of business comfortably and move on to a money-spinning superfight with Katie Taylor. She got off to a slow start but did adjust to the challenger’s rampaging style as the bout progressed. According to Compubox McCaskill landed 84 of 499 punches (17 percent connect ratio), while Braekhus was much more accurate, landing 85 of 269 attempts (32 percent).

“I don’t need to make any adjustments [for the rematch],” insisted Braekhus. “I just need to have a normal camp, box the way I normally box and I will beat her. Including my amateur background, this was by far the weakest performance of my whole career. Even in my darkest hour, to be extremely dramatic (laughs), she still needed help from the judges to beat me.

“She said that she would knock me out, but not one time was I ruffled during that fight. In the state I was in she couldn’t do it and that should worry her for the rematch.”

What is Braekhus referring to? The 38-year-old Norwegian of Colombian descent entered training camp at Big Bear in early 2020. Fight dates came and went as COVID-19 tightened its grip on the entire world, but Braekhus elected to stay in camp rather than rest. She would tick over and resume hard training, tick over and resume hard training. Following months of work at high altitude her team now believes that she was badly depleted and left her fight in the gym.

The early rounds of the bout certainly support that theory because Braekhus was flat, lacking in energy, and that fluid foot movement, one of her best assets, was non-existent.

“It’s pretty easy to explain,” said the former champion. “I was training off and on for six months; three training camps, and when it came to the fight I was like an empty battery. My legs weren’t there, and when I spoke to my team and explained my symptoms, they said that this was perfectly normal given the circumstances. I’d just trained and trained and trained and never had time to relax.

“I’m very confident ahead of this rematch. [McCaskill] is technically limited, she doesn’t have the power of my previous opponents, but when it comes to conditioning we’re about the same. The one thing that was challenging for me was that she had her head so low throughout the fight. She punches a lot but the ones that connected never rattled me. There was a lot of punches and one of the judges (David Sutherland, who awarded seven rounds to McCaskill) gave her credit for every one of them (laughs). I was blocking a lot of those punches and retaliating, but I was being very cautious because I wasn’t myself.”

There were critics who wrote Braekhus’ sporting obituary following her first professional defeat, and her trainer also came under fire. Acclaimed coach Abel Sanchez was criticized in some quarters for a lack of urgency in the corner and for losing track of what round it was near the end of the bout.

“I didn’t want to blame anyone after the fight and definitely not Abel because without him I would have gone completely insane up in Big Bear,” said Braekhus. “He’s the last one to blame. Nobody could have foreseen this, nobody had the blueprint for it, nobody has been through anything like this before. It’s just tough times, but Abel is not to blame for anything.

“Abel didn’t really understand [what happened in the first fight]. I’m supposed to beat McCaskill without [too much difficulty]. My performance was just a natural thing that happens when you’re six months in camp. There’s a reason why you don’t spend that much time in Big Bear. Eventually your body just shuts down, but it’s nobody’s fault.

In a few months’ time Braekhus has the opportunity to settle the score. Is she suddenly feeling the wear and tear of a long and illustrious career, or will a new fighter turn up for the rematch?

“Oh my God! First, I just want to say that I have so many messages, ‘What was wrong with you?’, ‘Get yourself together!’, “Get that rematch!’, ‘‘Get those belts back!’ That’s exactly what I’m gonna do!” offered Braekhus with excitement.

“I’m going to stay in Norway for a while, it was so good coming back to friends and family. It was just like getting my head above water again and breathing. It was amazing! I will train here for a couple of months before I head back to Big Bear.”