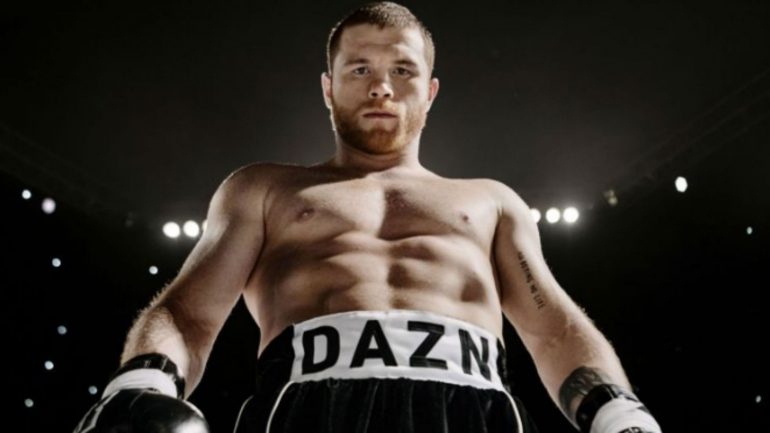 Unfortunately, it seems likely that the only fight for boxing’s biggest financial draw will take place in the courtroom, rather than the ring, in 2020.

Mexican superstar Canelo Alvarez has filed a lawsuit against sports streaming service DAZN, as well as his longtime promoter, Golden Boy Promotions. The suit, filed Tuesday in the U.S. District Court for the Central District of California, alleges that DAZN and Golden Boy have not lived up to their end of the record-breaking deal that the parties agreed to in late 2018.

Just three fights into the 11-fight, $365 million contract he signed less than two years ago, Alvarez wants out and is seeking at least $280 million in damages.

After back-to-back fights between Alvarez and Gennadiy Golovkin on HBO PPV in 2017 and 2018, the cable network, a former powerhouse within the sport, announced they were leaving the boxing business. That left many fighters without a home, including Canelo, whose fights with Golovkin brought in more than $50 million in total gate revenue, and produced over two million PPV buys.

That’s when DAZN jumped headfirst into the boxing world, inking a deal with Alvarez that made him the highest-paid fighter in the world, and briefly the highest-paid athlete in all of sports. Subsequent to that deal, DAZN picked up Golovkin with the intent of putting on a third fight between him and Canelo. Golden Boy founder Oscar De La Hoya allegedly promised DAZN that Alvarez would face Golovkin in 2019, but Alvarez claims he was unaware of such promises, among other stipulations in the deal. Ultimately, the fight did not happen.

Since signing with DAZN, Alvarez has fought the unheralded Rocky Fielding in December 2018 (for a reported $15 million, not the guaranteed $35 million of his new deal), then Danny Jacobs and Sergey Kovalev in 2019. DAZN executives pushed hard to make the third Canelo-Golovkin bout last September around the Mexican Independence Day holiday, but Alvarez ultimately rejected those offers, opting to face Kovalev in November instead.

Before the global COVID-19 pandemic, Canelo was rumored to be facing Billy Joe Saunders this May. However those plans were scrapped during the quarantine period over the spring/summer. When things began to open back up, talks between Canelo, Golden Boy and DAZN reconvened for his fall bout.

Offers were made and rejected, with disagreements over the quality of proposed opponents and the amount of proposed fight purses. Canelo agreed to take a pay cut from him normal $40 million guarantee ($35 million to him, $5 million allocated to his opponent), but only against a certain level of opposition. DAZN rejected multiple names, including Saunders and Ring super middleweight champ Callum Smith, citing that they were not “premium” opponents.

According to the lawsuit, “DAZN offered to pay Alvarez and Golden Boy Promotions a fraction of the contracted $40 million license fee in cash and some DAZN stock in advance of a potential IPO.” Canelo’s side alleges that the offer from DAZN was “substantially less” than his contractual guarantee, but does not give an exact figure.

In the suit, Alvarez’s representatives claim he asked Golden Boy to explore other broadcast options (outside of DAZN) for a fall 2020 bout. “Although Golden Boy Promotions reported that it was talking to various broadcasters, it failed to put forth a single alternative plan by which it would pay Alvarez the $35 million it had promised him for each of his fights. Alvarez has suffered harm and damages, including, but not limited to, the denied guaranteed payments, lost gate revenue, and opportunities for ancillary revenue associated with bouts, such as sponsorships and apparel revenue.”

This one could get ugly, real ugly.