Anthony Yarde readies himself for Dec Spelman, despite personal setbacks 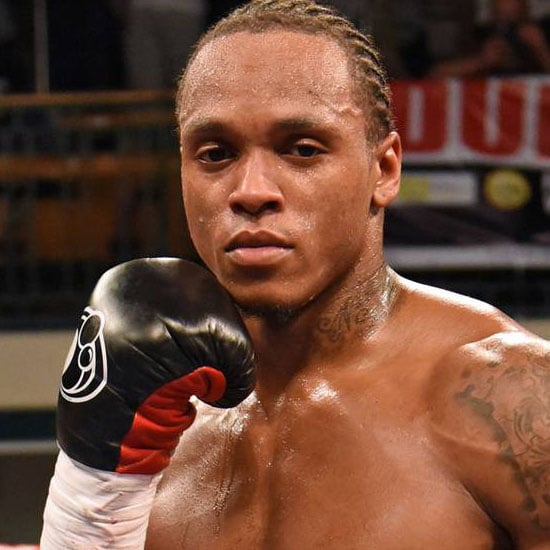 Big-punching British light heavyweight Anthony Yarde will face compatriot Dec Spelman in a 10-round scheduled contest on BT Sport 1 (7:30 p.m. GMT) at the BT Sports Studio in London on Saturday.

Yarde, who is rated No. 10 by The Ring at 175-pounds, suffered more than most during the height of the COVID-19 pandemic.

The 29-year-old Londoner lost his father and then grandmother within a few days of each other in late-March, early-April.

“It was a difficult time,” Yarde told The Ring. “It was something I was emotionally able to get through, but it’s something that is always going to be there.

“You’ve got to keep moving forward and try to make the rest of my life, the best of my life. That’s the mentality I try to move forward with life.”

The boxing world gathered behind Yarde (19-1, 18 knockouts) and he is grateful for the outpouring of kind words he received.

“Most definitely and that’s important,” he agreed. “Sometimes when people support you, even my rivals, Lyndon Arthur and Joshua Buatsi, both of them reached out to me, which is good, shows they have good spirit and character behind the boxing scene. It’s very important to get support from people. I’m appreciative for everybody’s support.

Yarde is now ready to get back to action and will face the durable Spelman (16-4, 8 KOs).

“I’m excited about the fight,” he admitted. “I’m excited to have my return to boxing and put in a fantastic performance.”

Yarde could be forgiven for looking past Spelman, after having given then-WBO titlist Sergey Kovalev a tough night before succumbing in the penultimate round of 12th in his lone loss last August. But Yarde is intent on putting down a marker for the division.

He respects Spelman’s skill set and isn’t taking him lightly.

“I’ve only seen one of his fights and that was against Lyndon Arthur,” Yarde said. “He punches very well. He’s going to throw punches and he’s not going to give up. He’s very resilient and has heart. Those are attributes of a decent fighter. It’s a good fight for me to come back and put on a good performance.

“I feel like I can exploit things everywhere. It’s different from watching on TV, but I have confidence within myself. I feel like anyone I get in there with, it’s going to be tough for them. If I do the right things, I feel like I could knock out anyone.”

While the light heavyweight scene is heating up in the U.K., Yarde has aspirations further afield.

“I’ve said this from the beginning, my ultimate goal is a world title,” he said. “I feel like I’m at that stage. They say, ‘If you shoot for the stars you might land on the moon.’ That’s my mindset. I don’t minimize my accomplishments. Commonwealth or British title, that’s a level I should be able to handle. I will shoot past them.”

Spelman turned professional in September 2014. The Lincolnshire-born fighter won his first 11 before dropping a 10-round points decision to Scott Westgarth.

The 28-year-old lost in the final of the Ultimate Boxxer II to Shakan Pitters. He went on to win the English title, but lost it in a rematch with Pitters. Last time out, he dropped a spirited decision to Arthur in a Commonwealth title fight.