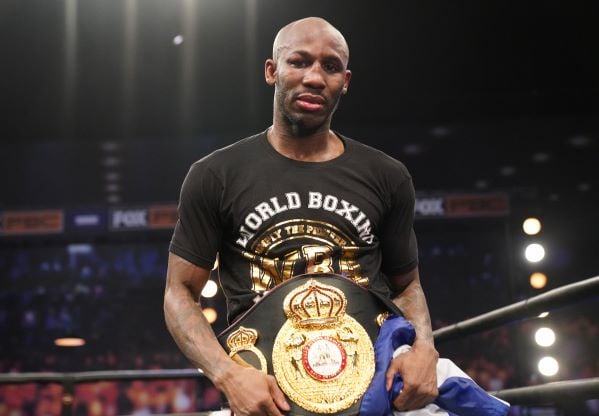 Yordenis Ugas headed into Sunday’s fight with Abel Ramos as a heavy favorite with two goals in mind. The first was to pick up the vacant WBA “regular” welterweight belt, and the other was to produce a statement win that could build demand for Ugas to face the other top 147-pounders under the Premier Boxing Champions banner.

Ugas got the first part done, though there’s room for debate whether his one-sided clinic over Ramos accomplished the second.

After 12 rounds at the Microsoft Theater in Los Angeles, judge Dr. Lou Moret inexplicably scored it in favor of Ramos, 117-111. The other two had it for Ugas by a far too close margin of 115-113, allowing the Santiago, Cuba native Ugas to improve to 26-4 with 12 knockouts, and to pick up the secondary title belt. Ramos (26-4-2, 20 KOs) of Casa Grande, Arizona, saw his eight-fight winning streak snapped.

“I set a goal when I was a child back in Cuba to become a world champion and I accomplished that goal tonight,” Ugas said. “I’m so grateful to everyone who helped me along the way. Ramos was a very tough opponent and I knew it was not going to be easy, but I wasn’t going to let this opportunity slip away.”

The story of the fight was Ugas’ jab, which came in singles and doubles, at a margin of 160-to-58 for Ugas. It kept Ramos from turning the fight into a brawl. Ugas pushed the fight behind a tight defense, content to pile up points while not opening too much.

Ramos made his opening statement in round three, countering Ugas midway through with a left hook to the chin which buckled Ugas’ legs momentarily before Ugas went back on the attack. Ugas was sharp and short for much of the night, though he looked amateurish late in the sixth, when he missed an exaggerated overhand right, similar to the one that produced an uncredited knockdown against Shawn Porter in a 2019 split-decision loss, and fell into the ropes.

Aside from Ramos’ flashes of activity, it was exactly the fight Ugas would have wanted, using the jab to snap Ramos’ head back, while never having to go beyond sparring mode. Ramos showed more urgency by round 11, pushing forward and looking to land right hands in the pocket.

.@abelramosboxing catches Ugas with a left hook that sends him stumbling just as the fight comes to an end, almost repeating what happened with Perrella. #UgasRamos #PBConFOX pic.twitter.com/ezhk3Rhhkn

Ramos remained dangerous to the final bell, as evidenced by Ramos’ Hail Mary knockout with one second remaining against Bryant Perrella in his previous fight. Lightning nearly struck twice in the final seconds of the twelfth, when Ugas elected to trade with Ramos, and Ramos was able to clip him with a hook, but there were no further dramatics this time.

“I came into this fight in the best shape of my life and it showed,” Ugas said. “Now that I’m a world champion, I want all the big names in the welterweight division.”

Omar Juarez gave a boxing lesson to a tough guy with a toughman background, winning a one-sided unanimous decision against the durable Dakota Linger. The scores were 80-72 on one card, and 79-73 on the other two, all for Juarez (8-0, 4 knockouts) of Brownsville, Texas.

The 21-year-old Juarez, who has sparred with Gervonta Davis prior to this fight, was much sharper than the overmatched Linger (12-3-2, 8 KOs), finding the gaps in Linger’s defense to land shots around the gloves and between them. Linger, whose only stoppage defeat came in 2018 against Danielito Zorrilla, lived up to his toughman reputation, lasting the distance to hear the scorecards.

“We knew that Linger would be a tough fighter, but we prepared for anything,” Juarez said. “I stay active and I’m always ready. It felt really good to get the eight rounds in. I showed that I’m a smart fighter. In my first couple of fights when I was getting early knockouts, I felt like I wasn’t really getting the work I needed. Tonight I felt really good and really strong. I’m ready for more.”