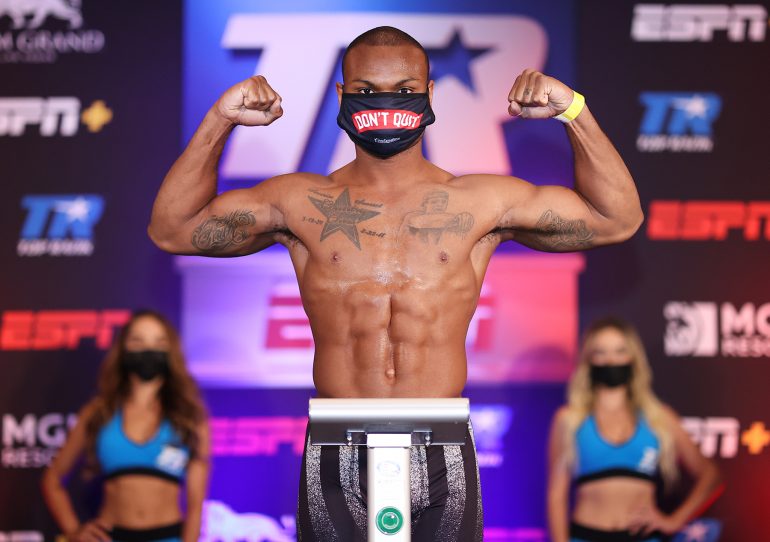 DeAndre Ware may be on leave from work, but that doesn’t mean he ever stops being a first responder.

Ware was in the commission room adjacent to where the weigh-ins would be held 30 minutes later, going through his pre-fight medical examination, when Top Rank coordinator Pete Susens collapsed due to a suspected heart attack. Ware, who is celebrating seven years this week with the Toledo Fire Department, jumped into action, reviving Susens with cardiopulmonary resuscitation, or CPR, a Top Rank source confirmed to The Ring.

Ware’s manager David McWater said Ware had to administer chest compressions twice while waiting for the ambulance to arrive.

“I’m here for my fight but I had to put EMS skills to work and do some cpr,” tweeted Ware (13-2-2, 8 knockouts). “Happy to say the guy was talking a bit and was alert headed to the hospital. I’m thankful! I feel I saved a life.”

Susens, a former pro boxer from Minnesota who accrued a 4-6 (2 KOs) record during the ’80s, is a long-time Top Rank employee. Susens was “lucid” and aware of where he was during the ride to a local hospital, but an update on his condition is not yet available.

Then, once the scene had been cleared, Ware stepped on the scale and checked in right at the 168-pound limit, slightly heavier than Steven Nelson (16-0, 13 knockouts), who weighed in at 167.6 pounds for their 10-round super middleweight bout. The fight will be the chief supporting bout for the WBO junior lightweight title bout between Jamel Herring and Jonathan Oquendo.

For McWater, the story of Ware’s bravery is hardly surprising.

“I must admit I cried when I first heard it. I’m 54 years old, I don’t cry a lot anymore,” said McWater.

“[Ware] is that guy. He’s just mentally tough and he’s not scared of anything, including life, not just in the ring but out of the ring. He faces danger every day.”

Ware, 32, is hoping to revive his career as well, after being stopped in his last fight in August of 2019, losing by eighth round technical knockout to Vladimir Shishkin. Ware has pulled off a pair of big wins against undefeated prospects Ronald Ellis and Enrique Collazo, but hopes that a win over the unbeaten Nelson on ESPN+ will lead to bigger opportunities and greater interest from the big promoters of the sport.

“We feel like if he wins this there’s gonna be big things for him, and he certainly is not gonna get outworked,” said McWater, who manages Nelson’s fiance’, Raquel Miller. “I love Steve, but he better come to work because Dre’s gonna work that whole fight. There won’t be any quit in him.”