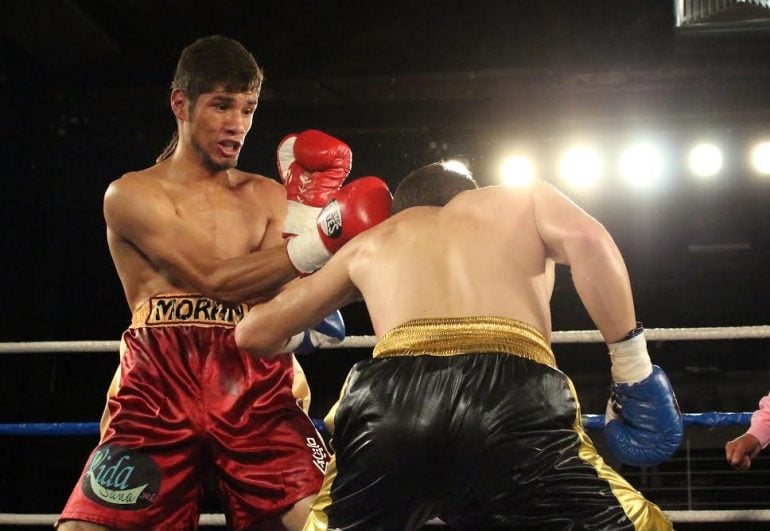 Antonio Moran has fallen short each time he has taken a step up in opposition.

Despite the setbacks, however, Moran continues to plug away, hoping to again land a fight on a significant platform.

The clash between Moran and Solis will also mark the final “Boxeo Telemundo” telecast of the 2020 summer series.

Moran (24-4-1, 17 knockouts) last fought on October 14, fighting to a split draw against unbeaten junior welterweight Yomar Alamo. The fight would take place over four months after the Mexico City resident was brutally knocked out by Devin Haney, who would eventually become the WBC lightweight titleholder.

The 27-year-old also took a step up in opposition in June 2018, losing a close unanimous decision to then-lightweight contender and former two-time world titleholder Jose Pedraza.

According to promoter Tuto Zabala Jr., a lot is on the line for Moran.

“I think the Moran-Solis fight is evenly-matched,” Zabala told The Ring on Wednesday morning. “Moran needs to win to return to what his career used to be [as a fringe lightweight contender]. Solis has the experience and the power. They’re both about 6-feet tall. We expect a true Mexican civil war.”

Solis (25-10-4, 21 KOs) has not fought since losing by knockout to welterweight Kerman Lejarraga on June 8 of last year. The 28-year-old Solis, who resides in Progreso, Mexico, has lost to contenders and prospects over the last several years, including Arnold Barboza, Jr., Antonio DeMarco, Ryan Karl and Giovani Santillan.

In the co-feature, welterweight prospect Xander Zayas (4-0, 3 KOs) will square off against Orlando Salgado (1-0, 1 KO), of Grand Junction, Colorado, in a four-round bout. Zayas, who was born in Puerto Rico and now resides in Sunrise, Florida, is promoted by Top Rank and managed by Peter Kahn.

Zayas will turn 18 on Saturday.

Zabala has promoted shows on four consecutive Fridays. Despite the COVID-19 pandemic, which has hit Florida hard, Zabala is grateful for the dates Telemundo has provided and competitiveness of the cards.

“Our return was a little more difficult than normal, especially without ticket sales, support from casinos, etc. But it’s a great time to take out the old and move forward, presenting solid fights for the viewers. We’re very happy as a promotional company for what we have accomplished together with my team.