DeAndre Ware doesn’t embrace the underdog role, he lives it 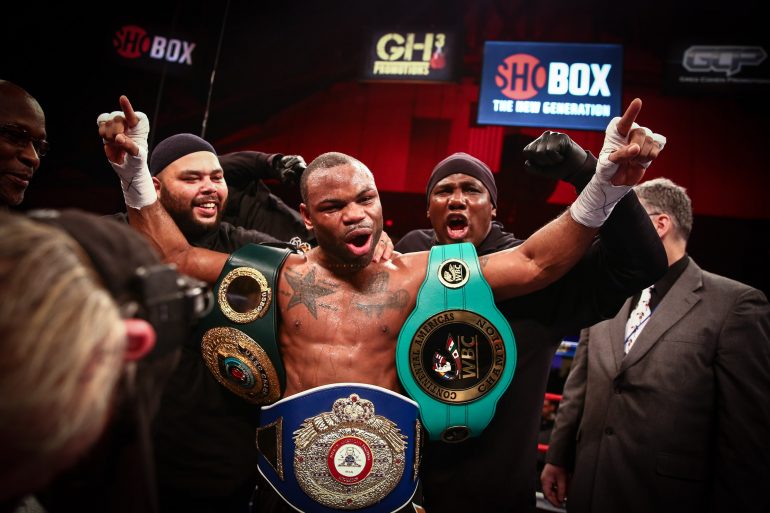 On Saturday night, DeAndre Ware will once again be an underdog. Or a B-side, or whatever the terminology one would prefer to describe the guy who isn’t expected to win. Truth is, he’ll be in the same position on Saturday against the undefeated Steven Nelson that he was in on Friday, and every day previous that the Toledo, Ohio native has been on this planet.

Embrace the role? No, DeAndre Ware lives the role.

“I’m very comfortable with it. I’ve been the underdog my whole life since growing up as a child. Growing up in the neighborhood that I’ve grown up in. Honestly, even the color of my skin,” said Ware (13-2-2, 8 knockouts), whose 10-round fight will be the co-feature of this week’s Top Rank card on ESPN+, which will be headlined by the WBO junior lightweight title defense by Jamel Herring against Jonathan Oquendo. Undercard action from Las Vegas begins at 7:30 p.m. ET., with the main card scheduled to start at 10.

Ware has beaten the odds in life before. This week marks his seventh year he’ll be working with the Toledo Fire Department, a job he took two years after his stepfather, Christopher Lawrence, was shot and killed outside the house young DeAndre had grown up in.

At just 5’9”, Ware starred as an undersized over-achiever on the St. John’s Jesuit High School basketball team, taking on the job of locking down the opposing team’s best scorer. He excelled even more at football, earning a spot on the University of Toledo team as a running back. When a knee injury derailed his future prospects in that sport, he picked up boxing. 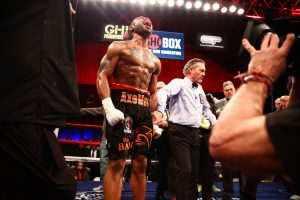 During his six-year career he’s managed wins over unbeaten fighters like Ronald Ellis and Enrique Collazo, despite having never had a promoter. He had hoped his time had finally come, but the best opportunities presented to him continued to be more tough bouts. His last four opponents have a combined record of 46-0-3.

Ware hasn’t fought since August of 2019, when he was stopped in 8 rounds by Vladimir Shishkin on a ShoBox card. Afterwards, he took time off to be with family, but he’d also ballooned up to the highest he’d ever been as a pro at 197 pounds. The COVID-19 pandemic meant gyms were closed, so he found a place to sweat at his cousin’s home gym in town. For sparring, he’d drive an hour north to Detroit to work out with Tony Harrison and Anthony Flagg, among others.

The plan initially was to drop down in weight – to 160 or even 154 – before the opportunity for this fight at super middleweight came up.

Training with a full-time job is hard; training with a job that requires 24 hours of your time per shift can be even more tricky. But Ware finds a way, waking up at 5 a.m. for his run before heading to the fire house at 7 a.m. and returning home the following day at the same time.

“I’m deprived of sleep because you get runs throughout the day, throughout the night. You learn to deal with it,” said Ware, who is managed by David McWater and trained by Lamar Wright. Some runs are more trying than others. A year ago, he was on a fire run where a baby had died. For Ware, who had a newborn was was in a Neonatal Intensive Care Unit after being born three and a half months premature, it bothered him even more.

“They have programs like that where you can talk to people,” said Ware. “But I think that’s just in me to be there for people and care for people and to be able to do it and not allow it to affect me in a negative way.”

Running into a burning building has similarities to stepping into a ring for a prize fight, Ware says.

“For me, you never know what you’re gonna get from either one of it. With boxing you can watch videos of your opponent but going in a fight you never know how your opponent is gonna be,” said Ware, before contrasting it with a burning building. “How hot it’s gonna be, where the fire is, just the conditions of whatever structure you go into, you just never know.

“It’s the same, you’ve gotta have that mindset to be able to go in and do your job and knock it out.”

In Nelson (16-0, 13 KOs), Ware sees many of the circumstances he would want for his own career. They’re both 32, but Nelson has a promoter in Top Rank, while Ware has none. But Ware says Nelson is undefeated for a reason, and sees that he’s coming of an eighth round stoppage of Cem Kilic, who had previously beaten Ware.

If Ware is able to upset the odds once again, who knows? He finally could get the deals he’s wanted all along, or, at the very minimum, to be in a fight where he is expected to win, and not doing so as a mild surprise.

“Yeah, I might be the B-side but that’s not how I look at it,” said Ware of Nelson. “He’s just another man in there just like me.”