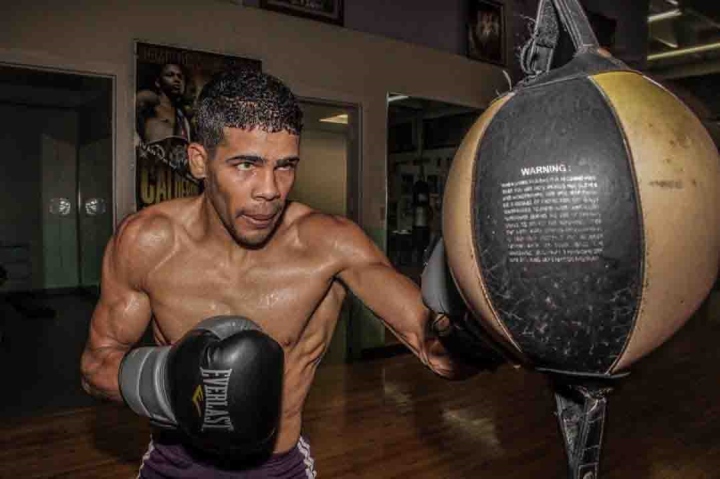 Floyd Mayweather continues to add to his stable of fighters.

Torres (18-0, 14 knockouts) has been training in Las Vegas after gyms on the island nation have remained closed due to the COVID-19 pandemic. Torres’ manager, Raul Pastrana, made arrangements for him and trainer Yoel Gonzalez to train in Las Vegas.

It was at the Mayweather Gym where Torres was able to spar high-level fighters, including former WBA junior lightweight titleholder Gervonta Davis. During several sessions, Floyd Mayweather watched Torres train and spar, prompting him to reach out to Torres.

“Floyd took a personal interest, because he saw him train for three weeks and was impressed with what Torres was doing,” said Mayweather Promotions  CEO Leonard Ellerbe. “He decided to sign him because Torres works very hard and we, as his promoters, want to continue with the tradition of producing great champions from Puerto Rico.”

“We are excited to welcome Jean Torres to our Mayweather Promotions family.”

Torres last fought on November 22 in his hometown of Trujillo Alto, Puerto Rico, knocking out Carlos Portillo of Paraguay in the opening round. Torres has knocked out his last seven opponents and nine of his last 10.

The 30-year-old was surprised by the interest from Mayweather, which led to the promotional deal.

“Signing with Mayweather is a dream come true and I will not make him regret it,” said Torres, who was a member of the Puerto Rican national team as an amateur. “What started from a temporary training situation ended with a significant step forward in my career and I want to prove that I made the best decision.”

“Mayweather liked Juan Carlos’ work ethic,” said Pastrana, who runs Spartan Boxing. “He was present when he had a great sparring session with Gervonta Davis and he came to us with the great interest in signing him to his promotional company.”